Australia’s prime minister Anthony Albanese has met with Chinese president Xi Jinping for the first time in six years, in what the Australian wine industry hopes is the first step towards normalising relations that could lead to the dropping of China’s punitive tariffs on Australian wine. 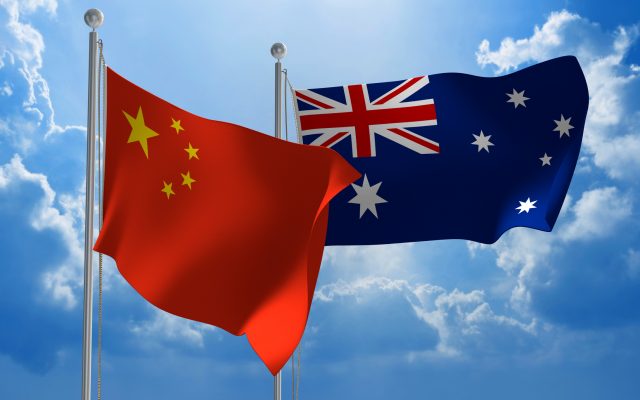 The 32 minute meeting between the two leaders, which took place at the G20 summit in Bali yesterday (Tuesday), saw Albanese press the Chinese leader to lift China’s punitive export sanctions that have contributed to wiping AUD$2.08 billion off the value of Australian wine exports in the year to 30 June 2022.

Albanese called it an “important step” in re-establishing the ties between the two countries, but warned that there were “many steps still to take”, played down the possibility of the trade restrictions – which affected Australian exports from beef, to barley, coal, copper, iron ore and seafood, as well as wine – being eased any time soon.

The duties were said to be imposed by Beijing in reaction to the perception that Australia was dumping cheap wines into the People’s Republic – a charge vigorously denied by Australia. However as Australian news outlet ABC points out, most of these sanctions were imposed in the wake of the dispute over former prime minister Scott Morrison’s call for an inquiry into COVID-19, and the souring of Chinese-Australian relations can be traced back to the 2018 decision by then prime minister Malcolm Turnbull to ban Chinese telco Huawei from Australia’s 5-G network.

Either way, the result has been the dramatically shrinking of what was once a key market for Australian wine – before the crisis, China had accounted for 39% of all Australian wine exports, but in the first year, wine exports to mainland China fell by 97% in value on volumes down 93% – a loss of nearly $1 billion in value and 90 million litres in volume. The most recent stats show that exports to China fell by 64% in the year to 30 June 2022 to AUD$328 million, and tonnes of grapes were reportedly left to rot in Australian vineyards as vine growers said wasn’t worth picking them.

Tony Battaglene, chief executive of generic body Australian Grape & Wine told the drinks business that the biggest impact was in the number of companies exporting to China, down from around 1,500 “to a handful”.

“About 1,000 of those companies aren’t exporting now,” he told db back in July.

Some Australian wine producers have tried to offset the damage caused by the tariffs – with some success –  including Treasury Wine Estates’ (TWE) Penfolds brand, which has started to release wines from multiple points of origin, including California, France and China itself.