More than 18 months after China imposed crippling tariffs on imports of Australian wine, the impact of the move has proved to be both wide-ranging and severe, effectively wiping the industry’s most lucrative overseas market – worth more than AUD$1bn a year – off the map. 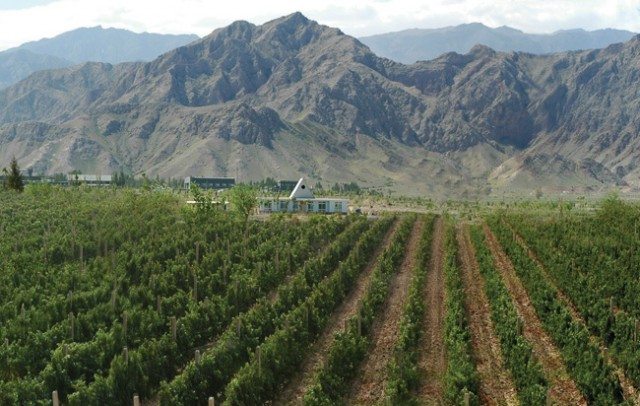 Producers have striven, and with some success, to offset the damage caused, the most notable example being Treasury Wine Estates’ (TWE) Penfolds brand, with its strategy of releasing wines from multiple points of origin, including California and, imminently, France and China. But, for the broader Australian wine industry, the worst may be yet to come.

“The biggest impact has been on the fall in the number of companies exporting to China,” says Tony Battaglene, chief executive of generic body Australian Grape & Wine. “There were around 1,500 companies and that has fallen to a handful … about 1,000 of those companies aren’t exporting now.”

Given the severity of the tariffs – 107.1-212.1% initially in November 2020, rising to 116.2-218.4% in March 2021 (the rate varies by company) – that’s hardly surprising. China maintains that Australia was “dumping” wine on the market and unfairly subsidising its wine industry, although many see the move as retaliation for Canberra’s support for an international inquiry into the origins of Covid-19.

The row has impacted Australian exports more widely, including beef, barley, coal, copper, iron ore and seafood, and the Australian Government is awaiting a WTO hearing into the matter later this year. But WTO wheels turn slowly, so even a positive outcome will be of little immediate use to hard-pressed wineries and grape growers. 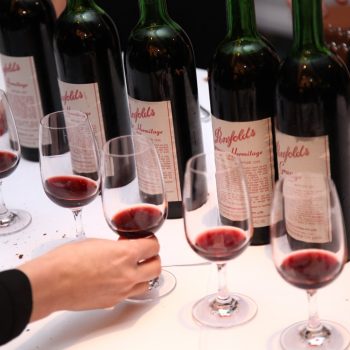 The highest-profile casualty of the saga is undoubtedly Penfolds. Before the tariffs, China accounted for 39% of the global revenues of its high-end Bin and Icon range; the country was the source of two-thirds of TWE’s Asia earnings, and 30% of the company’s group earnings.

In the circumstances, you might expect Penfolds and TWE to turn their backs on China; in reality, the opposite is true. Earlier this year, TWE announced the release of the first Penfolds wine made in China, and CEO Tim Ford took the opportunity to underline – repeatedly – the company’s “long-term commitment” to the market.

The wine – a red blend featuring Cabernet Sauvignon sourced from the Ningxia region of northern China – is a trial, with “a modest allocation” set to be released domestically in China in late 2022. According to Penfolds’ Shanghai-based MD, Tom King, the price-point will be “entry-level luxury”, at about AUD30-50 a bottle.

This is not so much a panicky reaction to the tariffs crisis, but rather the acceleration of a pre-existing long-term strategy. It’s four years now since Penfolds released a 28-year-old, AUD$425 brandy, Lot 1990, into travel retail – a move it followed with releases of a baijiu-fortified Shiraz, a trio of Champagnes made in association with Thiénot and, in February last year, four high-end Napa wines, two of them including small quantities of South Australia Shiraz in the blends.

“Penfolds wine sourced from California is available in China, as well as a very small quantity of Australian-sourced Penfolds, with tariffs applied,” King says. “Two new French wines will be released as part of the annual Penfolds collection launch this year, and available in China from August/September 2022.”

“We’re focused on controlling what we can, and have used the introduction of tariffs as an opportunity to accelerate plans we’d already had under way across our business – producing Penfolds in China is one of those, together with continuing to develop our multi-country of origin portfolio,” says King.

The company has also moved to reallocate high-end wines from Penfolds to other markets – King highlights success in Thailand, Malaysia, Singapore, Japan, South Korea and Taiwan, as well as the US and Europe – but this can only go so far in making up for a market as vast as China.

Penfolds global organic revenues fell by 16.3% in the last six months of 2021 (the first half of TWE’s fiscal year), with earnings (constant currency) down 17.4%. This despite the brand’s 49.1% surge in revenues outside mainland China, and a 119% hike in Asia sales, again excluding China.

If it’s this difficult for a company the size of TWE to pivot away from China, imagine how tough it is for smaller producers with more limited resources.

“The larger companies who were exporting high-end product with established brands have done a good job building new markets – particularly in Asia,” says Battaglene. “However, we have only managed to reallocate some 25-30% of that product at this stage.”

The situation is exacerbated by the current pressures on the supply chain – it’s not easy to switch to new markets if you can’t ship to them in a timely fashion – and the myriad of other cost pressures currently impacting industries worldwide.

In this already challenging scenario, what are the China tariffs costing the Australian wine industry, in terms of revenues, jobs and insolvencies? “We don’t have any real figures yet, and the damage is starting to really bite now,” says Battaglene, who notes that prices for red wine grapes almost halved in many areas during the 2022 harvest in Australia.

“This will mean that growers will exit the industry, and we are currently talking in the industry and with the government about adjustment packages,” he adds. “On the winery side, there has been considerable resilience shown, and a strong domestic market has helped.

“However, the ongoing Covid [pandemic], plus the fallout from the Ukraine-Russia conflict, has generated issues around freight, labour shortages, high input costs and inflation [which] are starting to put real pressure on producers; 2023 is likely to be a very difficult year for many.”