Armit Wines has been named as the exclusive UK importer for Esprit de Pavie, on the back of a new partnership with the St Emilion’s 1er Grand Cru Classé, Chateau Pavie. 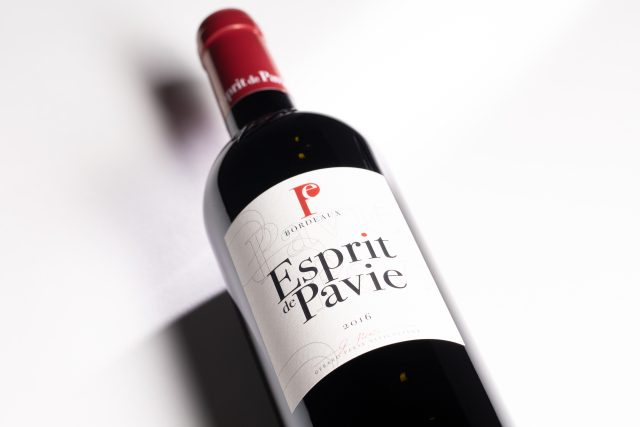 Chateau Pavie owner, Gérard Perse said he created Esprit de Pavie – which has been described as a “democratic bottle of Bordeaux” to share his passion “with as many people as possible”.

“I have always given the same care and attention in winemaking to Esprit de Pavie as Château Pavie and our other properties, to ensure each bottle’s high-quality level,” he said. “With Esprit de Pavie, I believe we allow access to many consumers to the world of fine wines, and we know well how the English people are keen with fine Bordeaux. Thanks to its knowledge of the market, its experienced team and its long-term vision, we trust Armit Wines is an ideal partner to relay these messages of quality and to develop further this brand in the UK.”

Chateau Pavie commercial director Olivier Gailly added that the companies were “very much aligned in term of growth objectives and brand development” for Esprit de Pavie. “Armit has proven success with other great wine brands in the UK, and we look forward to being able to offer Esprit de Pavie to a wide range of consumers and wine lovers through this partnership,” he added.

Armit’s managing director Brett Fleming added that the long term growth plans were centred around building “real equity in conjunction with our trading partners”. “Esprit de Pavie not only delivers this through tangible action, but the opportunity to illustrate the added value Armit can bring to any premium wine supplier,” he said.

Château Pavie is one of the largest St Emilion 1er Grand Cru Classé, with over 35 hectares of vineyards located exclusively on the St Emilion Côtes. Pavie is situated south-east of the village of St-Emilion and its vineyards lie on a south-facing slope of the famous limestone plateau.

Esprit de Pavie is made using 100% estate-owned grapes from south-facing slopes of the Dordogne valley, primarily from two vineyards in Castillon Côtes de Bordeaux, which accounts for approximately 80% of the sourcing, along with grapes from younger vines in Saint-Emilion Grand Cru vines, Château Pavie, Arômes de Pavie or Château Monbousquet.

Alcoholic fermentation begins naturally in temperature-controlled tanks and after several weeks of vatting, malolactic fermentation is made in tank. The wines are then aged for 15 months in barrels that have already been used once for Château Pavie and Château Monbousquet.

Château Pavie was bought by Gérard Perse in 1998 from  Jean-Paul Valette, who had owned it for many year. Perse also owns Pavie-Decesse, Monbousquet and Bellevue-Mondotte.

The 2016 vintage – which comprises 65% Merlot, 20% Cabernet Franc and 15% Cabernet Sauvignon – was described by Antonio Galloni 0f Vinous  as “pliant, supple and inviting…. a terrific choice for drinking now and over the next few years”. Meanwhile  Lisa Perrotti-Brown of Wine Advocate said the medium to full-bodied wine “fills the palate with juicy black berries and savory layers, framed by rounded tannins and a lively backbone, finishing with a minty kick”.