The share price struggles of Naked Wines are well-documented, with the recent return of founder Rowan Gormley suggesting an urgent need to steady the ship. But, despite the challenges of recent months, the wine team is optimistic that its “off-piste” offerings will help the company to weather the storm. 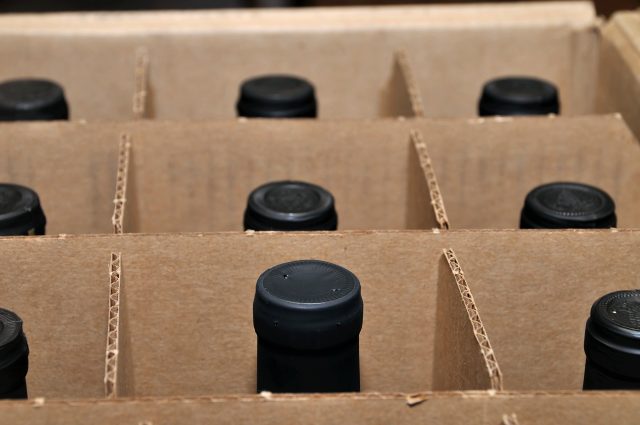 With 350,000 members, or ‘Angels’ as they are known, in the UK and another half a million elsewhere around the globe, Naked’s model is a sort of ‘wine piggy bank’, where investors chip in money each month and then spend it where they choose to, clearly has appeal – and this number is growing.

At last week’s press tasting, Smith told db that the Naked Wines approach isn’t “reinventing the wheel”: “Now, I think we’re quite mature. We’ve got a much bigger range, and we need to we need to ensure that it’s fit for purpose, it stacks up well in the market against our competitive set, if it’s what our customers are asking for. But we’re, I think more than most retailers, very customer centric. We have an engaged customer base by virtue of the fact that it’s a sort of membership, they pay a subscription, they are engaged financially in the business, and they want to know what’s going on.”

“We also listened to consumer feedback,” Smith continued. “The feedback was that we didn’t have as broad a range as some of our competitors. And we weren’t as strong in particularly Old World and more traditional Europe. And I think you know, we grew significantly over Covid. We’ve benefited from that bubble. But, if we’re going to continue to grow sustainably, we need to definitely appeal to a broader demographic of customers and we were probably missing a bit of a trick in terms of the traditionalists, you’d call them the customers that expect Bordeaux.”

The inclusion of “traditional” Old World wines, such as Premier Cru Chablis or red Bordeaux from both sides of the Gironde, in the Naked portfolio certainly marks a departure from the model Naked started with in 2008.

However, selling “off-piste” wines, such as Moldovan Pinot Grigio or Moschofilero from Arcadia in Greece, does have enormous value as a unique selling point, according to Smith, and remains the company’s “bread and butter”: “There’s always been a powerful appreciation of experimenting on new things within Naked and I think that is generally because people are more inquisitive now than they ever have been. This [gesturing at the bottles set out for the tasting] is all a bit round the fringes…I do think as people travel again, and they become more worldly, they are looking to experiment, and that’s in food and wine.”

Singling out the Moldovan Pinot Grigio, made by Serena Cordero, Smith said: “For £7.99, it’s as good as Pinot Grigio can get. The beauty of the whole thing is we’re not just simply putting that on a supermarket shelf and hoping somebody notices it and buys it, we can tell the story of the winemaker behind it…we can say ‘we back this winemaker’ and the community can get behind it.”

Closer to home, English wine also has a growing appeal for members, and for the Naked Wines wine team, with plans for further expansion: “We haven’t launched the wine yet, but we are funding a chap called Kieron Atkinson, who is based in Derbyshire. He’s sourcing parcels of fruit from all over the country, so it’s less about Derbyshire and more about English wine…So he’s making wine exclusively for Naked from the 2022 harvest. It hasn’t launched yet, but we’ve been able to do a big warm up campaign for him, get his profile live on the site, get our customers to know him upfront so they can follow the story from harvest to when it’s on the shelf so they feel they know the wine already.”

When asked if there is a typical Naked Wines customer, Smith said: “They’re broad set of customers…marketers have got lots of different terms for different demographics. But we do well with what I think people call ’empty nesters’, where they’re a bit older, their kids moved out, they’ve got a lot of disposable income, and they’ve got time on their hands.”

As for whether there is a trend for consumers to opt for quality over quantity, Smith said: “We’ve seen more sales growth in what we’d call the ‘sweet spot’ which is £9-12…They [consumers] are definitely trading up, that’s where the real action is happening from what we can see. Volume is not the name of the game necessarily.”

While the wine team remains upbeat about the company’s direction, the fallout from CEO Nick Devlin’s comments about not pursuing “growth at any cost” has still left much uncertainty among the board, with one non-executive director jumping ship after less than three weeks.