How viable are Portuguese grape varieties in Chile?

One Chilean producer is waving a flag for planting Portuguese varieties in Chile, but how likely are these grapes to flourish in the South American climate? db investigates. 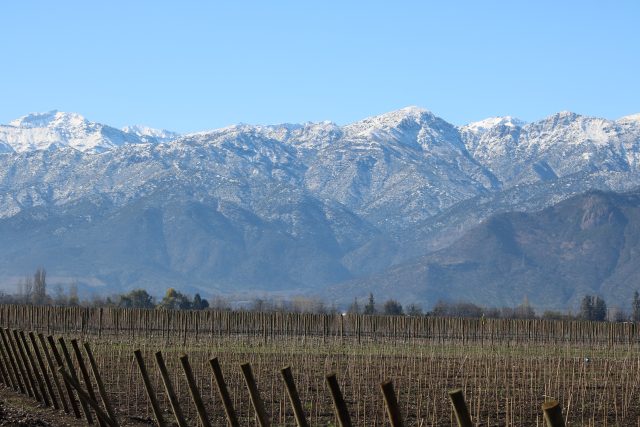 Los Boldos, in the Cachapoal Andes Valley, is not only one of Chile’s foremost premium wine producers, it is also owned by Portuguese wine group Sogrape, which gives it a secret weapon of sorts.

Despite having traditionally focused on Cabernet Sauvignon, Los Boldos’ winemaker is now eyeing up indigenous grape varieties from its parent group’s native Portugal, and is experimenting with plantings to see how these might fare in Chile’s varied terroir.

One of these varieties is Touriga Nacional, which winemaker Meinard Bloem says “behaves very differently in Chile”.

Despite having similar granitic soils to Dão, Cachapoal in Chile is surprisingly seeing far more generous growth from the variety. “Touriga Nacional offers five times the volume in Cachapoal as it does in its native Portugal,” Bloem tells db.

He attributes the abundant yields to the use of carefully selected vines, which are free of viruses. “I guess that most of the vines grown in Portugal are relatively old, and unirrigated,” he says. “At Los Boldos we currently have 2.8ha planted, of which 0.22 is ungrafted and the rest grafted on top of Cabernet Sauvignon.”

Bloem would like to introduce more Portuguese varieties to Los Boldos’ vineyards, including Touriga Franca, which he says people are “sceptical about ripening in Chile.”

There is a further Portuguese variety in his sights in terms of its potential for use in Chilean wines.

“One that taunts me a lot is Souzão (Vinhão): a high-acid, high-colour northern variety that is making some very ‘wild’ reds in the Minho (red Vinho Verde) and used to add colour and acidity in Port wines,” says Bloem, who joined Los Boldos in 20201 just before the harvest.

“Alfrocheiro is another good candidate, for opposite reasons. Tinto Cão is another good option. And for white wines: Arinto and Alvarinho (Albariño in Spanish). The latter is already in Chile; Fernando Almeda makes a very good one.”

He also pinpoints Trincadeira (Tinta Amarela), which was rediscovered growing in the South of Chile as being another Portuguese grape to watch. ” If the plants are healthy, this could well add another variety to our list”.

But what of the wines being made from these Portuguese varieties? Los Boldos produces a single variety Touriga Nacional, which has floral characteristics, “almost Bergamot, which is not usually on my red wine descriptor list,” says Bloem.

A Touriga Nacional rosé is also available from the brand, which is “less floral and more citrus driven”. According to Bloem, on the nose it is “almost a white wine, with apricot, lemon peel and tangerine notes. The alcohol is normally low, as we struggle to ripen it much beyond 12%, and the acidity is gentle. Both wines are exported, mainly to Brazil and Portugal”.