Terracotta has been used to ferment, age and ship wine for thousands of years and has proved itself to be a perfect container – sustainable, durable and breathable. Now, its qualities are being recognised by a new wave of Italian winemakers, who are making age-worth wines, reports Filippo Bartolotta. 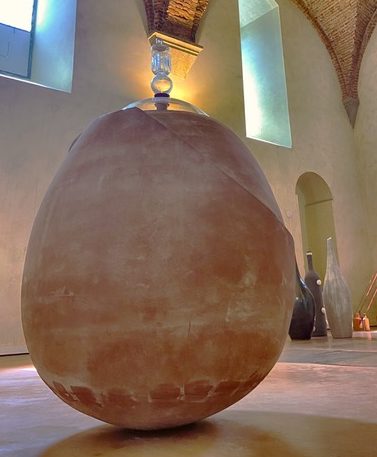 Terracotta wine jars are thought to be the oldest method to ferment, age and ship wine – and example can be found across history, from Georgian Qvevri around 6,000-4,000 years ago (where the temperature and humidity was controlled by the earth that buries the Qvevri all the way up to its neck), to 2,000 year-old Portuguese Talha and 600 year-old Tuscan Renaissance terracotta. It is a phenomenal product which, thanks to its natural characteristics, became a perfect wine making machine in the first days of civilisation.

It has the exceptional thermal insulation capacity of clay, breathability that allows the same amount of oxygen that one gets from a barrique but without imparting any added oak flavours to the wine, and the eternal durability – a great ally for today’s sustainable certification.

Although the ancient Greeks and the Etruscans have been using terracotta for wine conservation and shipping all over the Mediterranean, it was in 1996 that Josko Gravner, a winemaker from the Collio Goriziano region in north-eastern Italy, close to the Slovenian border, fell in love with the Georgian Qvevri in Italy. 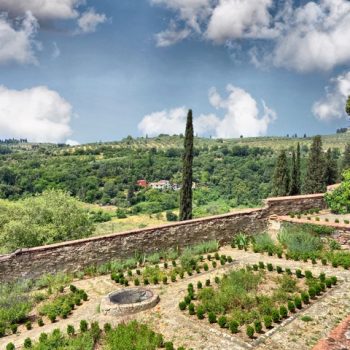 Gravner has been a pathfinder with his extraordinary Ribolla macerated on the skins – one of the fathers of orange wines who inspired many natural wine winemakers. However, for too many years too many oxidative and overly macerated wines came to the market – wine with no sense of place. Regardless of the variety, the latitude, soil or altitude, they all tasted pretty much the same: oxidative, dry camomile flowers, dates and dry apricots often with a phenolic astringent mouth, dry apricots and, when really bad, with a bitter finish.

But things are changing. Over the last ten years, the terracotta wine scene in Italy has developed and one of the main reasons is the development of a better closing system, not unlike the airtight lids in stainless steel that allow complete isolation of the wine from oxygen.

The little hamlet of Impruneta has been celebrated for the exceptional quality of its clay since the first half of the 14th century – its many workshops and skilled artisan supplied terracotta to build some of the splendours of the Renaissance Florence, including the dome of Brunelleschi’s Cathedral and other major buildings of the city.

In 2008 Artenova, one of these workshops ,started to make terracotta wine jars. Together with the departments of chemistry and architecture of the University of Florence, they have been studying all historical, design and chemical aspects.

Today Artenova is the leading company in Italy for the production of wine-jars with markets all over the world. Scientists, winemakers and journalists are invited each year to round up for a series of events and seminars to better understand terracotta. I had the opportunity to discuss a case on the ageability of Terracotta wines at the most recent one, held in the mighty Certosa dell’Impruneta in Florence.

In the wine industry many people are aware of today’s positive impact of terracotta in wine thanks to the micro-oxygenation helping fixing colour and stabilising wine with no added aromas. Also the wonders of more lingering tasting wines thanks to the presence of natural mannoproteins (naturally occurring group of proteins found in the cell walls of yeasts) present in the fine lees during a few months of terracotta-ageing.

According to Adriano Zago, one of Italy’s leading expert in biodynamic eno-viticultural practice, terracotta jars are “”neutral positive” vats.

“They allow oxygen to create a better polymerization, letting the purest varietal characteristics out without any addition of tannins and external aromas,” he says.

Of course there is a major issue regarding the impact of heavy metals the clay could leave in the wine – but the terracotta in Impruneta is one of the cleanest in the world, leaving no traces, he says?.

But how do Terracotta wines age? The common expectation is there there is little or no ageing potential as terracotta helps the wines to be readier soon but would make them more oxidative. That’s what I thought as well until I had the chance to taste a few dozen older wines, and changed my mind. 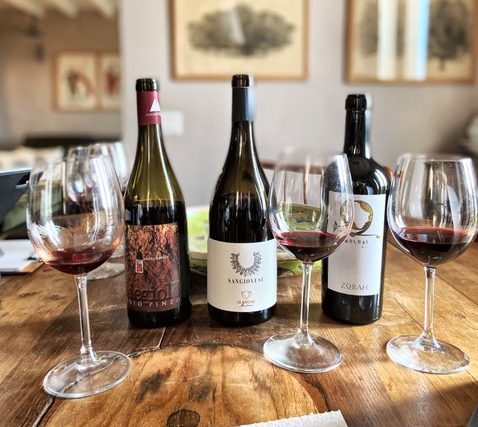 Carla Benini and Edoardo Ventimiglia have been making great 100% Cilielgiolo in their Pitigliano estate in South West Tuscany since 1990. Recently from a mix of tufaceous and volcanic soil they started producing a 100% Ciliegiolo single vineyard Poggio Pinzo fermented and aged for 11 months in 7hl terracotta jars. The 2016 seems like a warm Tuscan Volnay. Stunning juicy umebosci (salted Japanese plums), violets, tobacco, beetroots, propolis and sour cherries. So easy to drink and yet complex!

Stefano Casadei in the Chianti Rufina areas produces wine in 500 and 800 Litres terracotta jars, including this 100% Sangiovese, which is aged in the jars for a month. Some austere Sangiovese tannins, a great liquorice, leather and black cherry complexity, stunning acidity and an austere finish. Still a lot of aging potential.

Elisabetta Foradori took over the 1901 estate in 1984 turning it into a biodynamic one in 2002 and today her children are running this wonderful winery. From the alluvial sandy and pebbles soil of the 2.5 single vineyard hectares of Sgarzon, Teroldego goes under fermentation and fining with its skins for roughly eight months in tinajas (Spanish clay) amphorae. I would have been able to drink the entire magnum by myself. A tremendously juicy wine with so much energy and sapidity. It’s all about small red berries, dry goji berries and dry cranberries. Intense, lingering, complex but so easy to drink and still with plenty of aging potential.

From old bush tree vines of Areni, 1400m above sea level, in the biblical Mount Ararat in Armenia comes Zora.  Old vines, very old amphorae (KARASSI) where the grapes are fermented and fined for six months. Owner Zorik Gharibian, an Armenian who grew up in Italy, notes that “It’s so far away from everything we can go there only once to prune and once to harvest our beloved pre-phylloxera Areni.” What I remember the most is the perfect tannic touch of this unique wonderful red with still so much aging potential. Dry figs, officinal herbs, red mountain strawberries and a gunflint touch. Bee wax, lemon peel, pine sap, oregano and smoke.

Over 100meters of foliage for each plant of this incredible poplar-tree trained vines of Asprigno di Aversa variety. Cultivated near Benevento in Campania, an ancient variety with a Greco di Tufo style. Seven months in amphorae and six months in inox (stainless steel). A wonderful Riesling-like creamy acidity, ginger, lemon skin and lemon juice, with some white pears and elder flowers. Still so young and so much potential.

3-4 months of maceration in the terracotta from this tiny one hectare single vineyard Friulano in Corno di Rossazzo near Udine, Friuli. Broom flowers, wild fennel, almond and mountain herbs with an infiltrating Mersault head match hint! A very elegant and intense fine White from a very humble family producing this Friulano in the old Eocene marl soil called Ponca. The wine has got still a long ageing potential.

From the Vulcano of Roccamoffina in Campania, Diana e Mario produce this Calendula, tangerine, lemons and lime driven Fiano still so alive and kicking. Around for months of terracotta. The wine has got a typical toasted almond, and wild flowers aromas of a great Fiano, known for its age-ability.

Macerated Albana in terracotta till March. Four hectares of Albana in the cold clay soil of the Colli Bolognesi in Marzabotto, near  Bologna. Like Trebbiano, Albana is full of polyphenols such as catkins which would release a tannic structure and a sapid vein at once. This is in place od the acidity which Albana is actually lacking. The result is an apricot driven wine with an elegant earthiness to it, some liquorice and peach and a very distinguishing pleasant tannic finish.