Last week Treasury reported full-year results that were ahead of market expectations and indicated that its much revised business plan is paying off. 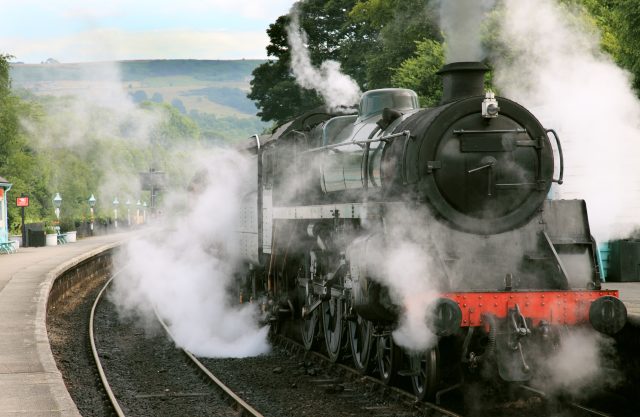 Cheery news for investors in Treasury Wine Estates, the Melbourne-based group that is the world’s single largest quoted wine producer.

But what really buoyed investors was Treasury’s enhanced dividend of 16 cents per share for the full year.

Higher than both last year’s final dividend and the interim paid in April, it shows Treasury is firmly back on track toward its best ever payout, which was achieved in 2019, ahead of both the pandemic and China’s imposition of penal tariffs on Australian wine.

Key to the rapidly improving picture was what chief executive Tim Ford termed the “genuine momentum within each of our brand portfolio and divisions which are making great progress on their strategic priorities while delivering strengthened financial performance right across the board.”

Compared with the gloom engulfing the group two years ago, Ford predicted further enhanced performance in the next 12 months based on his recovery plan following the effective closing of the China market to Australia’s biggest producer.

“It’s full steam ahead,” he predicted, adding that he was “very confident” of being on the right trajectory towards the targets he set for 2025.

Each team has “a very, very clear path towards its long-term goals and financial objectives,” he said.

The long-term financial objectives for Treasury are to deliver sustainable top-line growth, high single-digit average earnings growth, and a group operating earnings margin of more than 25%.

There are two key elements to Ford’s strategy; premiumisation and developing new markets to replace much of the A$1 billion per year business that has been lost in China.

Treasury has already taken some price rises to help offset the extra costs imposed by present global conditions and Ford plans further increases within the next 12 months.

“The majority of our price increases are on our luxury wines and on some premium wine brands, largely Sauvignon Blanc New Zealand brands like Squealing Pig and Matua,” he told The Sydney Morning Herald.

“A few of our [Penfolds’] Cabernet ranges will look to increase prices over the next 12 months because we’re in a fortunate position now where demand exceeds supply on some of our Penfolds portfolios,” he added.

Otherwise, the “majority” of the price increases on luxury wine would be outside of Australia, such as for the US market’s Stags’ Leap and the recently acquired Frank Family Vineyards lines.

“The wine category has proven to be resilient through past periods of economic tightening like we’re going through now around the globe, with wine typically seen as an affordable luxury by many consumers,” Ford said.

“Consumers will become, we believe, increasingly discerning in the way they spend their disposable income.”

However, this year’s price increases did not fully offset the extra costs faced by the business. Treasury took a AU$25 million hit due to logistics and global supply chain issues that are expected to impact 2023 profits by a further AU$25 million, despite stringent controls.

Long-term, Treasury has hopes of a making a strong return to China with Australian wines, especially the iconic Penfolds range. Last week Treasury won a landmark judgement in its efforts to  prevent faking of the Penfolds range, which remains widespread in China.

Meanwhile, it is maintaining a presence  by supplying China from its vineyards the US and Bordeaux as well as from Ningxia in China itself.

In the immediate future, however, much of the Penfolds effort is to develop previously under-tapped markets in South East Asia.

“We now have a customer account list of every account that we want to be in in all of these markets, which we haven’t had before,” he said. “The next stage is how you build velocity of those sales in those accounts.”

It was a “really tried and true playbook” that resulted in the company’s previously roaring success in the China market.

“We’re going to do the same thing in those markets … that’s what gets us really excited,” he said in an interview.

Net sales of Penfolds outside mainland China grew by 45% in the year to June 30. The strongest performance was in Asia, where sales jumped 106%. But the previous reliance on sales to China was shown by the division’s overall sales falling by 9.1% despite increased activity elsewhere.

“The Australian portfolio is still the core, but the new countries of origin will be the focus in mainland China,” managing director of Penfolds, Tom King, said.

“Hopefully, as we are able to fulfil demand and source more fruit and make more wine, we’ll be selling more of the multi-countries of origin around the globe.”

In the past year, the  American brands, which include Beringer, Matua, Sterling and rapper Snoop Dogg’s 19 Crimes, performed better than Penfolds. US net sales revenue grew by 2.5%,

Treasury hopes that performance will be bolstered by the launch next month of a 19 Crimes-branded sparkling wine label  that will promoted by Snoop Dogg.