Concha Y Toro saw turnover and net profits in the first half of 2022, despite the “complex and challenging” economic environments – but volumes fell by nearly 10% as consumers in some key markets adjusted their post-pandemic habits. 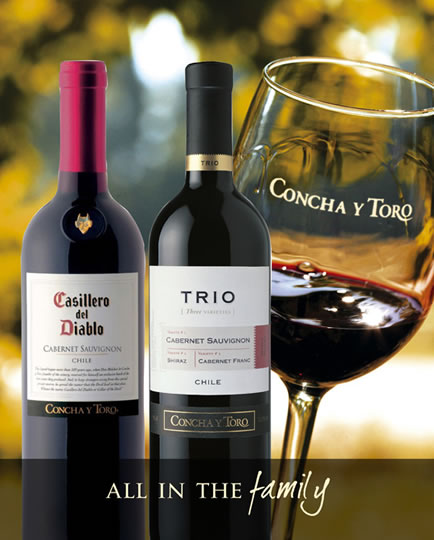 Turnover at the Chilean company rose 7% to Ch$400,236 million (US$445.9m) on the back of favourable exchange rate and an increase in price, which offset the 10.1% fall in overall volumes sales.

CEO Eduardo Guilisasti Gana said that the first half of 2022 has seen a “highly complex and uncertain global operating and macroeconomic environment” that has challenged the company to adapt to new logistics and commercial realities.

Volumes fell by around 10% – and although Gana noted that there were contractions in the premium segment, he said he remained certain that “our strategic vision and investment in brand and market building will continue to bring growth and profitability to the company”.

The 10.8% fall in total volumes was largely as a result of lower demand in Europe (which accounts for around 36% of turnover),which saw sales  down 1.1%, on volumes down 15.3%. This was led notably the UK, where post-pandemic consumption habits were becoming “normalised”, the company said.  UK volumes declined 12.2% as consumers  reflecting returned to more normal shopping behaviour  which there was also a price increase in the market.  Additionally, the UK suffered from poor comparables from last year’s strong sales.

Other market where lower volumes were recorded were Russia and Ireland, with volumes in Asia were affected by a gap in shipments to Japan and South Korea.

The domestic market in Chile saw a contraction in non-premium wine as well as beers and spirits, the report said, after a period of “extraordinary growth”.

However volumes across Latin America, which makes up around 18% of turnover, performed strongly, led by Mexico (which saw values up 48.6% on volumes up 29.9%), while Canada also saw strong growth.

Overall sales in the US rose 6.7% in the first half of the year to Ch$63,998 million (US$71.2m) as the average price mix rose 5.2%. However, total volume fell 15.3%, as the sub $8 non-premium portfolio fell, as well as the impact of logistic disruptions on shipments of Chile and Argentina wines. Worth noting however is the growth of the super & ultra premium portfolio (albeit of a a small base) which rose 200% in volume and 265% in US dollars.

Despite cost management and an expansion in gross profit, operating profits fell largely as a result of higher costs across sales and administrative, employment and logistic expenses although there was also investment in brands.