Chile’s Vik winery is releasing a Champagne next month featuring a foil and gold sleeve depicting a woman’s face in a striking design that evokes “The Great Gatsby era”. 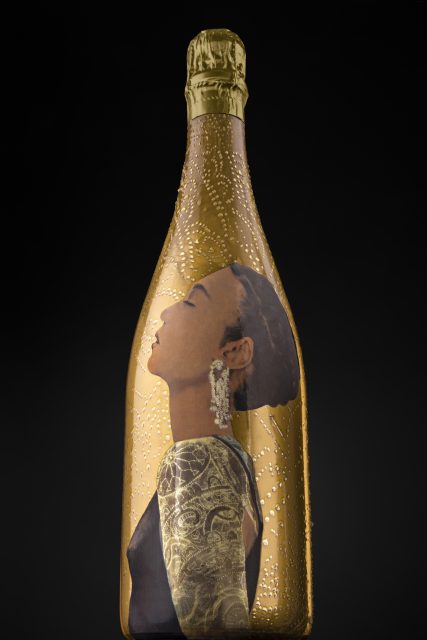 Made in collaboration with Russian artist Elena Trailina, the Vik Champagne continues in a line of packages from the producer called La Piu Belle – meaning ‘the most beautiful one’ – that feature works of art.

With the existing wines hailing from the Vik estate in Chile – La Piu Belle red and rosé – this is a marked departure for the group, which also has a hotel at its winery in the south American nation, as well as further ‘retreats’ in Uruguay and Italy, where it has an art gallery too.

According to Vik, the producer spent more than a year trying to accomplish the final package for La Piu Belle Champagne, which it said was reminiscent of “The Great Gatsby era”.

The Champagne is set to launch in September via vikwine.com where it will sell for US$190.

Hailing from the 2009 vintage, the fizz is a Chardonnay-Pinot Noir blend from “exceptional terroirs in Champagne” according to Cristian Vallejo, Vik’s chief winemaker.

Elena Trailina’s artwork is featured at Galleria Vik Milano, which is part of Vik Retreat’s collection of private hotels.

db has requested more information on the Champagne and will update this article when we hear back from Vik.