The acquisition of Platt Vineyard on the Sonoma Coast constitutes an extension of AXA Millésimes’ California venture – but it also marks another stage in the gradual recalibration of the company’s fine wine portfolio. 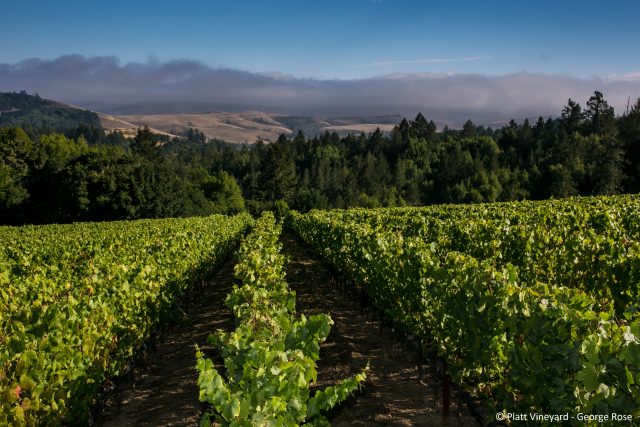 The purchase of Platt from Russian River Partners, the vineyard investment fund run by Eric Flanagan of Healdsburg-based Flanagan Wines, follows a similar rationale to the 2018 acquisition of the Outpost and True vineyards, located at the summit of Howell Mountain.

“The logic of that initial purchase was that in [Château] Pichon-Baron we have one of the great Cabernet wines in the world,” explains AXA Millésimes managing director Christian Seely. “It seemed logical to go to the other place in the world with a great expression of Cabernet.”

AXA has owned Pichon-Baron since 1987, the same year that the company bought Domaine de l’Arlot in Burgundy, an estate with vineyards across Nuits-Saint-Georges, Vosne-Romanée and Romanée-Saint-Vivant. “I looked at the logic of buying a Cabernet producer in Bordeaux and California, and thought: why not consider the possibility of buying a Pinot Noir and Chardonnay producer in Burgundy and the US?” says Seely.

If the concept has a pleasing symmetry, fulfilling it took a lot of searching and tasting before Seely was swayed by the “absolutely thrilling” Pinots and Chardonnays of Sonoma Coast. “We narrowed down our focus, and then we found Platt,” he says. “We’ve already tasted wines that show the potential of the place, and we’re very much looking forward to developing it.”

Planted by Lew and Joan Platt in 2003 and located only eight miles from the Pacific, the 111-hectare site includes nearly 16ha of Pinot Noir and Chardonnay, with permits to add another 4.5ha of vines. The soil is Goldridge fine sandy loam on an ancient sea bed, a part of the Freestone bench that Rivers Brown contends “is slowly becoming the greatest area for Pinot on the Sonoma Coast”.

What changes will AXA make?

“The big change at Platt is that the previous owners didn’t make any wine,” responds Seely wryly. The business model was to grow the highest-quality Pinot Noir and Chardonnay grapes, then sell them to various winemakers in the region. “So there wasn’t a proprietary wine,” Seely says.

Beyond that, there’s no thought of trying to transpose the Côte de Nuits to coastal Sonoma; the philosophy at Platt will echo that employed at Outpost. “We’re not going to California with the aim of making Pauillac – there’s no point in doing that, because we’re already in Pauillac,” says Seely.

“The aim instead is to make a great Cabernet from Howell Mountain, and the same idea holds true in Sonoma Coast. What I’ve seen of the best examples of Pinot and Chardonnay convinces me that it’s a really great location for those two varietals.”

The contrast in approach in California versus France is dictated by the profiles of wine that the vineyards are best-suited to produce. “There are some parallels in the styles of Cabernet, but Outpost is riper than Pauillac – a riper style because they get more sunshine,” Seely explains. “The Outpost Howell Mountain style is riper and richer than the Pauillac style, but there is also a fresh, elegant characteristic which for me makes the wines great. 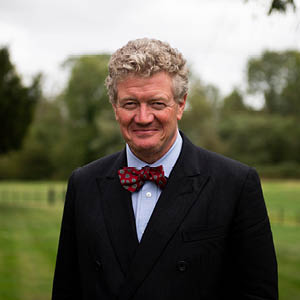 “With the Pinot Noirs I’ve tasted from Platt it’s a similar situation. The wines are a little richer, riper and fuller, but they do have freshness, elegance and balance.”

It is perhaps no coincidence that Outpost’s vines are planted at the lofty altitude of about 2,200ft above sea level, and Platt’s lie just a few minutes’ drive from the beach – both, in California terms, relatively cool locations.

The Platt Vineyard acquisition also represents the latest stage in the phased reset of AXA Millésimes’ business. When the company was set up and developed in the second half of the 1980s, the emphasis was squarely on France, and Bordeaux in particular: buying Châteaux Pichon-Baron (Pauillac) and Cantenac-Brown (Margaux), plus Domaine de l’Arlot (Nuits-Saint-Georges), in 1987; then Châteaux Pibran (Pauillac) and Petit-Village (Pomerol) in 1989.

The early 1990s brought stylistic and geographical diversification with the acquisitions of Château Suduiraut (Sauternes) and Disznókö (Tokaj) in 1992, followed a year later by Quinta do Noval in Portugal’s Douro Valley.

Was there a further strategic shift when Seely moved from running Noval to take over as AXA Millésimes MD in 2000? Initially, not obviously so. The company bought Château Tour Pibran, adjacent to Pibran, in 2001, and a year later added the Mas Belles Eaux estate at Caux in the Hérault. Shortly afterwards, Seely expressed an interest in Rioja – although nothing came of it.

A more extensive shift has occurred over the past 15 years or so. Cantenac-Brown was sold to businessman Simon Halabi in 2006, while Mas Belles Eaux went to Les Grands Chais de France in 2015. When Petit-Village was acquired by fellow Pomerol property Château Beauregard in March 2020, Seely described it as “part of a process of reallocation of the resources of AXA Millésimes with the aim of diversifying our vineyard investments”.

That is reflected in the location (France) of all the disposals, and of the acquisitions made since then: Outpost in 2018 (with additional vineyard land bought in 2020), another Douro property, Quinta do Passadouro, in 2019 – and now Platt.

Two questions remain: given that Platt has never released a wine under its own steam, what will the new, AXA Millésimes-made, Pinot Noir and Chardonnay from the vineyard be called? For the moment, Seely won’t be drawn: “That’s exactly what we’re thinking about at the moment,” he says.

Secondly, where next? Seely once said he would prioritise acquisitions in relatively close proximity to Bordeaux, for ease of management as much as anything else – but the California purchases show a change of heart. While AXA Millésimes is not a business to be rushed into hasty deals until or unless the right opportunity comes along, it seems that the New World, just as much as the Old, is now on the company’s radar.