James Calder to step down as chief executive of SIBA

The Society of Independent Brewers Association (SIBA) has revealed that its chief executive, James Calder, will step down from 1 August. 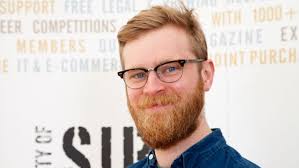 Calder, who has spent three years as SIBA’s chief executive, and five years with the trade association in total, has played an instrumental role in offering guidance and support to every independent brewery in the UK through the pandemic.

During his tenure, he saw SIBA secure the Scottish Brewery support fund and in England, Wales and Northern Ireland oversaw the successful lobbying that ensured breweries were prioritised for financial support.

Calder has also overseen negotiations with Government over the future of Small Breweries Relief, securing changes which protect more breweries whilst ensuring the system allows the potential for growth and positive reform.

SIBA has provided more benefits to members, revamped its beer competitions and saw a hugely successful return to Liverpool for BeerX 2022 under Calder’s leadership.

Speaking of his departure from the role, Calder said: “It has been an immense privilege to lead SIBA through the most difficult period in its history. I am especially proud and grateful to the team I have led. I am sad to be leaving SIBA, but I am also proud of what we have achieved. I wish SIBA, it is its members, and all independent breweries across the UK well.”

Chair of SIBA, Roy Allkin remarked on how “through unprecedentedly challenging times for the brewing and hospitality industries over the last few years, James was always keen to ensure that SIBA’s members were fully represented and that the sector wasn’t left adrift. James will be an asset wherever his career takes him”.

Chair of the executive committee Francis Patton added: “I have enjoyed working with James over the last three years and under his leadership SIBA has become closer to its members and helped many brewers through challenging times during the pandemic. I wish him well in his future career.”

The process to appoint Calder’s successor is now underway. SIBA’s senior management team will manage the organisation on a day-to-day basis with support from SIBA’s executive until an appointment is made.