England have made it through to the semi-finals of the Women’s Euros, and to celebrate their success, alcohol-free beer brand Freestar has launched a new football-inspired brew, raising money for youth affected by crime and violence. 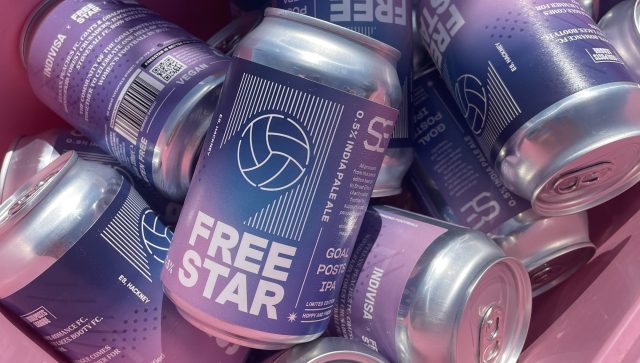 All proceeds from the special edition beer will go to Street Elite, a charity using football to support young people impacted by crime, violence, and inequality.

Shameek Farrell is founder of the Goalposts League. He is on a mission to cultivate a community that allows women and non-binary people to experience the joy of football at any skill level.

Farrell said of the partnership: “Being able to collaborate with Freestar and Indivisa for such a meaningful cause is an exciting prospect, especially when the focus is empowerment, community and football.”

The Goal Posts IPA will be available at Indivisa events during the summer and at The Goalposts League Summer tournament which takes place on 23 July.

“The Goalposts League Summer tournament represents so much more than just a kick-about. It’s a celebration of the league, its teams, the wider community, women’s football, and to raise awareness and money for Street Elite,” Farrell added.

Felix von Hurter, co-founder of Freestar, noted that his intention was to “celebrate one hell of a summer for Women’s football”.

“Freestar is all about championing the next generation of beer and beer culture, so it felt like the perfect fit to partner with Indivisa and The Goal Posts League and create a game-changing IPA,” he added.

In other news, Greene King pubs across the country are handing out free pints to customers, but only if they’re lucky enough to have one of these 23 surnames. Find out if you could get a beer on the house here.