Following its huge success in the US, the ready-to-drink cocktail brand BuzzBallz, is being rolled out to the UK and across Europe. To find out more, db caught up with its founder and CEO Merrilee Kick, who revealed what we can expect from the iconic cocktail range. 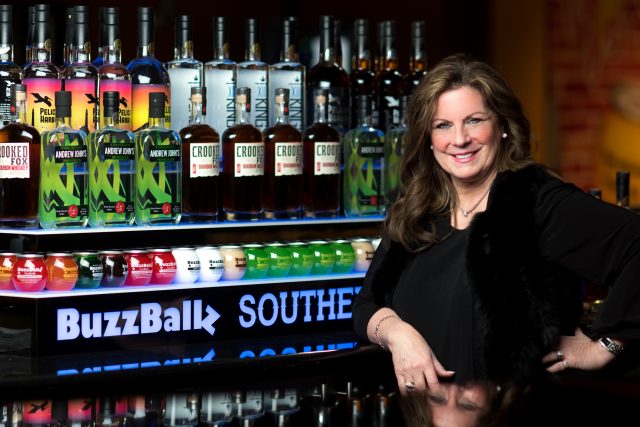 Tell us a bit about how the BuzzBallz brand came about and why you started the company.

“I started the company in Dallas, Texas about 12 years ago. I wanted to make something that was fun and you could drink and get a little buzz on. I wanted something that delivered on its name – like you’ve a cocktail that you would make at home. It was back in 2008 when I was getting my master’s degree and I was a high school teacher and, while I was grading papers by the pool, I came up with the idea.”

What made you choose its iconic shape and how the brand looked?

“I’d lived in Stockholm, Sweden for a while and they have these little cool snowball globe candles, votive candles, little crystal candles. And so I had one of those outside with me while I was grading papers and I thought: ‘It would be cool to make a little party ball, you know, but it would be fun to make one that looked like the flavour of the drink – green for Margarita, red for strawberry. So, that’s kind of how the theme started.”

Tell us more about your expansion plan

“I started this business and got a distributor in Texas and then expanded throughout the state, then throughout all of the United States. And here we are. We have BuzzBallz in all 50 States and 21 countries and we’re still growing. Europe is on our list and we’re now on a European tour. I was just in Ireland, then today in Manchester and I’ll be heading to Holland tomorrow. And then we’ve got some sales starting in Scandinavia as well. We’ve been going to some trade shows too. next week. Sales will go into the independents and mostly convenience stores to start with.”

What does BuzzBallz offer that other premix or RTD variants don’t?

“There’s the iconic shape of the round ball and the name BuzzBallz and people don’t forget the name. But really, it simply delivers because it’s a good cocktail. It’s made with natural ingredients. It’s kosher, it’s woman-owned and it’s got all these cool attributes, made with juice and just like you would make it at home, but on a commercial scale. I think that’s part of the difference. And these are spirits-based cocktails, so it’s got real rum, gin, vodka, those kinds of things added to it.”

You’ve had some success in the States, tell us a bit about that and how things might be replicated in the UK.

“When it first started, as a woman in this industry, I was told: ‘It’s a man’s world. This is a man’s business and you need to stay in your own lane.’ But I learned as I went. It started in convenience independent convenience, and then all of a sudden it took off with Seven Eleven and Circle K and some of those, the big chain convenience stores and now we’re the number one ready-to-drink single-serve cocktail in America. We have 80% of the market. So it’s quite extensive, and we’re growing year-on-year at 60%, so we’re growing fast and, after we got into the convenience world, we started getting into grocery stores. You know, the big grocers, like Target and so on. It would be nice to get into some of those big retail listings in the UK and then and then roll it out from there based on recognition. Really, it has propelled itself from being instantly recognisable on shelf and we’re going from there.” 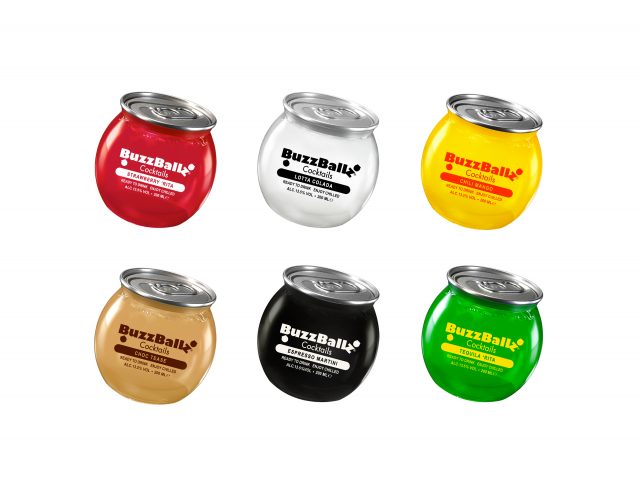 Is there a game plan for getting people to sit up and take notice?

“Consumers and retailers both talk. So, if you’re on Tik Tok or Instagram, people can just search for BuzzBallz. And I think that it’ll be easier here in the UK to launch than it was in the United States when we were not well known at all. Nobody had ever heard of us. But now if you say BuzzBallz and everybody knows what they are.”

Any interesting listings that are not the obvious in-store or hospitality ones?

“We got onto some airlines. We’re hoping that we can get on some more airlines here because that helps with commercialising the brand as well. And then we have some venues that we would probably target to try to get into some outdoor venues.”

Where do you think the brand best fits?

“Just think of awesome places and very fun places. We are over here seeing people seeing the brand and they go: ‘Wow, that’s different, that’s cool!’ We know that a lot of convenience stores and grocery stores are late adopters for some drinks and often like to see what sells in the market before they actually jump. But we are determined to prove it, and just show them that customers like it.”

What are the most popular flavours and will there be product extensions in the future?

“We have six flavours right now in the UK and we’re just doing some renovations on flavours and I think we’re going to bring out a watermelon one, which would be good and then we’ll have also a peach that we will roll them out next spring. The other thing we have is something called a BuzzBallz Biggie and it’s like the BuzzBallz, but it’s bowling ball size, so big. We have three litres and 1.5 litres and then we have 1.75 litres so we’re working on those and trying to get those over here. I would see that in your backyard or at a party as it’s a big party ball.” 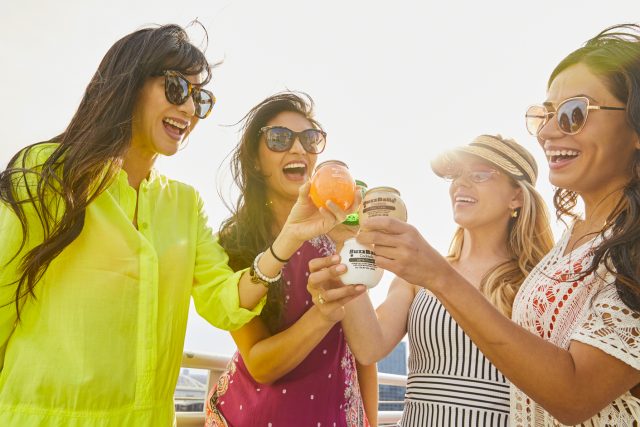 Is the BuzzBallz Biggie also tapping into convenience and being grab and go, or are they simply for entertaining and sharing at parties?

“You can keep them in your fridge and they are resealable so you can just put the cap back on and keep them in the fridge and always have a Margarita when you come home.”

Who is the target consumer?

“The target demographic is 65% women and around 25-45 years is the primary demographic. They want something with good flavour and 80% of our customers repurchase so that’s a really high repeat purchase rate because the flavours are good and they are perfect size. Plus, people don’t have to buy the same flavour, but can mix and match – just mix it up and also they look cool. When you’re done you can put lights in them too.”

Do you find that the brand sells better during certain times of year?

“At first when we started in the US, it was a cyclical brand in the summer. But now we sell in all climates. We’ll make five million cases of 24 packs of BuzzBallz this year, which is over 120 million balls. And they just sell all year round. We don’t have a cyclical surge now. Maybe you will in the UK, but I think that once people try it and they like it, they’ll become adopters and won’t matter if it’s a Friday or if it’s rainy and it’s cold or even if it’s a Sunday and you just need a little pick me up.”