Leveraging data is fundamental to Pernod Ricard’s growth strategy, so much so that it has 150 employees working on algorithms to determine when, where and how a product will succeed. But with this powerful weapon at its fingertips, why aren’t the company’s share prices budging? 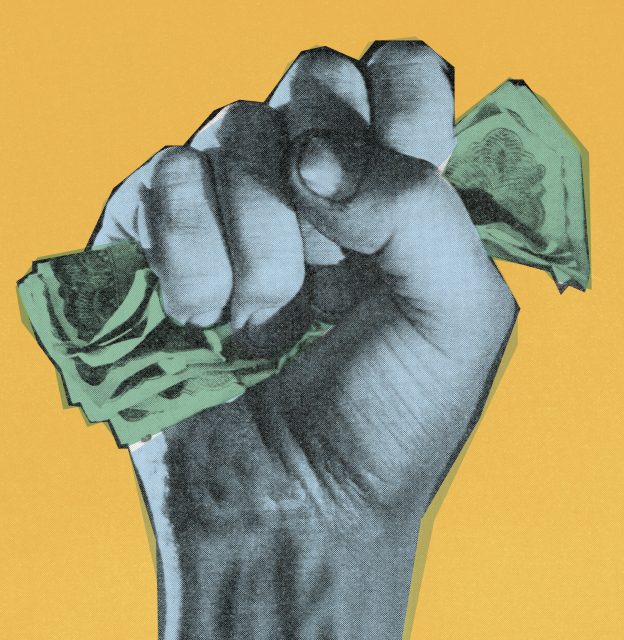 There is a contradiction about Pernod Ricard. The world’s second largest spirits group has delivered strong sales and profitability figures way above pre-pandemic levels, and yet its share price has moved only marginally upward since mid 2019.

Today it stands at €175 compared with €165 in April 2019. In early spring 2020 Pernod Ricard’s share price had slumped to almost €120 as Coronavirus prompted global lockdowns, leaving the industry in turmoil.

That was when chairman and CEO Alexandre Ricard took the bold decision to roll out a huge investment in the in-house harnessing of data to enable the French group to leverage its portfolio to meet whatever challenges the new world order threw at it.

As a result, finance director Helene de Tissot says the balance sheet is “stronger than ever”, the group is delivering margin expansion, increasing capital expenditure and has saved €100 million per year in operating costs since 2019.

At the same time Pernod Ricard has restructured its debt at advantageous rates and is returning €750 million to shareholders via a share repurchase scheme.

Over and above that, Ricard told an audience of investment analysts last week,  after achieving 17% organic sales growth in the nine months to the end of March, that it was “no secret” that the full-year figures would be among the best achieved by the group when they are announced in August.

The sales volumes underline this. Jameson’s Irish whiskey now exceeds 10 million cases per year, Ballantines Scotch is at nine million cases, Absolut vodka at 12 million cases and the Lillet aperitif range, bought in 2008 when it sold just 50,000 cases, is about to top the million case mark.

Ricard said his medium-term ambition was to generate annual top line growth at the upper end of a range between 4% and 7%.

The engine of that growth, he said, would be the gathering and harnessing of data.

“For us, at Pernod Ricard, the end goal is to spread convivialité… by leveraging the power of data, our portfolio of brands and our distribution network to further stretch Pernod Ricard’s profitable and sustainable growth.”

The cornerstone of the strategy are the programmes developed by 150 employees who have produced algorithms based on a minimum of three years’ worth of performance data.

The outputs range from guiding sales staff on the ground in order to plan the most efficient use of their day, to producing optimum promotions and stocking strategies for retailers and analysing potential weaknesses in the portfolio, not to mention predicting opportunities for which new lines and products will succeed in new markets and at which price points.

Ricard said this enabled the group to “stretch our topline growth with the Conviviality Platform and build on our key competitive advantages, leveraging our broad-based portfolio and balanced geographical footprint.”

He was bullish about having the broadest premium spirits portfolio available in some 160 countries at a time when more than 100 million people per year are entering the market for legal alcohol consumption.

A key strategy, he revealed, would be that instead of focusing on six to eight key lines in any region or country, the data programmes would allow Pernod Ricard to extend that portfolio to between 18 and 20, increasing distribution and profitability.

“The middle and affluent classes now comprise more than 50% of the global population,” he said, and that played into Pernod Ricard’s philosophy of being “creators of conviviality”.

Lockdowns arguably proved Aristotle’s belief that “people are social animals”. Combine that with our drive to “aspire to better” and it was clear that “people are drinking less but far better and this is where we are positioned.”

One target to emerge was the goal to double Pernod Ricard’s share of sales of international spirits in India to 2% by 2025. Some 90% of that market’s growth is predicted to come from premium-plus categories where the French group is strongly represented.

The group will be aggressive on pricing to protect profit margins in the face of inflation. This will be further enhanced by the use of data to predict customers’ habits and industry trends.

“It is all about being more agile in the way we allocate resources and invest behind our brands to increase our pricing power,” Ricard said.

De Tissot said that Pernod Ricard would “protect our margins in the face of inflation, be bold in terms of pricing,”  The group would improve operational efficiency and keep advertising and promotional spending at 16% of sales.

However, Ann Mukherjee, the head of the US operation, raised some eyebrows among analysts when she said that Pernod Ricard did not have to “win the agave battle” (which she said was “on fire”) in order to keep improving market share and raise profitability in Pernod Ricard’s single  biggest market.

The power of the portfolio backed by the data programmes would allow the French group to improve its position despite the comparative weakness of its Tequila and Mezcal offerings, she believed.

So on the back of expected bumper results and a confident outlook (Ricard said this would be the last time he made comparisons to pre-Covid performance) why has the share price not moved significantly above the €200 level achieved at the start of the year?

Ricard says he wants the company’s success to be judged in terms of “total shareholder returns”, which over the past three years have been very good, apart from the static share price. That remains becalmed despite some analysts putting a target price of €235 on them.

Others, however, suggest that topping €200 in the near future looks ambitious.

After performing comparatively well against other sectors for the past three years, are investors looking elsewhere for global drinks?

That is JP Morgan’s view. “We think for now the continuity of the [Pernod Ricard] financial targets offers a reassuring message amid a volatile market and investors sentiment that has turned somehow cautious on spirits.”

There is also evidence from Wall Street that suggests the opinion is correct.

Despite turning in bumper profits last week, Jack Daniel’s owner Brown Forman saw its shares fall marginally. They, too, remain well below their level at Christmas.