‘It’s about time we talked about the versatility of Amarone’

Italian wine expert Filippo Bartolotta reappraises the 2017 vintage of Amarone, discovering the wine’s structure and important aging potential as well as its great versatility in pairing with haute cuisine. 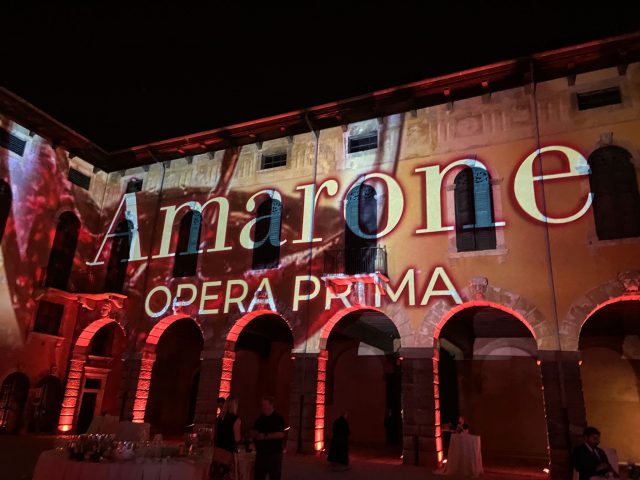 The 2017 vintage in Valpolicella saw a warm winter with low rainfall followed by some April frost that were kept at bay thanks to the natural umbrella effect offered by the ancient Pergola (trellis) training system. A very hot and dry summer saw an an earlier than usual maturation followed by a very early harvest at the beginning of September. This quick grape maturation brought good alcohol content to the grapes, balanced by a lot of acidity. This helped generating pretty intensely coloured and structured wines and yet with a very round texture.

Last week saw the Amarone Anteprima Opera Prima, an event in Verona which saw 100 journalists from across the world invited to a food & wine matching tasting to prove that Amarone isn’t just a wine for stews, Sunday roasts and guineafowl.

Speaking at the event, the president of the Valpolicella Consortium, Christian Marchesini argued that it was “about time we talked about the versatility of Amarone, taking into account the stylistic and multifaceted evolution of our premium wine”.

“We are convinced that Amarone can be interpreted in an innovative way, through the exploration of new canons of taste,” Marchesini said. “We want to focus our communication strategy on the Horeca (hotel/restaurant/café) sector, and in particular haute cuisine.”

Tasting all the 2017s, I can say that this new cannon seem to be heading towards a weight loss diet. During the tasting conducted by wine educator JC Viens – which included wines from the late ’90’s to today – it was striking to see evidence of a lighter and lighter Amarone emerging: from the leather and sweet tobacco driven Villa Spinosa 1998 to the opulent, seductive and black driven opaque colour Romano dal Forno 2003; from the very vibrant and mineral Cà La Bionda 2007 to the old school balsamic and concentrated Le Guaite di Noemi 2010; from the structured and tannic Vigneti di Ettore 2012 to finish with the transparent and fruit driven Villa San Carlo 2016. 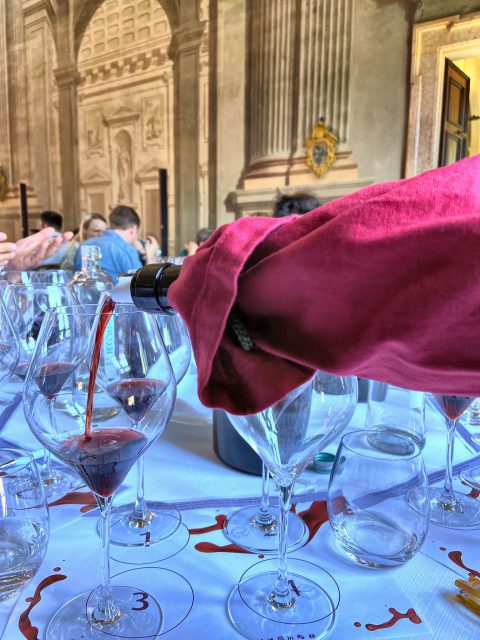 Regardless of the style, the appellation seems to be coping pretty well despite the difficulties of the last two years. Overall, the Valpolicella region in Veneto comprises 8,600 hectares of vineyards, producing around 73.6 million bottles worth around 500 million euro (data by Nomisma Wine Monitor), of which almost half related to the sales of Amarone.

And Valpolicella is not only one of the main Italian red wine regions, but also one of the healthiest when you check the balance sheets of its wineries. Analysis presented at the Amarone Opera Prima by the Studies and Research Department of Banco Bpm for the Valpolicella Wine Protection Consortium compared the performance of this appellation with the Italian national wine scenario, demonstrating that companies in Valpolicella are among the best performing in terms of liquidity, lower debt levels and better debt sustainability during 2020.

And Amarone, the flagship red wine of Valpolicella, is pushing the entire denomination towards the luxury segment, resulting in the red producing area in the Veneto scoring higher than the average Italian premium range. Net profits in 2020 were around 6.4%, against an average of 0.4% in the premium segment and -2.6% for the classic (12.4% on luxury), with a GOM of 14.4% compared to 12.5% of the premium and a much higher net worth (54.7% vs 43%).

The current scenario, according to Banco BPM, is characterized by high uncertainty for the sector at an international level, starting with the Russian-Ukrainian conflict which is contributing to inflation and the tightening of EU monetary policy, the high prices and shortage on the supply side. Despite this difficulties Valpolicella saw in 2021 an unprecedented jump in sales (+ 16%) thanks to a surge in Italian demand (31%) and exports up 8%. According to the survey carried out by Nomisma Wine Monitor, the best performance is to be ascribed to Amarone, the protagonist of an authentic sales boom (+ 24%), with + 16% export and + 39% in value on the domestic market. And given that 16 million is the average yearly production, this means that the wineries sold an extra 3 million bottles from their immobilized inventories of the king of Valpolicella. 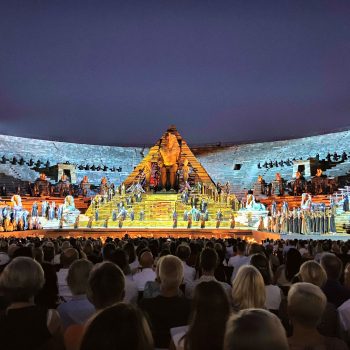 Valpolicella is a natural 200 million years old calcareous/marl amphitheatre north of Verona, with 13 valleys, starting on the west side, close to Lake Garda, with the five areas of Valpolicella Classica all the way to the east side going towards Soave.

Although spotting the differences among the valleys it’s an interesting tasting exercise, I believe it is too early to outline a clear picture of different zones – there are still too many variables in the hands of the winemakers.

These include different vine-training systems that ranges from cordon spur to guyot to “pergola” (which covers 75% of the appellation), different aging methods from large Slavonian oak, medium size cherry wood vats or the 225L French barriques. There are also varying percentages of the four different varieties that can be used:

And if this wasn’t enough, the biggest variable of all is the 100 days of appassimento (drying process of the grapes), a total game changer in the aromatic and structural profile of the wines that is strongly characterized by the hand of the winemaker.

Influence of the valleys

Tasting Valpolicella Annata or Valpolicella Superiore could be more of transparent if one wants to understand the valley diversities. While Ripasso, numerically the most important category with 43% of the market share (by virtue of some roundness and sweetness), has some similarities with Amarone but at a decidedly lower price which the market loves.

A final consideration regarding the core identity of the area has to be made by regarding  Amarone’s sweet cousin, Recioto della Valpolicella. Very few dessert wines are drunk across the world and Recioto is no different. Today it makes up only 0.5% of the production of Amarone, which is a pity as Recioto is an extraordinary wine – a red dessert wine with balsamic aromas, extractive black fruit and an important tannic structure polished by lovely acidity.

Some say Giuseppe Verdi was a wine lover, and if that is true he must have drunk Recioto because Amarone was born only at the end of the 1950’s. Last night the invitation the 100 wine journalists got by the Consorzio to watch the “Prima” of the Aida Opera which was first played in the Arena of Verona in 1913 was an inspiring experience which I must confess might have lead our scores to be slightly more lyrical then ever.

See here for the top 12 Amarone wines from the 2017 vintage.