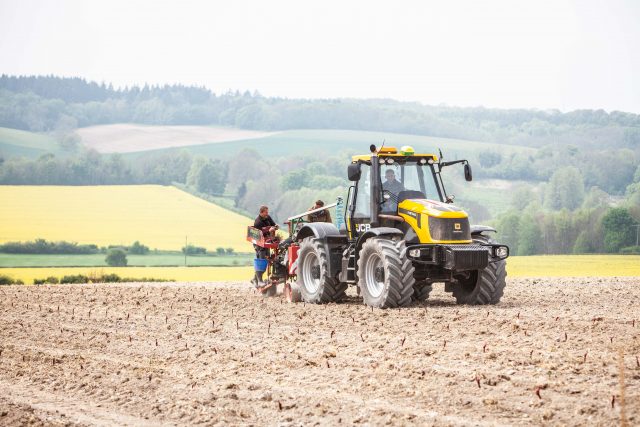 The new vineyard, which is less than two miles away from the Simpson winery in the Elham Valley,  is the third to be planted since owners wine veterans Ruth and Charles Simpson established the winery a decade ago. It will increase production by around 35,000-50,000 bottles a year, depending on the yield, with the entire production going towards a still wine.

The husband and wife team began making wine in the south of France at their 40-hectare Domaine de Sainte Rose estate in the South of France back in 2002 before launching Simpsons Wine Estate in Kent in 2012.

The Simpsons Wine Estate now comprises nearly 40 hectares of vineyards on sunny but sheltered slopes of the North Downs of Kent. The first vineyard to be planted in 2014, Roman Road, comprised Chardonnay, Pinot Meunier, and Pinot Noir, with a further 20 hectares established on Railway Hill, to the south of Barham village, during 2016 and 2017.

Initially, the company concentrated on its sparkling wine, but having experimented with some Chardonnay in 2016 and 2017, the team launched two still award-winning Chardonnays in 2018. Last year a very limited release of super premium still wines was released, comprising 1200 magnums each of 2020 Chardonnay and Pinot Noir.

Charles Simpson said the team were “thrilled” to be in a position to plant additional hectarage now, as they celebrated their tenth anniversary.

“The past decade has seen an incredible expansion of our initial aspiration to establish a purely Classic Method English sparkling wine business,” he said. “Having now created a highly regarded range of still wines, we are delighted with the direction that Simpsons’ Wine Estate has taken and are exceptionally proud of the incredible work and dedication of our talented team.”

The new vineyard was planted earlier this month with Burgundian clones specially selected for the chalky site and suited to producing still wines.

The proximity to the winery was a key point for the Simpson who argue that it minimises the distance grapes have to travel after they’ve been harvested and cuts down on the number of times they need to be handled.

The expansion will help Simpsons meet demand both in the UK and internationally. Its current export markets include Australia, Canada, Denmark, Japan, the Netherlands, Norway, and Sweden.

Co-founder Ruth Simpson added that it was wonderful to be able to establish a new vineyard site in such a prime position on the same chalk-rich soil, adding that the team were “100% committed” to promoting and preserving the Area of Outstanding Natural Beauty in which the estate are located.