Day 1 of Bike to Care en Bourgogne in pictures

Day one of Bike to Care en Bourgogne is now complete, and we bring you some highlights from the first 100km. Warning: this pictorial review features prominent figures of the wine trade wearing lycra. 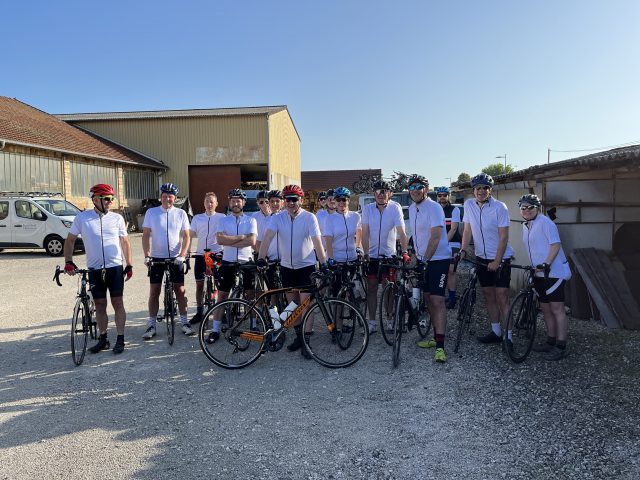 This is Team GB just after breakfast, having picked up our bikes from Butterfield & Robinson in a car park with particularly high puncture potential. The UK chefs, somms, wine importers and I joined 11 other teams to ride 200km over two consecutive days across Burgundy. 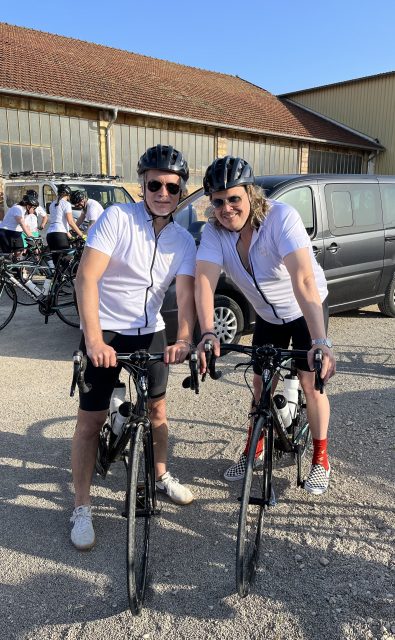 Joining the UK contingent were Guillaume-Glipa (left) and Slade Rushing from London’s Louie restaurant – note the chef’s shoes selected for the 100km ordeal. 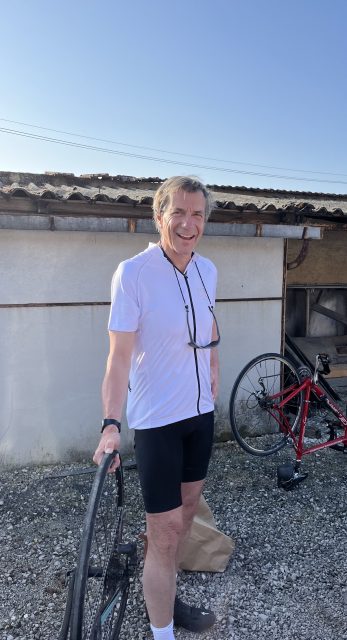 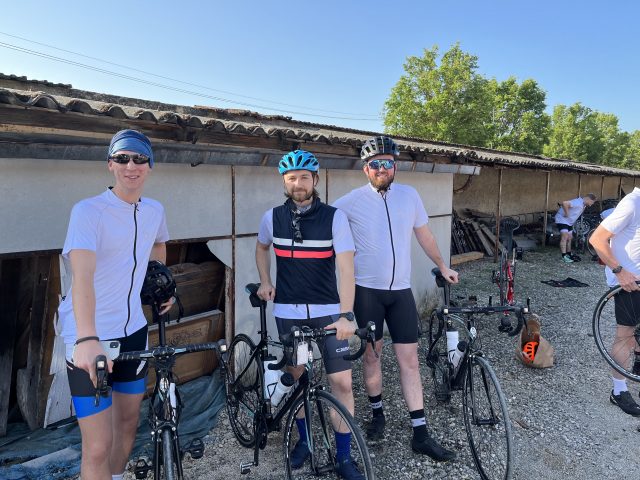 Among the riders was this trio from The Pig hotel group. 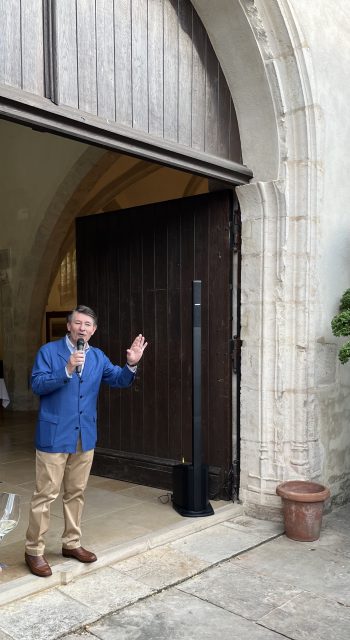 Ahead of the ride, Pierre-Henry Gagey, president of Maison Louis Jadot, welcomed the riders, who hailed from a range of countries, including Denmark and Canada, France and the UK, as well as three teams from the US, with one of them led by Will Harlan of Harlan Estate, which is the ‘guest of honour’ at the challenge. 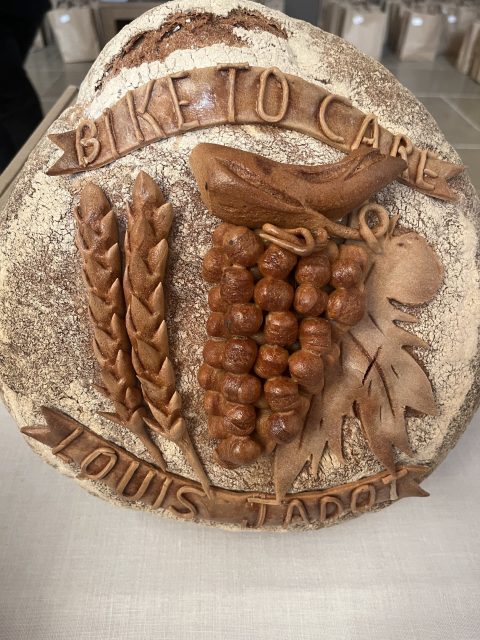 In true French style, the event had bread maker Poilâne as a partner, although the driving force behind Bike to Care en Bourgogne is Pierre-Henry, who roped in a host of his winemaker friends to add their support. 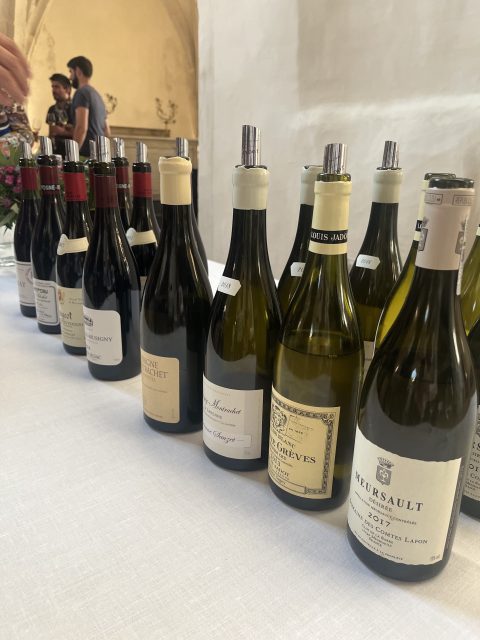 As you can see from the wines served at the opening ceremony, this was a high-profile set of Burgundians, all of whom allowed us to help ourselves to some of their prized bottles as the members of the 12 participating teams mingled ahead of the challenge. 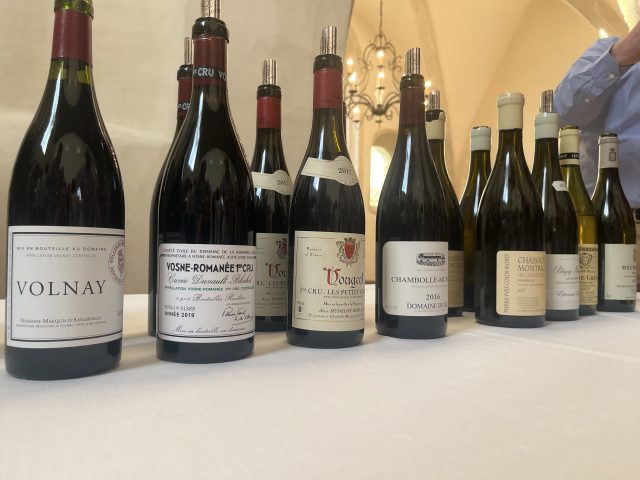 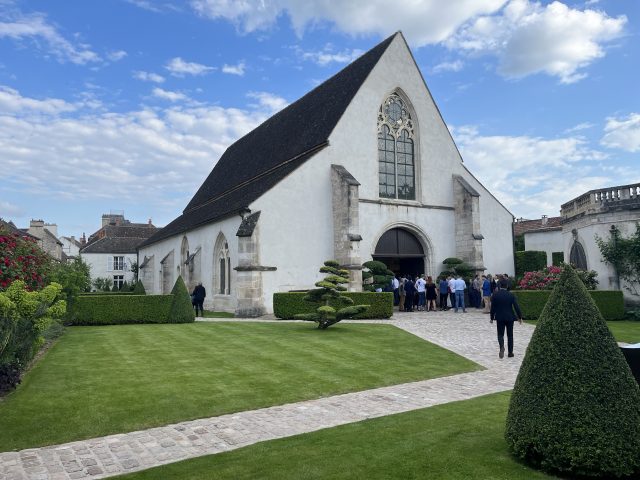 The venue for the opening reception was Louis Jadot’s Couvent des Jacobins, which swallowed the 100 riders with ease, before spitting them out filled with Quiche Lorraine and Chambolle Musigny. 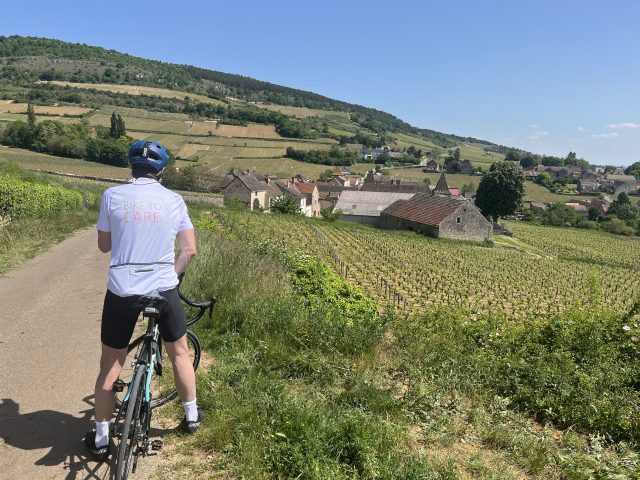 Day one’s 100km circuit – which can be viewed in this preview piece here – took in some stunning parts of the Côtes de Beaune, including this descent towards Santenay. 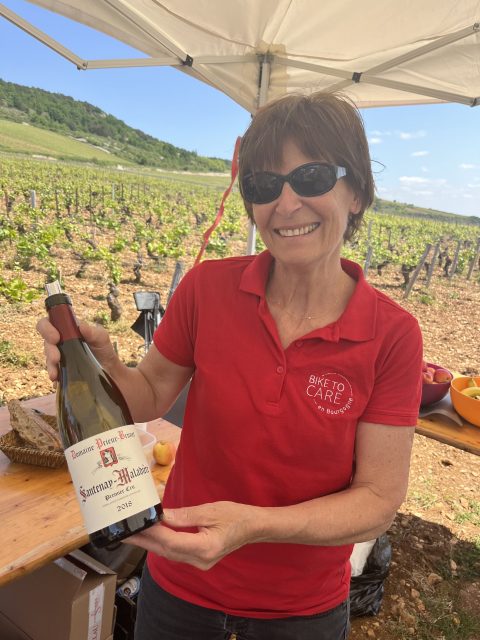 And it was in this village where we stopped for lunch and sipped its premier cru La Maladière, kindly served by Louis Jadot’s Manuela Mouroux. 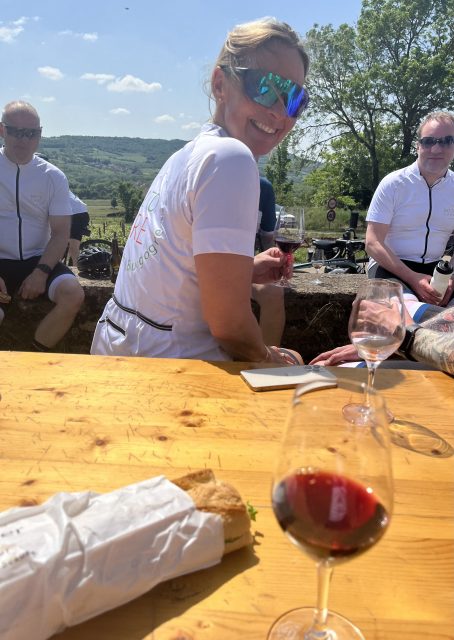 Among the participants was Danish hotelier Stine Gregersen Kold, who joined a team of chefs and somms from her home nation.

Some Bordelais leant their support too: Jean Charles Cazes of Château Lynch-Bages (left) and Alexander Van Beck of Giscours (right) took part in the ride, along with Haut-Bailly’s Véronique Sanders, who is just out of shot. 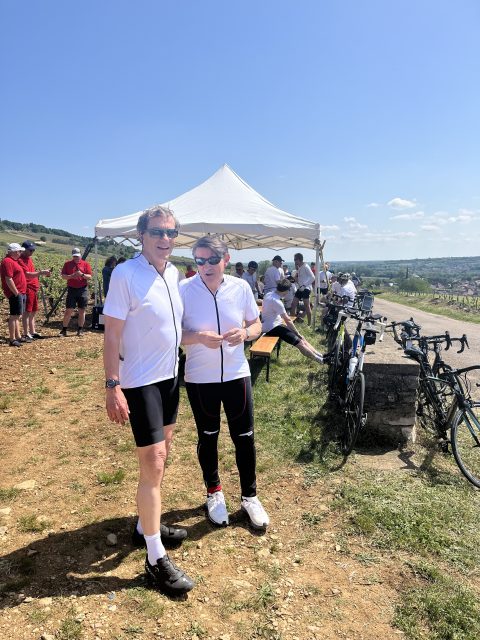 Patrick (left) and Pierre-Henry braved the bright sunshine during this pitstop before we hit the home straight into a headwind. 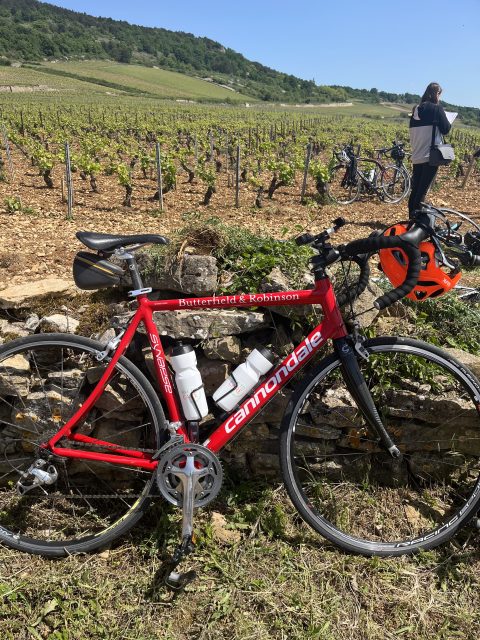 And this has been my bike for the challenge, which aims to raise as much funds as possible for a range of charitable causes, but all centred on the hospitality sector.

To support Bike to Care en Bourgogne, please visit this Just Giving page here, which has been set up for the UK team.

For more information on the initiative, please click here.