Champagne Gosset tears up the rulebook with its Celebris 2008

At the official launch of its Celebris 2008 last night, Champagne Gosset’s chef de cave revealed why he eschews “perfect harvest years” for those he feels a certain “vibration” with. 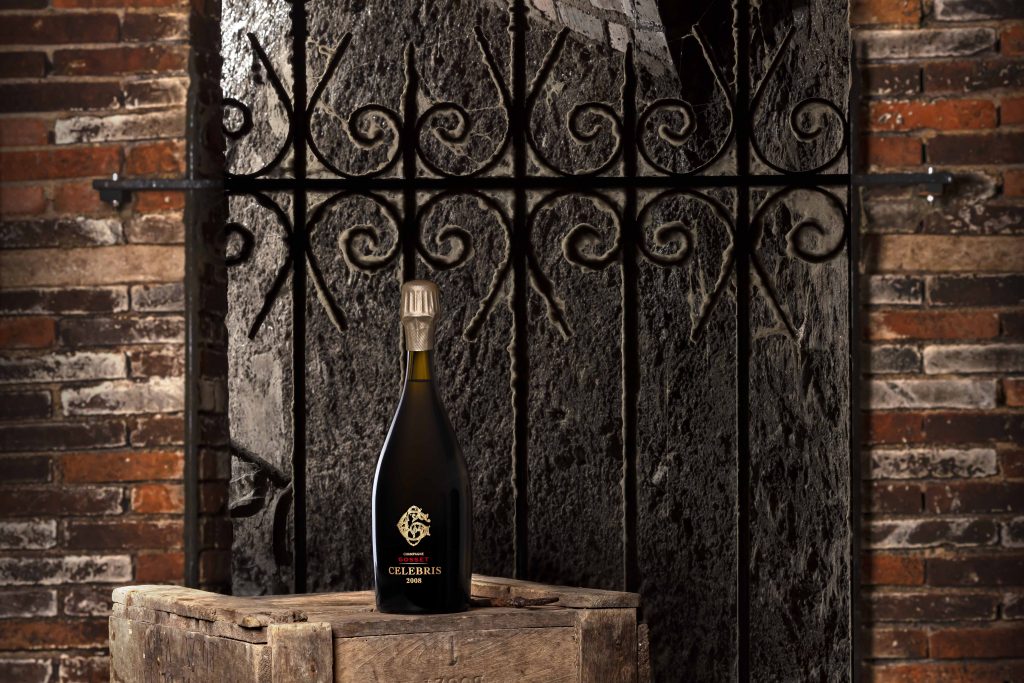 Champagne Gosset does not look for the “perfect vintage” to make its rare Celebris expressions. Instead, it looks for a year that is “singular and original”; and not necessarily a vintage that works for everyone.

Crafted only eight times since its first 1988 vintage, the unique calling card of Celebris is that it is a cuvée with “a lot of freedom”, says Gosset’s chef de cave Odilon de Varine, who rails against playing by traditional Champenois rules. He is not interested, he says, in perfect harvest years, eschewing favoured vintages for those he has “a special vibration with”.

This somewhat esoteric approach is backed up by meticulous blind tasting, with little attention paid to vineyard provenance. He is less interested in what goes into the wine, far more so in how it tastes; a refreshingly progressive approach for a cellar master who crafts wines for the oldest house in Champagne, and is tasked with overseeing the pinnacle of the brand’s wine range.

“Celebris is not a ‘recipe’ – it’s not a combination of ‘this place’, ‘this village’, ‘these grands crus’. The wines are all blind tasted. We don’t know where they come from, grands cru, premier cru, whatever…” said Bertrand Verduzier, export director, Champagne Gosset, speaking at a London event held last night to mark the launch.

A consequence of this ‘tasting-first’ modus operandi is that de Varine was unaware of sugar content during tastings, leading him to settle on a final dosage of 4.8.

Celebris 2008 is comprised “mainly of Chardonnay, though less so than the other Celebris vintages” and as with all Gosset Champagnes, there was no malolactic fermentation, relying instead on more than 10 years “feeding from the lees” for the wine to find its balance.

“At my age, time is important,” said de Varine. “And this wine needed time to take a roundness and to rest through each of the stages it went through.”

Such time also means that only 15,000 bottles were produced to service the world. “Actually we produced 20,000, but I’ve drunk some…” quipped de Varine.

Perhaps unsurprisingly, given the affinity which its winemaker must feel with the harvest, the new release signals the first time that Gosset has had two vintages – 2007 and 2008 – in a row.

“The two wines are at complete opposites of the spectrum, despite sharing very similar technical specificities of the harvests,” said de Varine.

2008 saw a cool July and August, but its Celebris was “saved in September”, according to de Varine, who flagged up the harvest’s unusually late maturity, acknowledging: “I think we are nearly the last house to launch its 2008 vintage.”

He pointed out the wine’s immense potential for aging, and claimed “more time will only help.”

Champagne Gosset Celebris 2008 arrives on the market on 21 June.

Last October, the drinks business reported how the pink hue of Gosset Celebris Rosé 2008 Brut was an “accident”, rather than a deliberate quest to make a rosé.

“It is only a rosé by consequence,” de Varine explained at the time. “When we make Celebris, we taste it in dark glasses so that there is no influence by colour. We are not making a rosé. The rosé is more like ‘seasoning’. A little bit subtle. If you didn’t know it was a rosé, I’m not sure you would guess it was a rosé.”

Founded in Ay in 1584, Champagne Gosset is owned by the Renaud Cointreau family and is the oldest wine house in Champagne.