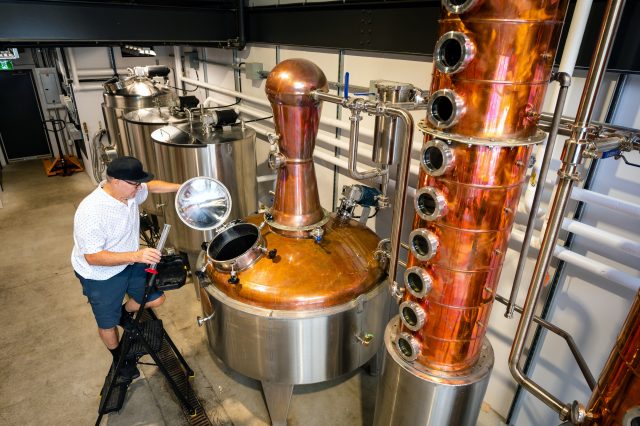 A finance committee report, outlined by The Canadian Press, on the upcoming budget recommended that the Canadian government adopt a system similar to the one in the US to help small distillers and other craft alcohol producers compete in Canada and abroad.

Canadian Craft Brewers Association executive director Rick Dalmazzi said: “They understand that our excise rates are way out of whack, certainly compared to the US and other countries, so I would say they’re listening to us. Whether or not they’ve got the capacity to do it this year is another question.”

The US Congress changed excise tax rates for brewers and beer importers in 2017 and, according to the lobby group the Beer Institute, 99% of breweries now pay half as much in excise taxes as a result of the steep drop in tax rates for small producers. The largest producers saw their payments drop by 3%.

According to Dalmazzi, the situation is similar in Canada where 1,000 of the 1,200 craft breweries produce less than 2,000 hectolitres per year. He explained: “Regardless of the size of brewery you are, you pay excise tax at a rate, and the rate changes, it increases, on a per-hectolitre basis.”

However, the system appears to be outdated compared to how he craft scene has evolved. Those lower rates reportedly have a limit of 75,000 hectolitres, an amount that seemed out of reach when the system was created 15 years ago. But large craft brewers now make around 200,000 hectolitres or more.

Dalmazzi pointed out that: “The ones that are mid-size and the largest really want to get even larger. And the excise taxes for them at the high end are really punitive.”

Additionally, winemakers in Canada won’t escape excise issues with extra costs also coming in June for producers of 100% Canadian wine, who will no longer be exempt from excise duties for the first time in 16 years.

The outcome here in this instance is the result of a trade dispute that began in 2018 when Australia complained to the World Trade Organisation that exemptions for Canadian products unfairly discriminated against imported wine, so in an effort to resolve the dispute, Canada agreed to reinstate excise duties beginning in 2022.

The Canadian government set aside CAN$101 million in last year’s budget to offset those costs for two years, something the Grape Growers of Ontario reportedly admitted it was grateful.

Grape Growers of Ontario CEO Debbie Zimmerman said: “Obviously what we’d like to see is the details around that,” highlighting that any “business doesn’t like uncertainty”.

According to Zimmerman, the industry wants this to be extended for another 10 years to offer “some certainty for the future”.

As public health restrictions lift there’s reportedly more hope that the industry can rebound, but profit margins are still small for many craft producers and the concerns are that rising costs will force many Canadian craft drinks producers out of business.