Pravda Brewery invites the world to ‘brew for Ukraine’

It was just after 5am on 24th February when news of the Russian invasion reached the Pravda craft brewery in Lviv, in western Ukraine. “We had just begun a new brew that morning – so we decided to finish it not to waste the beer,” says the brewery’s Taras Maselko. “And then pretty much straight away we switched to making Molotov cocktails.” 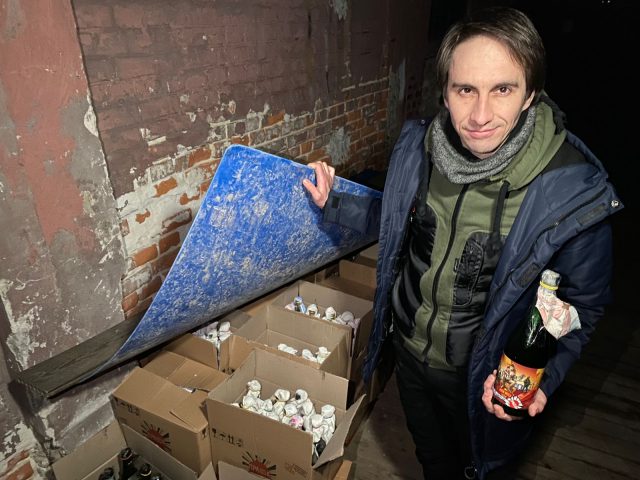 Pictures of those Molotov cocktails – which were bottled in re-purposed Pravda beer bottles depicting a naked Putin and the words ‘Putin Huylo’ (Putin is a dick) – quickly went viral.

Now, the brewer is calling on its peers around the world to show solidarity with Ukraine by brewing one of Pravda’s signature beers for charity – a feat the brewery has made possible by making all its recipes open-source on Facebook.  “We’ve put out an open call for the world’s brewers to join us for this brew. To brew for Ukraine. Because it’s a good way of telling people in different communities what is happening here.”

Pravda launched its #BrewforUkraine campaign on the 8th March with a live-streamed brewing session watched by more than 140 breweries. The resulting Belgian blonde ale will be ready in around two weeks, says Maselko. “We are hoping that by the time we drink this victory brew, it will be underneath peaceful skies.”

Founded in 2014, Pravda is known for making classic-style beers with a Ukrainian twist: signature recipes include 100 Rokiv UNR, an Imperial Stout infused with smoked pears and prunes, and Zamkova Gora, a sour Berliner Weisse with elderflower. It regularly hosts guest brewers from well-known breweries in Europe and the US and is also one of the organisers of Lviv’s annual craft beer and vinyl festival. ‘It was meant to be the 10th anniversary this May,’ says Maselko. “We are still hopeful it can happen.”

Brewing is now on hold at Pravda while the 30-strong brewery prepare to defend their city. The staff have been training in mine-detection, stop-and-search and first aid, welding spikes for the road, transporting supplies and making more than 2,000 Molotov cocktails for distribution as far a-field as Kyiv. 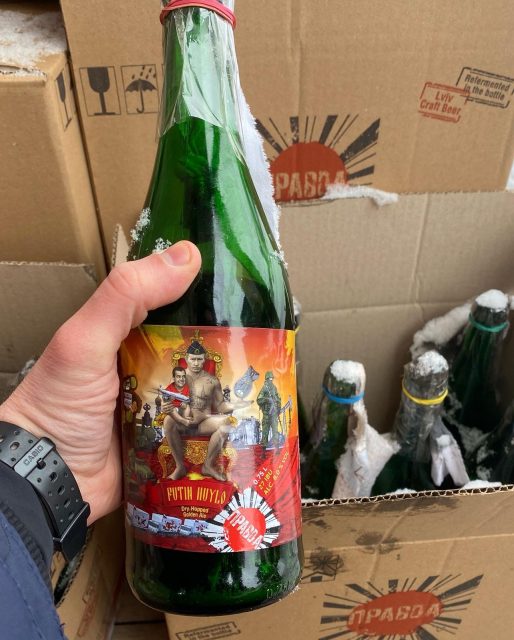 “Many of us already had experience of making Molotov cocktails from the revolution of 2014, when we kicked President Viktor Yanukovych out of Ukraine,” says Maselko. “The difference is that this time, instead of civilians using them against the government, it’s the government telling civilians how to make them – so that shows the unity and the willing to finish this war, and to push the occupiers out of this country. It doesn’t matter who you are if you are a government worker or a policeman or just a guy who works in an office or brews beer, you are all united in this will, this effort to defend your house and your families and your city. That’s what’s bringing us all together.”

In the last few days #BrewforUkraine has been bringing together the world’s brewers, too.

“When we saw what was happening in Ukraine we wanted to show our support – taking part in #BrewforUkraine was the least we could do,” says July O’Grady of Merseyside brewery Neptune, which is making a Pravda Belgian Witbier in aid of the Disaster Emergency Committee Ukraine appeal. No-lo specialist Mash Gang has also created a 0.5%abv version of Pravda’s 9.3% abv beetroot-laced Ukranian Imperial Stout which will raise funds for Ukrainian charities when it launches next month.

North American brewers already committed to the project include Miami’s J Wakefield Brewing and HomeGrownBrewing Company in Michigan. “We are a family-run brewery with grandparents and great-grandparents who emigrated from Ukraine, so this feels close to home for us,” says HomeGrownBrewing’s head brewer Joe Powers. “Through a collaboration brew we can put our skills to good use and our patrons can show support.”

“All of the eyes are on us right now, and everyone is wanting to help,” acknowledges Maselko. “We are calling on the world’s governments to close the skies above Ukraine. But helping doesn’t mean you have to have a rifle in your hand. If you can, tell the true stories and not the stories that Russian propaganda tells the world. That helps too. Whatever you do, stand with Ukraine and support our people.”

More details of the Pravda #BrewforUkraine campaign can be found on Facebook.

And it’s just one of many fundraisers for Ukraine now being organised by the brewing industry. For more search #BrewforUkraine #DrinkersforUkraine