Wineries, breweries and distilleries could see fertiliser shortages as potash, often mined in Russia, becomes unavailable during the war. 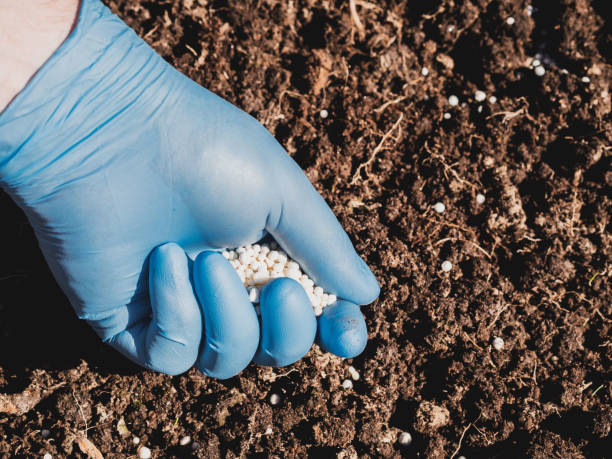 To mitigate issues, Canadian fertiliser company Nutrien has already announced plans to increase its output of potash by nearly one million tons this year, but warns harvests may be affected.

Potash, which is a vital ingredient necessary for producing nitrogen-containing fertilisers, is made largely in markets such as Canada, however Russia and Belarus are the next biggest suppliers and without their input, grain and fruit crops could suffer in upcoming harvests having a knock on effect on the drinks industry.

The move, which is provoked by the uncertainty of supply from a Eastern Europe is an attempt to offset the negative effect of reduced supplies that could have a detrimental impact upon the wine industry in areas outside of Europe that cannot generate their own supply of fertilisers.

Nutrien’s interim president and CEO Ken Seitz highlighted in a recent statement how the disruption in Europe affects the supply of key agriculture, fertiliser and energy commodities that could have implications for the wider food and drinks sector.

He added that Nutrien is responding by expanding its potash production to help provide those working on the land with what they are sure to need to get the best out of their terroir.

Potash production is expected to increase by nearly 20% compared to 2020, and Nutrien will reportedly account for over 70% of global production during this period.

The company has also indicated that it expects a small rise in its capital expenditures for 2022 and has plans to hire additional employees at its mines.

Seitz said: “We continue to closely monitor market conditions and will evolve our long-term plans to ensure we utilise our assets in a safe and sustainable manner that benefits all our stakeholders.”

Nutrien explained that, essentially, potash is present everywhere – from slowing the ageing of wine, to preserving drinks in cans and giving certain products aromas. It is, after all, a much unspoken natural ingredient that has many uses – especially for those that grow field crops.

As a key nutrient to fertilise vines or fields of wheat or barley for spirits and beers in particular, it is important to ensure that there is enough potash to grow staple grains and cereals for the future of the industry to thrive as well as sustainability plans to continue on in the circular economy of animal feed.

The company reiterated how potash-based fertilisers will be imperative in ensuring that the world’s farms can keep up with the global population and amidst rising energy prices. Indeed, hinting that fertiliser prices were likely to also peak of there is a lack of potash exportation readied and available.

According to analysts, the consequences could cause global disruption to harvests and vineyards and those located outside Europe without good supply chain links or fixed prices for fertilisers could suffer the most.