London’s Pinch Bar is hosting a ‘donate with drinks’ fundraiser tonight (28 February) to raise money for British-Ukrainian Aid, a charity that helps support those injured or displaced by the ongoing conflict. 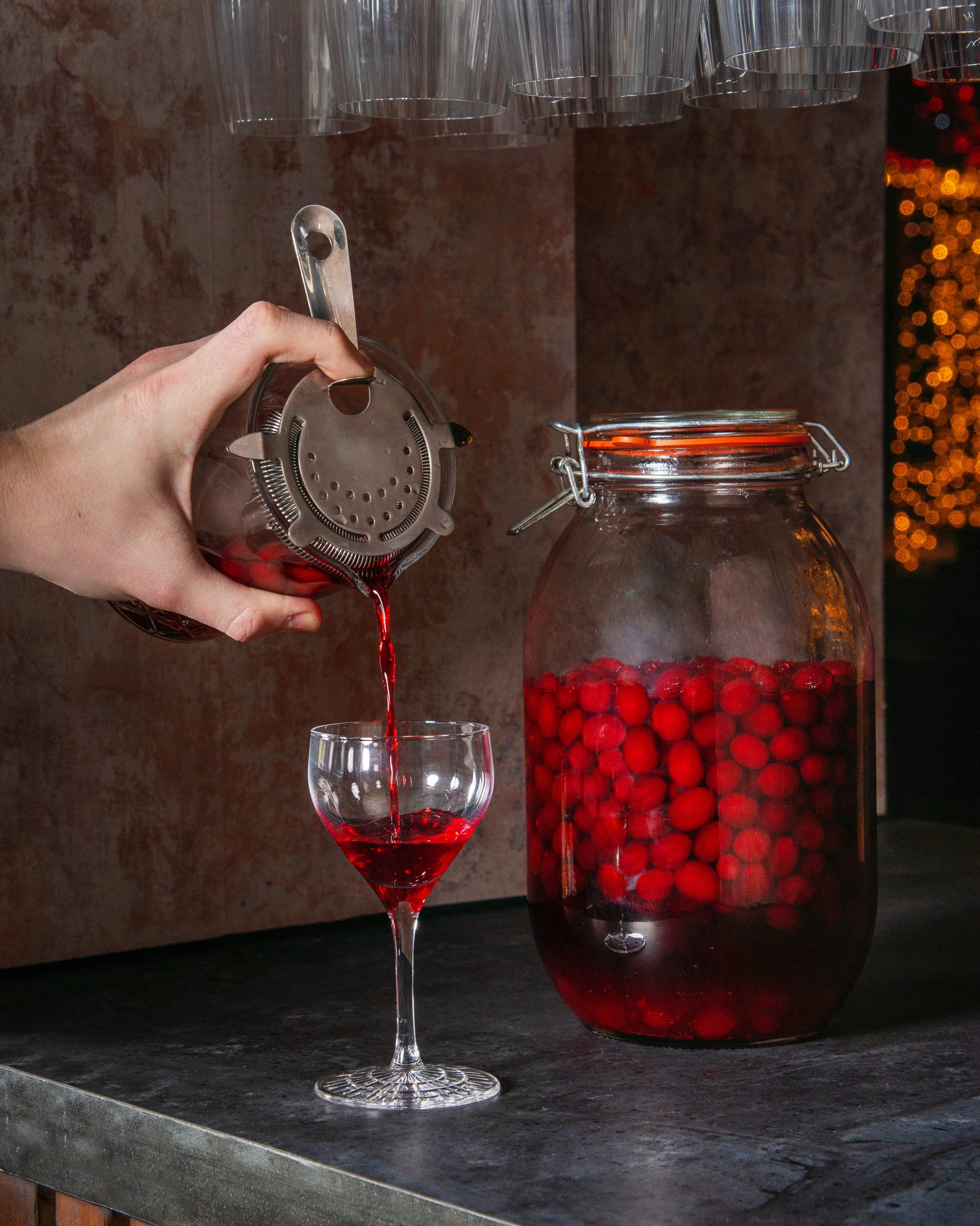 On Monday 28 February from 6-10pm, Pinch Bar in Fitzrovia will be hosting a fundraiser in partnership with premium Ukrainian vodka brand Dima’s.

The ‘donate with drinks’ event will raise money for British-Ukrainian Aid, a charity that helps support those injured or displaced by the ongoing conflict.

The cocktails will be £10 all evening, with Nightjar founder Tony Pescatori and Manuel Spolaore of the Ritz looking after the drinks.

Cocktails include a Martini-style Budmo! — the Ukrainian toast pronounced “bood” and meaning ‘more’ — a fresh Gimlet riff called a Vesna, the Ukrainian word for Spring, and a White Ukrainian cocktail, made with vodka, coffee liqueur and cream.

Owners Yana Galiyeva and Alex Ribalicenko, who celebrated their wedding in 2020, developed Pinch’s drinks menu in celebration of their Ukrainian roots.

Pinch launched last year with a focus on nalivkas, a traditional alcoholic ferment made in-house using fruit, sugar and water. Homemade vodka is infused with fruits, berries, and other natural ingredients in harvest, producing vodkas of all flavours from plants commonly grown in the garden.

“Our idea was to introduce Ukrainian vodka infusions, which is a very traditional drink people produce at home in Ukraine,” wife Yana Galiyeva told db.

The couple were inspired by the number of flavoured spirits and infusions on the market, turning naturally to vodka – the category they know best.

Cranberry and honey infusions left soaking on display atop Pinch’s backbar are joined by more savoury offerings, including horseradish and black pepper.

Amid the ongoing crisis, the couple decided to host a charity event to raise money for their countrymen. Galiyeva told the Evening Standard this morning: “We are doing this event to raise awareness of a horrific war happening in Ukraine right now and to raise funds to help civilians that are suffering in Ukraine today.”

For the foreseeable future, Pinch will be donating 15% of their profits to the Ukrainian armed forces to help take a stand against the oppression. A donation link on their Instagram page directs people to the National Bank of Ukraine.