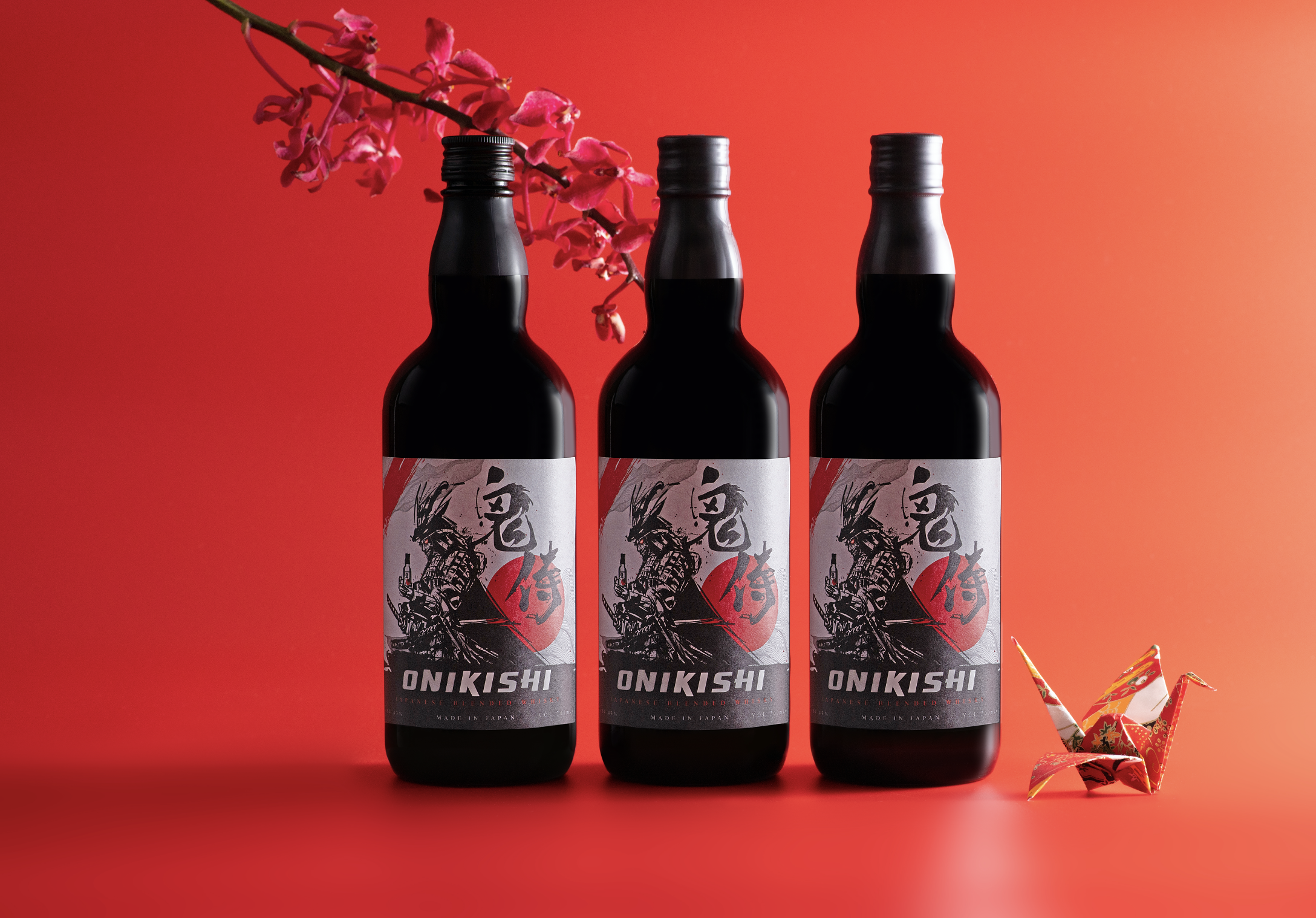 Onikishi, meaning Demon Knight in Japanese, was created in response to the growing demand for Japanese whisky.

Originating in Taka-cho, Taka-gun, Hyogo Prefecture, Onikishi is produced close to the geographic centre of Japan.

The Japanese blended whisky bottle was designed to honour Japan both as a pioneer of cutting edge technology and as guardian of ancient traditions. According to its makers, Onikishi echoes and honours these contrasts with its traditional look and feel of Japanese sake and whisky, but twists it with a bold Anime style and provocative graphics.

Damith Weerakoon, Director of Marketing & Operations at Milestone, said: “We developed Onikishi to capture the imaginations of Japan fans, Anime enthusiasts, casual samurai wannabes – and marry this to the world of Japanese whisky where interest and pricing had become all too serious.

“Onikishi is a whisky for all to stand out on any shelf, tell an interesting story and please the palate, paying homage to the enduring essence of Japan. We are thrilled to have Iconic as partners to unleash Onikishi within Australia.”

Australia is a key market for expansion of Milestone’s Onikishi brand.

Dean Terranova, founder of Iconic Beverages commented: “With the ever growing popularity of Japanese whisky we saw a clear opportunity and perfect space in our portfolio to bring Onikishi to Australia. It seems like we’ve picked a winner and are ecstatic to already have Onikishi in Vintage Cellars and First Choice within weeks of arrival.”

Nose
A woody body from American white oak with honey tones give way to a heathery and myrtle floral scent with notes of citrus.

Palate
Honey and vanilla give way to a more robust caramel that coats the mouth and makes way through the mid palate to a warmer cedar smoke.

Finish
Yuzu zest contrasts the opening sweetness to end as it begins on a woody note.

Serving tips: Neat, on the rocks or in a cocktail. A classic highball blends Onikishi with a touch of Yuzu juice, topped with soda and a slice of yuzu for a sessionable companion. The Onikishi coffee sour blends the whisky with coffee liqueur, lemon and lime juice with lemonade for a refreshing twist on a whisky sour.