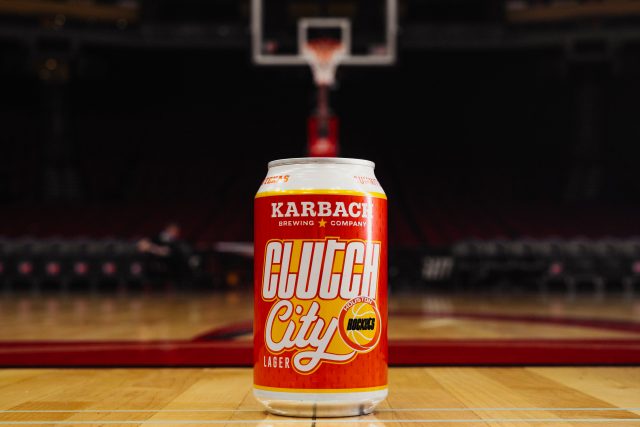 Karbach director of marketing David Graham told the drinks business: “The process was incredible: working to craft the perfect beer for a Rockets fan, the trial tastings, and working with Rockets legends such as Mario Elie, Calvin Murphy, and team president Gretchen Sheirr. It was an honour to collaborate with such an iconic and legendary team to create a beer that speaks to the whole team and their fans, while still adding our traditional Karbach touch”.

Graham explained that a portion of proceeds from the beer sales will be donated to benefit the newly relaunched Clutch City Foundation, an organisation providing help, hope and inspiration to those in the Houston community who are less fortunate.

He added: “We’re thrilled to donate a portion of proceeds and stand by the Rockets in the re-launch of Clutch City Foundation, to provide help throughout the Houston community” and reiterated that the team was “incredibly proud” of the resulting lager, which he described as “a clean, crisp beer that is the perfect pairing with Rockets Basketball”.

The 4%-ABV American lager will be available for sale in 12 oz cans and six-packs across stores in Houston.