Aresti: answers from the great beyond

Winemakers love to push the limits. Altitude, latitude, vines whose roots almost dip into the ocean, vines that survive in desert conditions: no extreme has been left unexplored. Yet it’s rare to find all these diverse boundaries being pushed by a single producer. 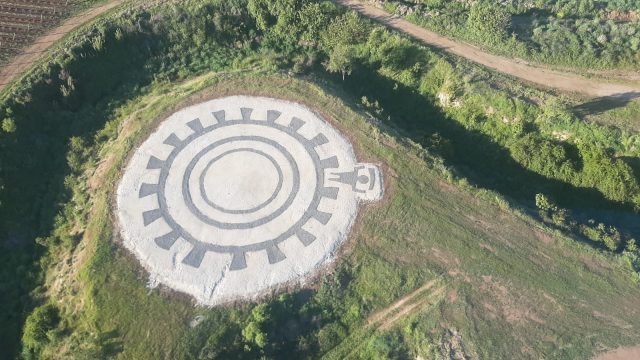 Perhaps unsurprisingly, Viña Aresti is based in Chile, a country whose geographic stretch of over 4,000 miles, sandwiched between the Andes mountains, Pacific Ocean, Atacama Desert and icy Antarctic, certainly lends itself to extremes. As Chile’s winemakers increasingly seek to capture their country’s astonishing charisma in bottled form, Aresti is in the middle of a project that not only taps into its nation’s rich geography, but history too.

It started from a simple brand overhaul. Seeking to update its Espiritu de Chile range, in 2018 Aresti requested permission to use an image of some recently discovered geoglyphs – large motifs cut into the rock – in the northern Pampa del Tamgrugal reserve. In exchange, the producer organised a permanent exhibition of these ancient geoglyphs at the museum in the local oasis town of Pica.

But it didn’t end there. The relationship Aresti built with the Pica community during this initial project has now developed into a far more deep-rooted, ambitious scheme to help revive the region’s viticultural tradition. Located about 700 miles north of Huasco, generally regarded as modern-day Chile’s northern wine frontier, Pica represents a striking extreme. Yet the town’s history suggests this venture into the arid depths of the Atacama may not prove so fruitless as one might initially assume.

Bárbara Lewin, marketing manager at Aresti, explains: “The Pica oasis was the main wine producing area in the north when the Spanish conquerors arrived in Chile, and during the golden time of the silver mines and saltpetre.” However, she reports, “The last vintage is dated 1937.”

Progress so far is promising. In 2019 Aresti planted an experimental quantity of Cabernet Sauvignon, Carmenere, Petit Verdot, Cabernet Franc, Grenache and Malbec. Since then, the producer’s agricultural manager has worked closely with the Pica co-operative to support pruning and, in 2021, the project’s first harvest.

Aresti head winemaker Jon Usiabaga and his team oversaw the inaugural vinification, even building a traditional lager to encourage full community participation through foot-treading. However the project has also been set up as an exchange programme, with Pico co-operative members invited down to Aresti’s headquarters in Curicó, over 1,200 miles to the south, so that both sides can share and broaden their knowledge.

The Pica project is also yielding potentially valuable data. Usiabaga reports: “We are analyzing the first samples of this first vintage 2021 to identify the level of resveratrol, polyphenols, and antioxidants.” The information, in particular the level and impact of ultra-violet radiation here, may well be used to inform not only Aresti’s longer term ambitions for commercial viticulture in Pica, but other company projects in the north of Chile.

The Aresti team is also working to identify and rescue genetic material from established vines still growing in Pica, which hold important information about the oasis town’s wine heritage and may perhaps have a role to play in its future.

It remains early days, but Usiabaga predicts that in a few years’ time, “we are very confident we will be presenting a wine from Pica branded Espiritu de Chile that will be a result of this cooperation.”

Meanwhile Aresti is nearing the culmination of another project focused on exploring Chile’s extremes, this time within the sphere of its home region, Curicó. Presented under the Trisquel brand, the first release back in 2015 was Merlot Altitud, produced from a 4-hectare mountain vineyard surrounded by native forest.

Next came a Semillon from the central part of the valley, swiftly followed by a Cabernet Sauvignon from the oldest vines on the Aresti estate, planted to mark its foundation in 1951. Then, in 2017 came a Chardonnay and a Malbec from the coastal side of Curicó, creating a range whose representatives Usiabaga describes as “completely different”, not only to each other but also with “no comparison to other wines.”

2022 will see the launch of the final two Trisquel wines, a Sauvignon Blanc and Pinot Noir. Both come from a small 2-hectare vineyard planted just 500m from the Pacific, which Usiabaga claims is “the closest to the sea in Chile.”

Alongside all these geographical adventures, Aresti is also pushing hard at the boundaries of sustainability. The company aims to reduce its carbon footprint by 10% by 2023, with a target of being carbon neutral by 2050.

This ambition is supported by major initiatives such as the solar panels that now provide 100% of the energy required for the irrigation system of its largest estate, La Reserva. Meanwhile Aresti is working with Wines of Chile on a separate irrigation project that aims to find ways to use water – a particularly precious in this part of the world – more efficiently.

It’s not difficult to see how the information gleaned from so many restless quests can be usefully transferred between projects. After all, improved water efficiency appears crucial to the long-term commercial viability of vineyards in the depths of the Atacama.

That commercial viability is, of course, key. From a wine lover’s perspective, if even half of this adventurous spirit translates into the glasses being filled in the UK, Norway and Japan, then there’ll be no question that Chile today has evolved into one of the most exciting wine sources on this gloriously varied planet.

A brilliant sub £15 bottle of Cab, with plenty of ripe black and blue fruit, a touch of spice, vanilla and chocolate, and some dried mint and firm tannin to give a fresh, dry finish.

This top-end offer from Aresti is made from a combination of Cabernet and other complementary grapes, from Merlot to Syrah and Petit Verdot from the producer’s best vineyards. It’s an intense, concentrated and layered wine, with masses of dark cherry and blackcurrant fruit, and a delicate note of violets and pepper, along with cedar, and some creamy vanilla and coconut too. There’s a firm structure to the wine, with plenty of dry tannin, suggesting that this powerful, straight-sided red, while lovely now, has great potential to age and develop over further time in the bottle.