There were several contenders for the “Word of 2020” title, including “pandemic”, “lockdown” and “vaccine”. But by far the leading contender for the 2021 accolade is “shortage”. 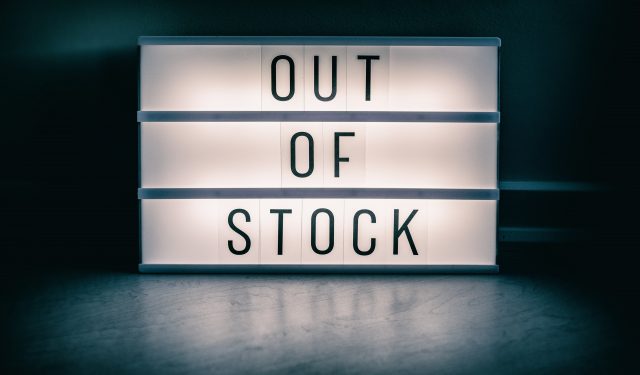 From lorry drivers to bar staff, from migrant harvesters to glass and aluminium supplies and shipping capacity, the hospitality sector is beset by supply problems – and that is before taking account of poor harvests, especially in New Zealand and America’s Mid West.

New Zealand’s grape harvest this year was 20% down on 2020, with Sauvignon Blanc the variety worst affected. Suppliers looking to combat the shortfall are trying to source wine elsewhere but demand for scarce shipping means that it is costing almost quadruple the 2019 rate to transport supplies from the likes of Chile, for instance.

And New Zealand’s problems are not going away. In Marlborough alone, it is estimated that some 1,200 pickers will be needed to bring in the 2022 vintage.

Before Covid, migrant workers made up the bulk of the harvesting teams. But most returned home and when the new season begins in March, they will not be available unless the NZ government does a U-turn on entry requirements.

So wineries have already begun the search for workers – four months in advance of the harvest.

In the UK, brewers and distillers have long-term contracts for the lion’s share of their malting barley needs and the 2021 crop was of good quality and yielded slightly more than the norm. Even so, with global demand for beer and spirits rising rapidly there is upward pressure on wholesale prices.

In North America, which historically accounts for 20% of the world’s barley, severe drought hit this year’s production. The USA’s barley crop fell from 3.5 million tonnes to 2.3 million tonnes while Canada’s barley harvest was 6.5 million tonnes, virtually half the original forecast.

As a result, global barley stockpiles are likely to fall to their lowest in nearly 40 years, according to the Canadian Malting Barley Technical Centre, driving prices for Canadian grain to record highs.

The European Union’s barley crop was hit by prolonged wet weather and the harvest shrank to its second smallest since 1968. Compounding the problem are extra shipments to China (notably from France) to replace supplies from Australia which are effectively embargoed by Beijing as part of the trade spat between the two countries.

And it is not only the ingredients the alcohol industry uses that are in short supply; the cost of containers in which they are sold is soaring too.

The global price of aluminium used in making drinks cans has recently stabilised after reaching a 13-year high of US$3,221 a tonne earlier this year, driven by capacity reductions during the Covid-19 crisis coinciding with surging demand as consumers turned to home drinking during the lockdowns.

Perversely, as demand rose, aluminium smelters in China were ordered to limit or stop production to reduce pressure on the country’s power grid, in part caused by a ban on coal shipments from Australia.

Other aluminium producers around the world also cut their output as power costs rose because energy accounts for approximately 40% of the total cost of drinks cans.

With similar constraints affecting glass bottle production, industry costs are rising all round and the warnings of price rises are coming thick and fast.

AB InBev, the world’s largest brewer, has been leading the way and recently raised its prices in markets such as Brazil, Colombia, Mexico, Nigeria and China.

Chief executive Dave Burwick says they will “look reasonable” in the “context of everything else”.

Campari’s Bob Kunze-Concewitz has said that he too will be increasing prices next year and it is impossible to see the global groups with which he competes not following suit rather than accepting very heavy erosion of their margins and profits.

Chancellor Rishi Sunak proclaimed that his Budget would cut the price of a pint by 3p in the New Year but UK beer prices were already set to soar by up to 30p a pint as pubs across the country as landlords grapple with rising costs.

The global energy crunch is forcing up power prices, The National Living Wage will rise to £9.50 per hour from 1 April 2022, up by 59p or 6.6%. National insurance costs are going up as well and overall the government’s own forecasts suggest that inflation will hit 5% next year.

One survey said that eight in 10 pubs have raised their prices or will do soon. Fears that the £6 pint could become widespread in London and the South East could soon become fact.

Overall, the UK’s hospitality sector is wrestling with its highest level of job vacancies since records began. Industry bodies say one in five workers has left the sector during the coronavirus pandemic while tens of thousands of EU nationals have left following Brexit.

And even if employers can find the staff to serve customers, transporting supplies in the first place is a headache.

The Road Haulage Association estimates there is now a shortage of more than 100,000 qualified drivers in the UK, including thousands from EU member states who were previously living and working in the UK but who are not returning.

None of these problems is going away; many are intensifying, increasing the risk of more hospitality outlets disappearing forever.