The Aston Manor Cider Mill has revealed that, thanks to several years of major investment, it has produced its greatest-ever volume of juice. 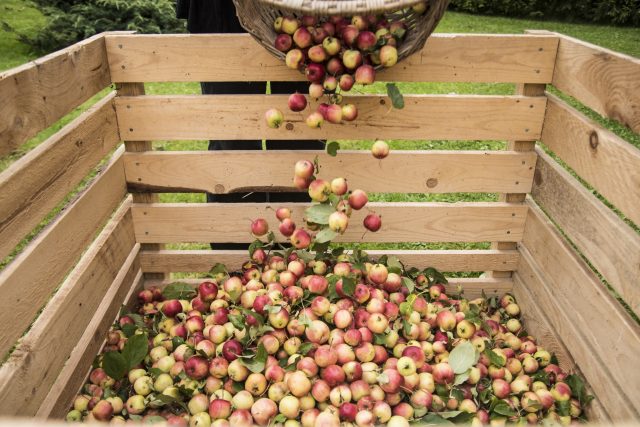 Under the direction of site manager, Brendan O’Donnell, and across 57 pressing days, the maximum volume processed in a day was 498 tonnes, a 17% improvement on the best performance in 2020.

Gordon Johncox, chief executive of Aston Manor, said: “It is great to see how investment over several years is further improving the already exceptional performance at the Cider Mill in Stourport. The site is vital to our ability to make a broad range of quality products as it provides the cider apple juice we need.”

Investments into Aston Manor began in earnest back in 2014 when the cider maker began planting 1,000 acres of new orchards, adding over 400,000 trees to its landscape.
As well as increasing capacity, the cider house also commissioned a centrifuge and began doing its bit for sustainability by sending 3,295 tonnes of pomace for anaerobic digestion to generate green energy.

In recent months further investment has seen the cider maker add flood defence measures to its riverside site and has further plans afoot to work will automate pomace handling during the pressing season to increase operational efficiency and enable the business to provide more certainty to farmers and growers in the local area.

Over the lifetime of the long-term contracts agreed with growers, it has been estimated that Aston Manor will have injected over £55m into the rural economy as a result of its planting scheme.