Biddenden Vineyards in Kent has released what it claims is the sweetest wine ever made in the UK, which contains a tooth-tingling 122g/l of residual sugar. 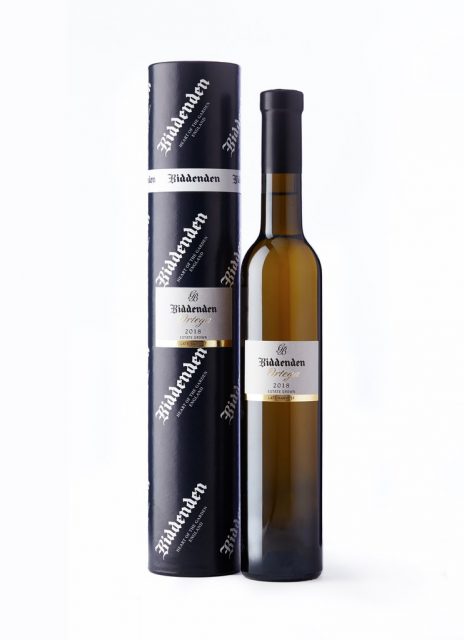 Priced at £122 per 37.5cl bottle in a nod to its sugar level, Biddenden Ortega Late Harvest 2018 has gone on sale via the estate’s website.

According to its makers, the wine boasts fruit, floral and honey notes, and layers of honey, elderflower and butterscotch on the palate. The finish is long and clean with a hint of black pepper.

The wine hails from the 2018 vintage, which was celebrated in the UK due to its ideal conditions, boosted by a long, hot summer, leading to a bumper harvest of high quality grapes.

Biddenden’s owner, Julian Barnes, used the opportunity to create what he claims is the wine with the highest naturally occurring sugar content in the UK.

“We kept a select parcel of Ortega grapes on the vine until late October. Right from the start, it felt like it was going to be something special.

“We harvested the Ortega at the perfect moment, but the raisined grapes were much harder than we were used to, and we knew that they weren’t going to go through our grape press. So we put them through one of our belt presses.

“We were able to quickly begin fermentation, which resulted in the light colouring to the wine. We were so impressed at the level of natural sweetness in the must that we took a sample to have it tested. The result was a whopping 325 g/l of sugar.

“We proceeded with a cool fermentation, using sweet wine yeast, stopped at 10% vol, leaving a residual sugar of 122g/l. The wine was then left in American oak for six weeks before bottling. We believe that no other vineyard has ever recorded naturally occurring sweetness levels like this in the UK,” said general manager Tom Barnes.

“We tasted it last Christmas, but it wasn’t quite ready, then we opened a bottle to taste on Dad’s birthday in August and realised it was already incredibly special, after only two-and-a-half years in bottle. I can’t wait to see how it develops over the next 10 years. My advice would be to drink one now and keep another to lay down,” he added.

Biddenden’s Ortega vines are some of the oldest in the country at nearly half a century, and account for half of the plantings at the estate.