Organic cure for Pierce’s Disease will save vineyards

The world’s first organic treatment for Pierce’s Disease (PD) in grapevines has been developed by a group of Texas A&M researchers. 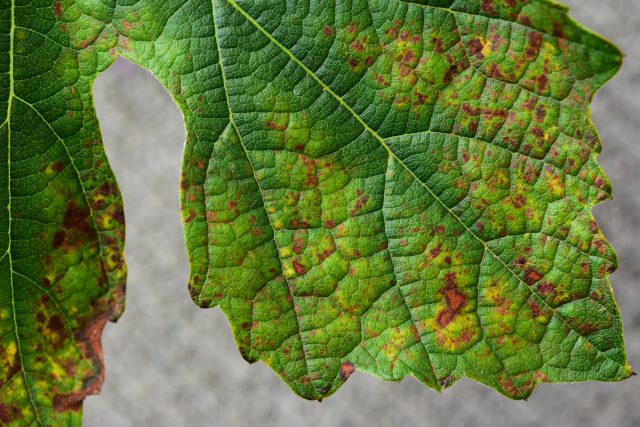 In vineyards diagnosed with PD, insecticides had previously been necessary to reduce the spread between vines. However, until now, vineyards affected have been unable to remain organic.

“In the case of PD, the bacterium involved is vectored by an insect, the glassy-winged sharpshooter that feeds on plant tissues and the cane, so it’s an effective vector that can sometimes be controlled by systemic pesticides,” lead researcher and microbiologist Carlos Gonzalez told Farm Progress. But, Gonzalez explained, the new “research findings resulted in an injectable organic remedy that cures the plant from within rather than as a surface application.  As with any biological, if you rely on pesticides that are not systemic and it rains, it’s not going to do much good. We developed a bacteriophage treatment that works to cure the plant from within rather than a chemical that kills insects that vector the pathogen.”

The new organic bacteriophage treatment has been used in Northern California test vineyards and after two seasons has reportedly reduced the extent of PD in high-disease-pressure vineyards by almost 60%.

“It’s approved as organic and a lot of premier wine growers want to grow that way so they can control disease and still remain organic,” said Gonzalez.

The new treatment has been approved by the EPA and is reportedly registered in California, Arizona, and Texas as approved for use in organic production.

PD, originally discovered by plant pathologist Newton B. Pierce, primarily affects grape vines in the America continents. Chardonnay and Pinot Noir grape varieties have, historically, been sensitive to the disease. Annually, the disease has plagued Californian wine regions and has destroyed thousands of vines in the process.

No cures, other than surface sprayed pesticides, had been discovered to treat PD until now.