Meet the man known as the Terroir Hunter of Chile

Viña Unduragga’s chief winemaker Rafael Urrejola is known for his uncanny ability to detect soil types and characteristics, using his intuition to find the best spots for planting. Here, he talks to db about his vinous sixth sense. 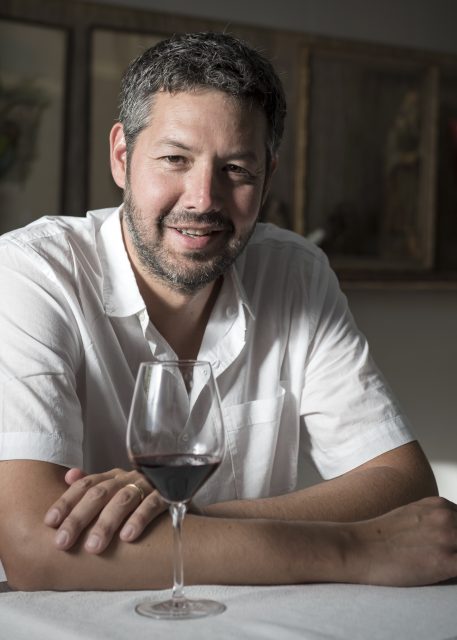 Rafael Urrejola joined Viña Undurraga, located in the heart of Chile’s Maipo Valley, in 2007. Initially tasked with developing a new range of wines based on terroir, the now emblematic brand known as TH was named after him, and so the man became the legend, with Urrejola himself referred to widely as the Terroir Hunter. But how does he feel about the moniker? We caught up with the man who was crowned 2017’s Chilean Winemaker of the Year by Tim Atkin MW about breaking into new territories and never taking no for an answer.

How did the TH range come about?

“We wanted to develop a project that was all about terroir. The idea was to create one range specifically for terroir wines, from different regions, all under the same label. Every year, we would change these up and find the best, most exciting locations. We started off with just four wines, and now we have around 20 in the collection.”

And so you became known as the Terroir Hunter…

“I hated the name at first. It felt like carrying around a bag of rocks on my shoulders. But then I was like ‘OK, so now I have to live up to it’. But when you have the trust, confidence and support of the company, it makes it easier. It might be my nickname on the bottle, but its contents is the result of a lot of teamwork. I consult with so many people – oenologists, viticulturalists, geologists (including one who worked on Sting’s Il Palagio estate in Tuscany). It’s a real collaboration.”

“It’s like some mystical thing, an intuition. You just get a feeling about some places. Take our TH Cabernet from Maipo, for instance. No one liked the wine, it wasn’t doing well, so I went out to our 30-year-old vineyard at the foot of the Andes. I spent some time there, looked around and afterwards I told the viticulturalist ‘It’s impossible to make a bad wine here, in such a special place.’ I just knew it had the potential. So, we changed a few things around and I think the wine went on to become the first Unduragga wine to be on the cover of Decanter.”

You’ve produced wines from some surprising locations. Are your suggestions always well received?

“Many times people have thought I was mad for trying to make wine in a certain place. I say ‘I haven’t made a blue or a yellow wine yet, so I’m not crazy’. When I get an idea, I really go for it. If it turns out to be a bad idea then fair enough. But you have to have perseverance when you really think that something will work. That, and lots of passion and focus.” 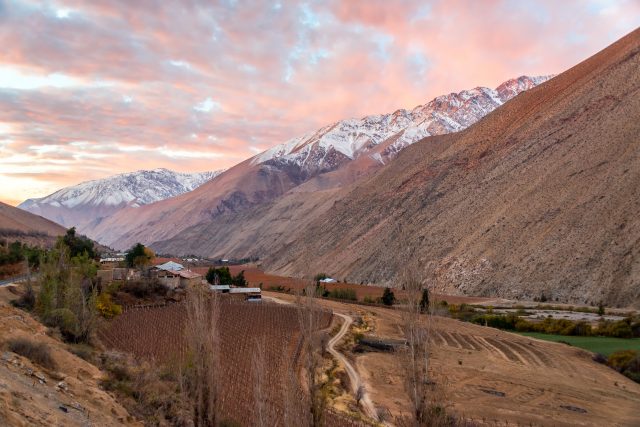 It must have led to some satisfying “I told you so” moments….

“We had one wine, a Carignan, which no one wanted to put on their wine list. Everyone said there was no commercial demand for it. About a year later, we took an important client out for lunch. I asked if he wanted to try a red wine and he asked what it was. I said ‘don’t worry about it. You’re going to like it.’ And he loved it. I think he ordered several cases of it there and then. When the wine is good, there will always be a space for it somewhere. You just need to be patient to find the right moment.”

At Undurraga you have vineyards in Maipo, Colchagua, Leyda, Maule and more. Are you looking at planting anywhere new right now?

“We had an intensive 14-year exploring period, where we planted close to the ocean, high up in the Andes. We even planted Pinot Noir in Patagonia, which is possibly the most southernly Pinot Noir ever made. Now, we’re in a process of consolidating what we have and looking at the evolution of the vineyards, which is just as important.”

Have you made any big changes as a result of these evaluations?

“At Undurraga we’ve been focusing on making wines that last longer, as Chilean whites often die after two years or so. We’ve tweaked our process to let a little more oxygen into the wines, which means we lose some of the aroma, but the wines age better. It gives us more commercial flexibility as buyers don’t have to worry about being left with excess stock.”

Any new releases in the pipeline for 2021?

“We haven’t had the chance yet to make a massive wine in the UK, but this could soon change as we have a new listing with M&S coming towards the end of the year; a Sauvignon Blanc from the Leyda Valley that’s been a while in the making. We have around 180 hectares, mostly Sauvignon Blanc, in our Leyda vineyard. It’s 10km from the coast, with sea-facing slopes, so we get that nice influence from the Pacific Ocean. This wine has very good ageing potential – a shelf life of around three to five years – and a nice freshness. It’s quite mineral, and herbal. Not as exuberant as a New Zealand Sauvignon Blanc. It’s a bit more austere and elegant.”

What else are you excited about for Undurraga’s future?

“We have a Montepulciano in our TH Rarities collection, which tastes very different to the style you find in Italy. In Abruzzo, it’s herbal, lighter, tannic. In Cauquenes, where we make it, the warmer climate gives the wine a richer, more rustic flavour. In a few super-Tuscans, they are using small concentrates of Montepulciano in blends, which makes the wine more muscular. It will be interesting to see how our own Montepulciano develops and where we can take it. The Cauquenes area has been extremely significant for us. It’s paradise for a winemaker, with its ungrafted 70-year-old vines. For me, the future is about not being static. If I have 10 ideas, maybe seven or eight will get through. But I’ll make them count.”