We round up the latest bar and restaurant news, including a hot Sri Lankan collab, an 18th-century-inspired den of debauchery, and a new offering by one of Scotland’s finest chefs… 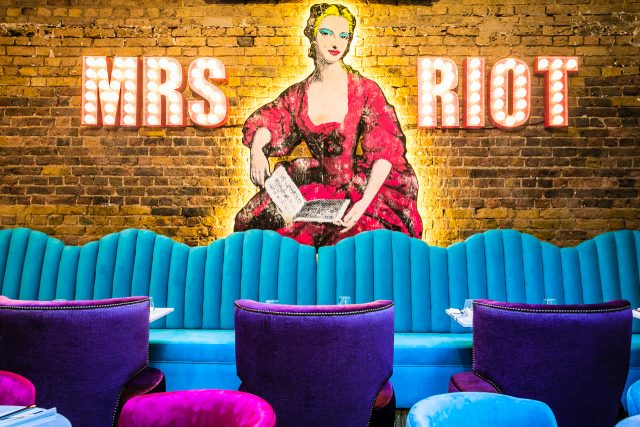 This new Covent Garden pleasure den will host live music and entertainment every night of the week, plus a drag brunch with unlimited pink bellinis at the weekend. Taking inspiration from pioneering feminist and performer Kitty Clive, who transformed the London scene in the 1700s, indulgent cocktails will include the Dellini, made with caramelised peach puree and Della Vite Prosecco, the fizz from the Delavigne sisters. Also worth a try is the Black Margarita, made with Tapatio Tequila, Cointreau and blackberry puree, and served with a black salt rim. Wonderfully decadent food highlights include a giant Burrata with truffle oil (need we say more…?), charcuterie platters, and numerous dips with hand rolled grissini breadsticks for dunking.

Following a change of ownership and input from the folk at Soho House, The Rum Kitchen and Inception Group, this Ladbroke Grove gem opened its doors on 20 July. Hand-crafted cocktails and South American inspired sharing plates are the name of the game, with the likes of beef tartare and cured egg yolk tostadas and mushroom and garlic confit croquetas whipped up by Bodega Nega alumni Chef Sebastian Becerra. Its dreamy sunshine yellow bar and leafy terrace are the ideal spot to sip Watermelon Daiquiri’s and Balsazar Rose Spritz’s this summer. 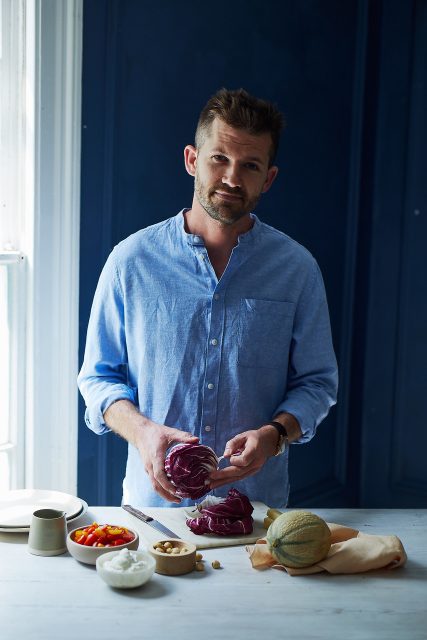 A new permanent restaurant from chef Gabriel Waterhouse (pictured above), who honed his craft at Galvin la Chappelle, will open near Regent’s Canal in September. Designed to challenge perceptions of fine dining, and likened more to a relaxed dinner party, the restaurant has space for 40 covers, with both communal and individual tables. On the menu is the likes of pork belly donut with plum chutney; St Austell mussels and Jerusalem artichoke with chive and lemon, and Herdwick lamb served with black garlic, polenta & mint. Stilton ice-cream with a pear and oat crumble is among the delicious dessert offerings.  The restaurant will also showcase a broad array of low-intervention wines from across Europe.

Much-loved London bar Lyaness from Ryan Chetiyawardana, AKA Mr Lyan, is bringing its celebrated Sunday Lyan series back, this time in partnership with Fever-Tree. The series will see Lyaness join forces with some of the best bars and restaurants in the UK for a special menu each Sunday. It kicks off on 25 July with award-winning Sri Lankan restaurant Hoppers, and forthcoming collaborations will include lauded Scottish pub The Gate. Guests can look forward to cocktail creations bursting with Sri Lankan and South Asian flavours. 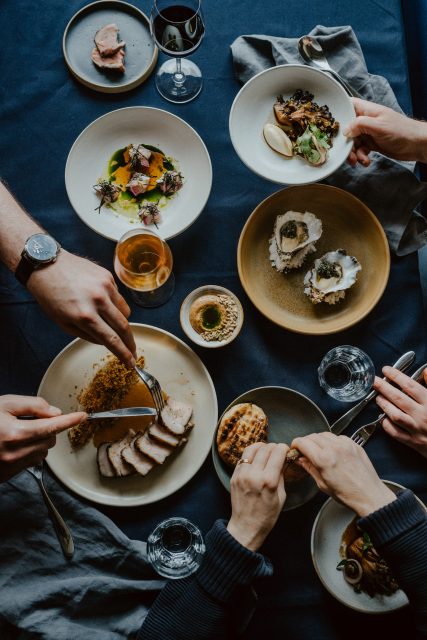 Roberta Hall-McCarron, chef owner of Leith-based restaurant The Little Chartroom is relocating her flagship restaurant to another spot down the street, as well as opening a brand new venture called Eleanore, housed in The Little Chartroom’s former site. Inspired by her childhood memories of sailing the Scottish coastline, Hall-McCarron’s cuisine takes ingredients from the wilds and waters of the Scottish landscape. In the newly located The Little Chartroom, delights will include the likes of strawberry bourbon iced tea savarin with ricotta ice cream. At Eleanore, a restaurant and wine bar, it’s all about relaxed counter eating, with offerings such as BBQ pork neck with chicory and quince, and oysters with fermented cucumber, sweet pickled apple and horseradish oil.

Chef Chris Denney, who worked previously at the 3 Michelin starred Piazza Duomo in Italy, launched his new restaurant in the heart of Notting Hill on 23 July, where he is expected to continue being a disruptive force on the British food scene. The bohemian atmosphere is designed with the local artistic community in mind, who will be able to tuck into plates such as bulgogi sweet bread with kefir cabbage and green onion, and a wagyu short rib with smoked tomato and Colston Bassett stilton. A large open kitchen, tan leather banquettes and a bespoke Rosewood bar feature prominently, alongside velvet chairs and low lighting. Signature cocktail serves will include the Corsica, a blend of Tanqueray No. 10, Lillet Blanc and Pampelle with a grapefruit twist and the Garibaldi made with Campari, orange, lime, passion fruit and mandarin soda.