Distillery plays Metallica songs to its whiskey for ‘sonic enhancement’ 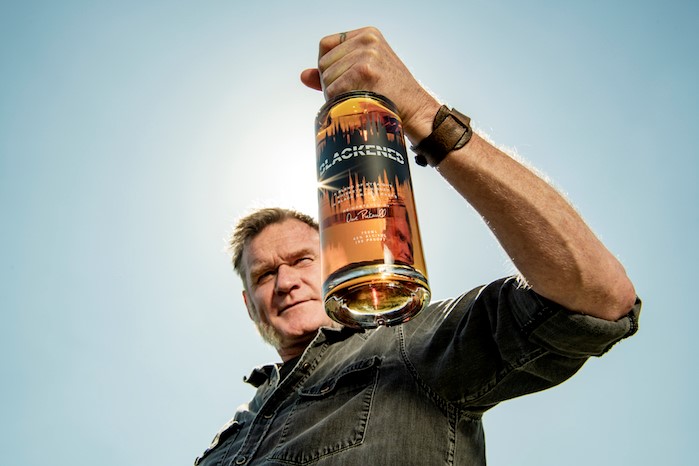 Metallica’s iconic record The Black Album may have been transformative for many of us during our teenage years (cue flash backs to furious moshing in Vans trainers), but are its melodies powerful enough to transform the outcome of a whiskey?

One New York distillery thinks so, as it has subjected its latest batch of whiskies – a mix of straight bourbons and ryes that have been aged for a minimum of eight years, and finished in black brandy casks – to low hertz frequencies of songs from The Black Album to affect chemical reactions in the ageing process.

The trademarked BLACK NOISE sonic-enhancement is said to ‘enhance the interaction between whiskey and wood to bring out deeper flavours and colours.’ And, no doubt, give the distillers something to head bang to while they work…

The musically enhanced tipple, which uses Metallica songs to create sound waves that alter the whiskey, is the latest release from American brand BLACKENED, a collaboration between Metallica band members and Master Distiller and Blender, Rob Dietrich of Sweet Amber Distilling Co.

“The Black Album was one of the first albums that I took up as a personal anthem. It is such a bad*ss record and it carried me and my buddies through some intense times during our military deployments in the early ’90s and beyond,” said Dietrich. “Just like the record, Batch 114 is heavy-hitting and well-balanced, with buttery caramel and oak on first sip, rolling through notes of apricot and almond, followed by an earthy chipotle, walnut, and maple finish.”

It follows an earlier release named Batch 106, which was sonically enhanced to a playlist from the S&M2 live album from Metallica and the San Francisco Symphony.

Released in 1991, The Black Album is the highest-selling album of any genre in the last 30 years, with 17 million units sold in the US and 35 million units sold worldwide. Songs like ‘Sandman,’ ‘Unforgiven,’ and ‘Nothing Else Matters’ fast became global anthems and catapulted Metallica into becoming a household name.