As part of the Vign’Art Festival, Champagne house Gosset will showcase an original work by English artist Bob Budd in Epernay until 15 September. 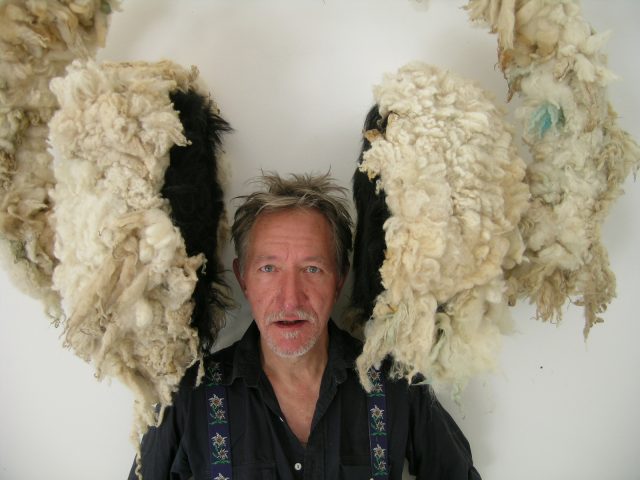 For the second edition of the Vign’Art Festival, Gosset, the oldest house in the Champagne region, will host Réflexions en Champagne, a work by English artist Bob Budd.

The Vign’Art concept was born in 2018 from a desire to create a contemporary art and land art festival in Champagne. The festival strives to promote the marriage of Champagne and contemporary art in the vineyards, and uses the Champagne landscape as the focus of the installations.

As part of the festival, which began on 15 May, Gosset will showcase an original work by Bob Budd in the gardens of the house in Epernay. 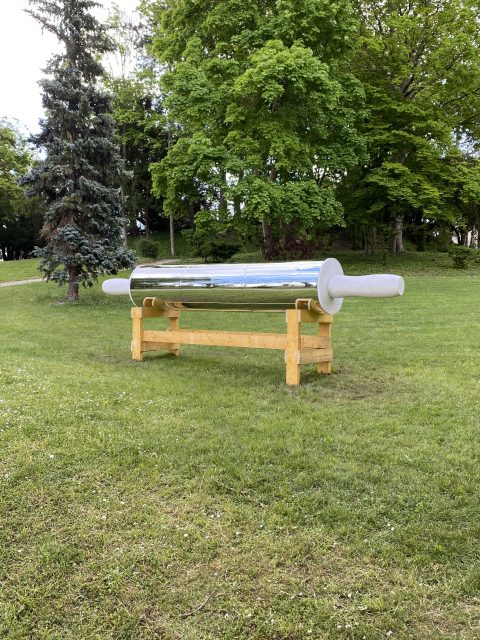 His creative and thematic approach to each place is influenced by its identity and physicality. His work is an ongoing conversation between himself and the world around him. In 2006 he was commissioned to create Eat for England – a 15-foot metal spoon sticking out of the ground in a field in Northumberland – to entice people to the countryside.

Budd says of Réflexions en Champagne: “A rolling pin is used to flatten pastry, but when the imagination comes into play, it can be used to press grapes. The effect I want to achieve is to wrap the landscape onto the rolling pin. The overall effect should be both ironic and humourous, and at the same time allude to the importance of the human hand in the creation of this landscape.”

The artist goes on to tell the story of The Grape Crusher: “At the beginning of all things, while the sun still hung low on the horizon, a man emerged from the half-light and found himself staring at the tools located at the end of his arms, these things called hands, and wondered what they were for?

“As he wandered restlessly through the landscape, he noticed that his hand had reached out and plucked a grape from a small bush. Placed between his thumb and forefinger, he squeezed it and the juice ran down his forearm. He licked it off. It tasted good.

“’Well, well, well’, he remarked, ‘these hands are rather useful’. In his delight, he squeezed more grapes, and then even more. With time and practise he became an expert, admired as an exceptional grape crusher. 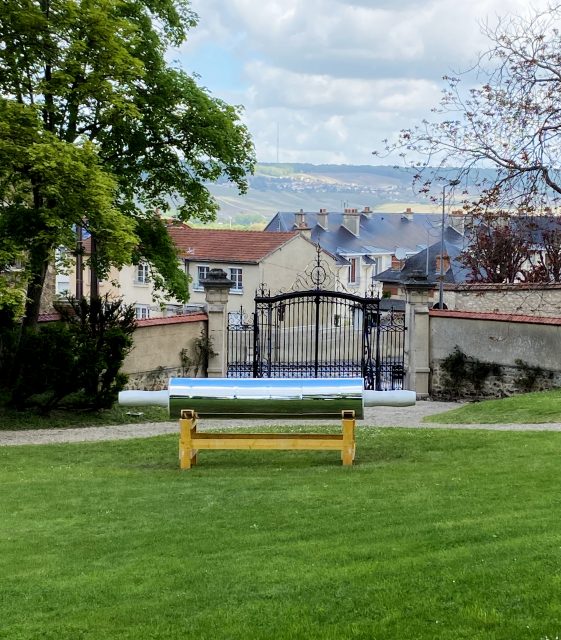 “However, after decades of this routine, the wrinkles on his hands had become cruel, and his fingers were numb. He longed to experience the feeling of that first discovery, when his hands had instinctively reached out for the unknown.”

A spokesperson for Gosset said: “We have decided to participate in the Vign’Art Festival because the roots of our Champagne house lie in the vineyards, both historically and from a winemaking vision.

“While art is timeless, the Vign’Art pieces are ephemeral, as a parallel to Gosset, the oldest house in Champagne producing cuvées that have been celebrating and enhancing the present moment for over four centuries.

“Reflections in Champagne is a contemporary and playful nod to both the Champagne vineyards and gastronomy, and was selected because, like Gosset, the magic starts from the terroir and finds its ultimate expression in a refined cuisine universe.”

This year, 14 artworks have been selected from over 170 applications by a jury chaired by Olaf Holm, director of the Montagne de Reims Regional Nature Park, and represented by 15 members from the association, local authorities and the art world.

Follow the Vign’Art 2021 route to discover the 14 artworks presented along a wine tourism circuit in the Epernay and the Vallée de la Marne area: www.vignart.fr