Beer vs wine calories revealed: which is more fattening?

We’ve all had the age-old argument about the various health merits of beer vs wine, particularly when it comes to the calorie content of each. But which is actually more fattening, and how do calories in wine and beer match up? We examine the evidence. 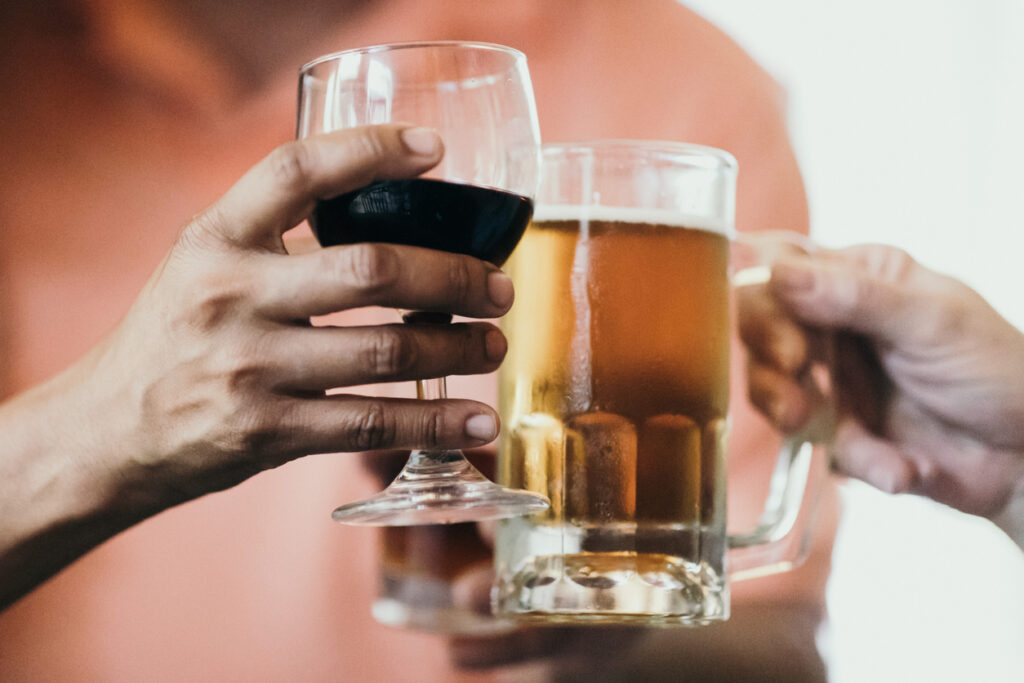 Whatever your personal preferences, when it comes down the respective calories in alcoholic drinks, there do tend to be clear general differences.

Of course, it’s possible for individual drinks in a particular category to prove an outlier, though this would typically be the exception, rather than the rule. For example, since some beers and wines will have higher alcohol percentages than others, the total calorie count could vary widely.

However, before we sink beneath our despair and give up, it does seem possible to make some general assumptions about the relative calorie contents of wine vs beer – and therefore which might be more fattening.

Watch below to discover five of the lowest calorie wines in the world:

Logic would therefore dictate that beer might prove to be more fattening, but once again the evidence seems to be unclear at best.

A 2015 review of studies cited by the BBC found that neither wine nor beer drinkers tend to gain weight in the short-term. The longest of these studies did last just 10 weeks, though – so it’s possible that longer term findings would be different.

The calorie difference between beer and wine, CNN writes, can be accounted for by the leftover carbohydrates found in beer. Wine, by comparison, typically has a relatively low sugar content.

Another point of consideration is that since alcohol is fermented sugar, there is a relation between the amount of alcohol and the number of calories. Therefore, if you drink something with a lower alcohol content, you are consuming fewer calories – assuming that both drinks are ‘dry’ (without residual sugar).

If you are looking to shed some pounds without giving up having alcohol entirely, then a good bet might be a shot of spirits, such as vodka, gin, Tequila, or a glass of champagne which also comes out relatively low on the calorie count.

Find out which beers are some of the least fattening in the world with our video below:

For those who wish to calculate out just how many calories there are in a measure of wine, one alcohol unit is measured as 10ml or approximately 8g of pure alcohol, and alcohol has 7 calories per gram. This means one unit has 56 calories.

You might also consider no- and low-alcohol options, such as non-alcoholic beer.

Meanwhile, you can read our list of 10 of the world’s lowest calorie beers right here.

Or if wine is your thing, you can peruse our list of 10 of the world’s lowest calorie wines here.