Moët Hennessy officially launched a £50 Cuban rum in Europe this month, and we reveal what it really tastes like. 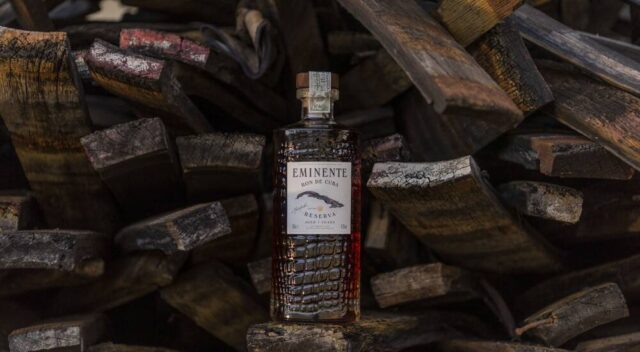 As previously reported by db, the new brand from LVMH’s drinks division is called Eminente, and comes with a seven-year age statement and an RRP of £47.

According to the luxury products group, it’s been blended for sipping on its own; over ice or in cocktails.

It differs from the majority of Cuban rums in that it hails from the centre of the island, as opposed to the far western side of the country, where Havana Club comes from, and this means that Eminente is a fruitier style than Cuba’s most famous spirit brand.

However, the rum has plenty of richness, both due to its seven years spent ageing in white oak barrels, as well as Eminente’s unusually high proportion of aguardiente de cana, which is as much as 70%, when the average for the island’s rum producers is less than 20%.

Referred to as ‘the soul of Cuba’, aguardientes are the most flavourful and complex eaux-de-vie that the island produces from molasses distilled to 75% ABV, which are then aged in white oak barrels that were once used for maturing whisky, blended and aged again with traditional light Cuban rum distilled to 96% ABV.

The aguardiente brings depth to the aromas, while the light rum adds vitality, according to Moët Hennessy.

So what does it taste like? Drunk neat, although the brand owner also suggests serving it over a large ice cube, or in a cocktail, it makes for a wonderful sipping rum, combining a gentle sweetness with a smoky dryness, ensuring that it is oily and smooth in texture, but not too heavy or saccharine in style, and there’s no alcohol burn. The range of flavours is broad, and the characters indulgent, with complementary notes of roasted coffee, caramel, black cherry and prune, along with vanilla pod and dry, smoky, cigar box notes on the finish. It’s delicious, with intensity and depth, and great persistence, and represents a serious expression of a sweeter-style dark spirit. In short, it is a very impressive launch product, but then again, it should be good – it’s been made by the island’s youngest ever Maestro Ronero (master Cuban rum distiller); a hot shot called César Martí.

In terms of cocktails, it would be well suited to incorporating into a rum old fashioned, although a suggested serve from Moët Hennessy is called The Cantinero Cooler, which is equal parts of the following four ingredients:

As for the ideal Cuban cigars for pairing with Eminente, the brand owner recommends Montecristo’s Edmundo and 1935 ranges, or Romeo y Julieta’s Wide Churchill.