Agricole rum brand Saint James is to release its pure cane VSOP rum in international markets next month having already launched the product in France. 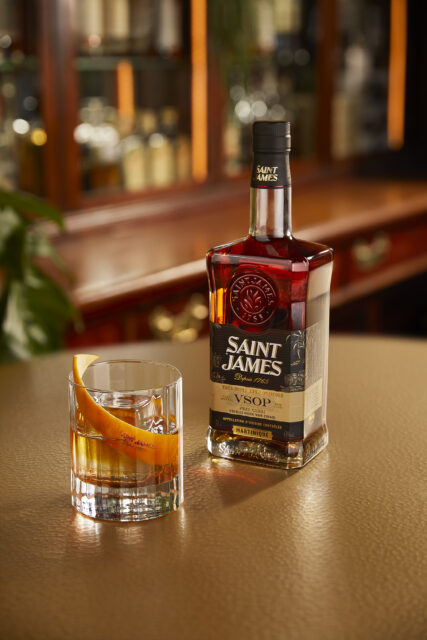 The Martinique-based distiller’s VSOP rum has been matured for over four years in ex-Bourbon casks as well as new American oak barrels.

According to the producer this gives the rum a “clean and deep intensity” and a “perfectly-integrated woodiness as well as roasted notes”.

Launched this month in France, the rum is bottled at 43% ABV and has a recommended retail price of €35.

The rum, which Saint James says can be consumed straight or in cocktails such as the Rum Old Fashioned, will be part of a new range of premium expressions launched by the distillers. Marc Sassier, master blender at Saint James, calls it “the quintessence of the Saint James style, powerful and charming at the same time”.

These also include a VO and an XO rum and are described as a real “turning point” for the producer.

Saint James, which is aiming to become carbon neutral, is packaging the rums in bottles made from a percentage of recycled glass, while the labels, cases and gift boxes are certified by the Forest Stewardship Council. The distillery was founded in 1765 and produces rum from pure sugarcane juice that has been grown on its own plantations.

GIN SALES ARE SLOWING DOWN, BUT CAN RUM CATCH UP?