The Catena Institute of Wine has announced the publication of a new paper which it says, “irrefutably proves the existence of terroir and its persistence across vintages”. 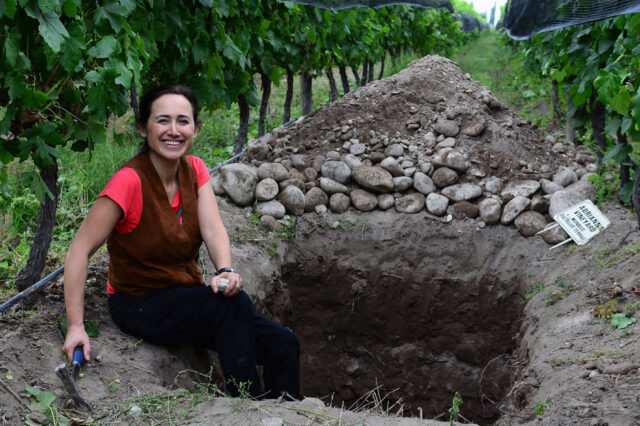 A long-debated term in wine, its meaning and even existence supported and dismissed by generations, the study set out to find if wines (not grapes or must) from different sites could be identified by a chemical fingerprint.

Published today in the journal Scientific Reports, the study: ‘Terroir and vintage discrimination of Malbec wines based on phenolic composition across multiple sites in Mendoza, Argentina’, looked at the effect of different sites both large and small on the chemical make-up of wines across multiple vintages.

The researchers compared wines from four different levels of terroir in Argentina’s Mendoza – focusing on 23 individual parcels smaller than a hectare distributed across three large regions, six departments, 12 geographical indications and over three vintages (2016, 2017 and 2018).

The researchers found they could use the resulting chemometric data to group the wines into their respective regions and ‘parcelas’ and even their vintages with a great degree of accuracy.

Dr Laura Catena, founder of the institute, said: “Mendoza is one of the few places in the world with strikingly different wine terroirs within short distances.

“For the first time, this study shows that the terroir effect can be chemically described from vintage to vintage in larger regions as well as in smaller parcelas (parcels). We were able to predict with 100% certainty the vintage of each wine of our study through chemical analysis.”

The study grew out of a collaboration with Roger Boulton and Hildegarde Heymann at the University of California Davis in 2010 while the institute’s current director, Fernando Buscema, was a student there.

Buscema and Boulton published a study into the differences between Malbec in California and Argentina using chemometric and sensory analysis in 2014-15; finding “significant terroir effects” in the process.

Further studies in Australia, China, France and he US have also sought to pin down the apparently elusive qualities of ‘terroir’ in the past, focusing on Cabernet Sauvignon, Chardonnay and Pinot Noir.

Most of these, however, focused on the chemical analysis of grapes or must rather than finished wine.

The closest study to the institute’s was carried out in Burgundy, comparing wines form the 2010, 2011 and 2012 vintage across four climats, two apiece in the Côtes de Beaune and Nuits.

The full published study can be read here.