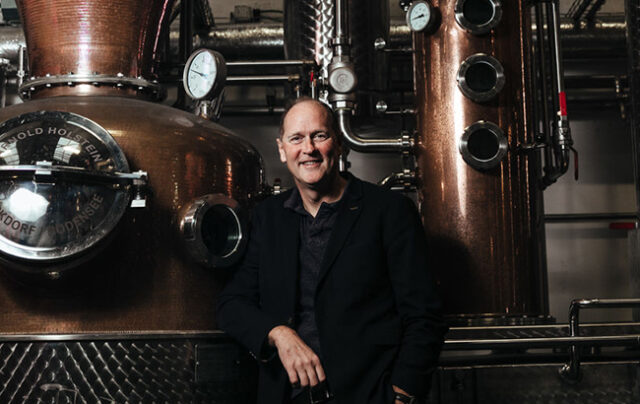 Gates has replaced David Thatcher as CEO of Direct Wines, following Thatcher’s retirement at Christmas, which was announced last year.

Gates joined the company in September a few months after leaving BrewDog Distilling Company, where he had been CEO since November 2018.

Prior to that, he held a variety of senior roles at Diageo over two decades including managing director of innovation & corporate venturing hub Diageo Future, and global head of premium core spirits with stewardship of brands including Johnnie Walker & Smirnoff. While as Diageo, he helped to establish “steady and sustained growth” for the company’s Scotch portfolio, helping to turn Johnnie Walker into the most profitable international spirits brand in the world. He is also a Fellow of the Judge Business School at Cambridge University.

Chairman Henry Laithwaite said that Thatcher, who joined the merchants as managing director in 2014, before being promoted to Group CEO a year later, was leaving the business “much stronger” than it was when he started and had provied  enthusiastic help in the process of recruiting his successor and ensuring a thorough handover.”

Gates said he was keen to build on the platform of record trading that had been set in 2020, calling it an “exciting time” to be joining the business.

“The home-delivery market is thriving in the UK and there is huge opportunity for growth in the US and Australasia,” he said, adding this thanks to Thatcher for “handing over a business in such good shape” .

“As a team we can’t wait to continue to build from this position of strength .”

Thatcher said his time with the company had been “the highlight of my career” due to working with a wonderful group of people and in such an enjoyable sector.”

Direct Wines, which operates Laithwaite’s Wine, Avery’s and The Sunday Times Wine Club in the UK among other wine businesses, is wholly owned by the Laithwaite family – founders Tony and Barbara, and their three sons, Henry, Will and Tom.

Its major major markets are the UK, US and Australia, but it also has franchise and distribution agreements in continental Europe, Hong Kong, Taiwan, and India and  produces some of its own wines from its vineyards Bordeaux and England and wineries in France and South Australia.