The 2019 wines from Burgundy have received plaudits from across the trade and while demand is expected to be high, there isn’t much to go round. 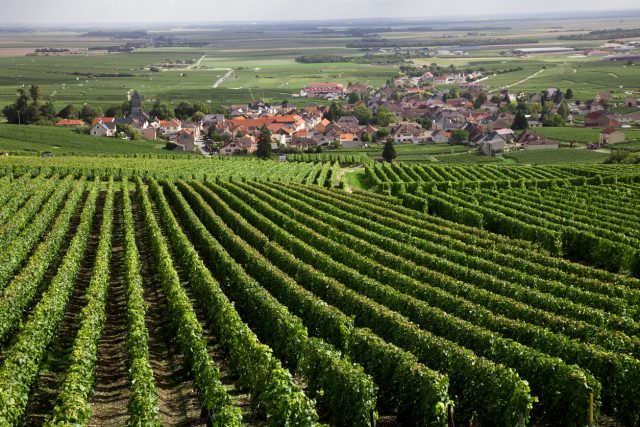 It was a complex growing season in Burgundy in 2019, the flowering was uneven due to a sudden cold snap and there were intensely hot spikes during the summer all of which conspired to severely limit volumes right across the region.

After the bumper crop in 2018, many producers have reported volumes falling back on a par with the smaller 2016 vintage and, depending on the estate, some even smaller than that.

David Roberts MW at Goedhuis told the drinks business that Domaine Hudellot has said 2019 was the smallest vintage since 2003 and that some grands crus in high demand would be offered in allocations of three or even one or two bottles.

The situation is doubly compounded by the frighteningly small nature of the 2020 crop which is substantially smaller again, possibly one of the smallest crops ever, and some badly-hit domains have held back a small portion of their 2019s knowing that 2020 isn’t quite going to cover their costs on its own – something to bear in mind for next year.

Although the heat was a problem, as Justerini & Brooks’ Giles Burke-Gaffney pointed out, despite days of extreme temperatures into the 40s, “overall it was less hot than 2018” and while the heat and lack of water caused some stress, with the poor flowering leading to a smaller crop, “the vines weren’t overburdened” either leading to fewer problems than there might have been otherwise.

The end result, however, are wines that merchants have described as “extraordinary” and “spectacular”. Although certainly a ripe year given the overall warmth of the vintage, the other key point is just how fresh and ‘Burgundian’ the majority of the wines are.

It no doubt helped, as Burke-Gaffney said, that harvesting took place in September rather than August and there was no outright rush to bring in the harvest as quickly as possible as previously hot vintages have required.

Throw in greater experience at dealing with warmer temperatures, the change in canopy management and use of whole bunch by more producers and one can see that these increasingly successful vintages born out of warm vintages are not down to blind luck.

Nonetheless, despite the meterological ups and downs, it’s clear that this year had just enough of everything to provide exceptional raw materials for producers to work with.

Roberts commented: “The tannins are at absolute phenolic maturity and they have a silky quality to them. The harmony in the tannins is exceptional. And acidity, again, in smaller, warmer vintages there are fears that acids fall. Malic acid is never high in a warm vintage but the fundamental thing [in 2019] has been tartaric acid.”

Over at Honest Grapes, Tom Harrow likewise mentioned the “concentrated flavours and aromas” as well as the “nicely polished tannins” but also the “impressive delineation”.

He said: “I can’t recall such an even handed vintage since 2010 for both reds and whites. The best whites have some the structure of ’14 and ’17, real intensity, unquestionably ripe flavour profile. Might be too ripe for some.

“The reds are exactly the sort of Burgundy I love. Although you didn’t get a homogenous picture from the growers, an overall style did emerge. Where they got it right, they didn’t have same volume or density as 2018 but extremely good concentration, intensity and definition and no lack of fruit.”

Burke-Gaffney echoed Harrow’s point that, for a few, there might be “a bit too much sunshine at times” but overall felt: “These wines have a healthy glow to them is how I describe them. They don’t have a sun tan. You feel the sunshine but they still have a light touch, sensual feel to them.”

The merchants were also pretty unanimous in their feeling this was a vintage where they were recommending wines from top to bottom – a pretty useful attribute given the small quantities available.

“We’re encouraging clients to go high and go low,” said Harrow. “It’s not a year where you need to play safe. There are some spectacular village wines and incredible Hautes Côtes.”

BBR’s Max Lalondrelle agreed: “Although overall volumes are down on previous years, there is quality to be found across the range. 2019 is a great opportunity for wine lovers to explore beyond the big names and discover some new favourites amongst the lesser-known wines.”

Small volumes aside, there have been some small price increases from certain estates. Many merchants commented that the real issue was the current exchange rate between the pound and euro which is decidedly to the disadvantage of buyers using the pound.

No merchants, however, have had growers outright refusing to sell wine to the UK due to the current post-Brexit importing situation.

Although there are now substantial extra steps, forms and costs involved in exporting and importing wine between the EU and UK, the majority of estates are allocating wines as normal and only a few growers have held back while they assess what’s required of them.

As for the campaign itself, given the current lockdown situation in the UK no trade or customer tastings were possible this year.

A good deal seems to have been learnt from last year’s Bordeaux primeurs however. Lalondrelle said: “We learnt a lot from the Bordeaux en primeur campaign back in the summer lockdown and despite having most of our people working from home, the technology we have in place has meant there has been little disruption in comparison to a normal campaign.”

Samples were sent over from Burgundy to the UK, that said, allowing the buying directors quoted here and their teams to at least get to grips with the wines.

The upshot was, as Corney & Barrow’s Will Hargrove said, that: “Far more of the team have been able to taste in advance of the offer with the producer than previously. In many ways quite a few of the team are better informed than ever.”

Although it seems this is vintage where tasting it would seduce customers into signing up without delay, merchants have been active in bringing Burgundy and the growers to their customers as best they can with a raft of tastings and Q&As and other content throughout the past few weeks.

As Lalondrelle said: “Covid meant we were not able to host our annual tasting, but it gave us with an opportunity to rethink our Burgundy campaign. The new vintage release has been supported with a host of incredible content from our team of experts, both online and as a new-format brochure. We are also offering virtual experiences and overall, the customer feedback to our 2019 campaign has been overwhelmingly positive and the strong sales are testament to this success.”