10 London restaurants to look forward to in 2021 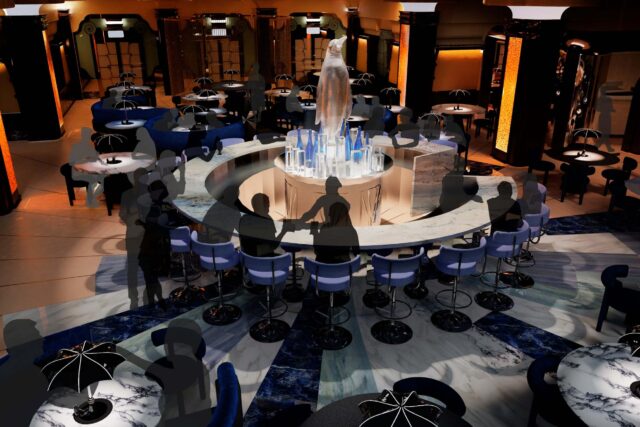 DC Comics fans shouldn’t have to wait too much longer for the opening Park Row in Soho, which will reside on the former site of steakhouse Mash. Going big on Batman, the venue will take interiors inspiration from Bruce Wayne’s hood – Gotham City. Designed to offer diners an immersive experience, the entrance to the restaurant has been modelled on the Batcave and the venue includes a lounge bar called Pennyworth’s, a secret speakeasy, the Iceberg Lounge live entertainment space, and a Harley Quinn-inspired omakase counter dining experience. 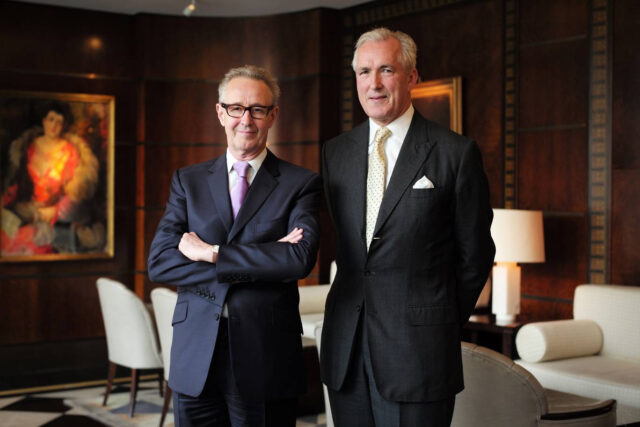 Having long been in the pipeline, Chis Corbin and Jeremy King look set to finally open their seafood Mecca, Manzi’s, in Soho this year, marking their first new opening since Soutine in St. John’s Wood. Boasting 200 covers, the cavernous venue, set over two floors, is named in honour of a much-loved seafood restaurant in Leicester Square. Like Corbin and King’s Art Deco-inspired Brasserie Zedel, the offering at Manzi’s will represent great value for money, with the emphasis firmly on fun. 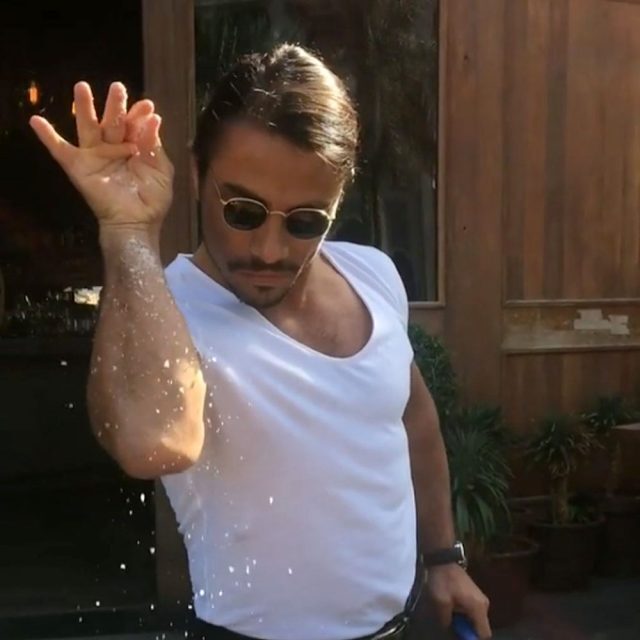 Might 2021 finally be the year when seasoning maestro Salt Bae openings his long-awaited and highly anticipated London outpost of his popular Nusr-Et steakhouse chain in affluent Knightsbidge? The erection of a billboard above the site gives us hope that his arrival of Turkish chef Nusret Gökçe in the capital may be imminent. Among his signature dishes on offer in London will be roasted asaado short rib, Nusr-Et meat spaghetti, lokum, and the ‘Nusr-Et special’. If you’re really lucky you might even get your short rib seasoned by the great man himself. 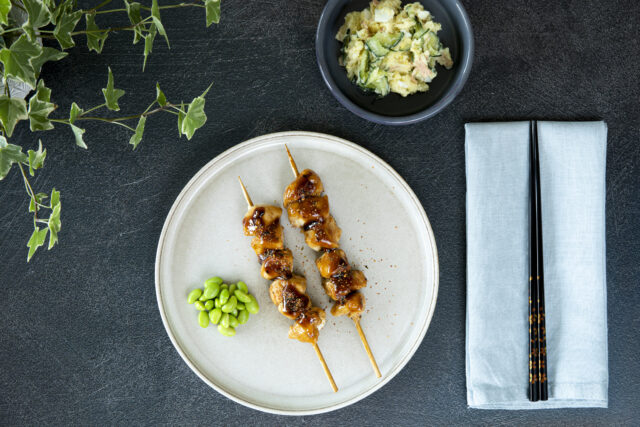 Chicken seems to be having a bit of a moment in 2021, with not one but two chicken-centric new venues due to open in the capital soon. The first – Humble Chicken in Soho ­– is a yakitori venue that sees all parts of the bird (including gizzards and knees) lovingly cooked then rammed onto wooden skewers. Headed up by Japanese chef Angelo Sato, who whetted appetites with images of his katsu sandos on Instagram, in addition to sticks the venue, which takes over the original Barrafina site on Frith Street, will serve up tantalising treats like miso foie gras with black sesame. 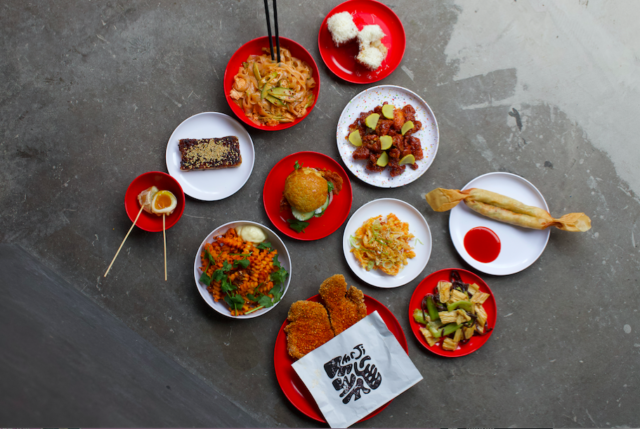 The second poultry palace is Mr Ji in Soho, a Taiwanese fried chicken joint on Old Compton street. The brainchild of a partnership between Mr Jo founder Samuel Haim and Ta Ta Eatery, among the delectable dishes on offer will be a deep-fried chicken breast with chilli sprinkles; the Ji Sando, featuring a pineapple bap, deep-fried chicken thigh and cucumber salad; a toasted brioche ‘box’ filled with prawn sauce; and a tea-marinated soft-boiled egg with smokey mayo and katsuobushi. They had us at fried chicken… 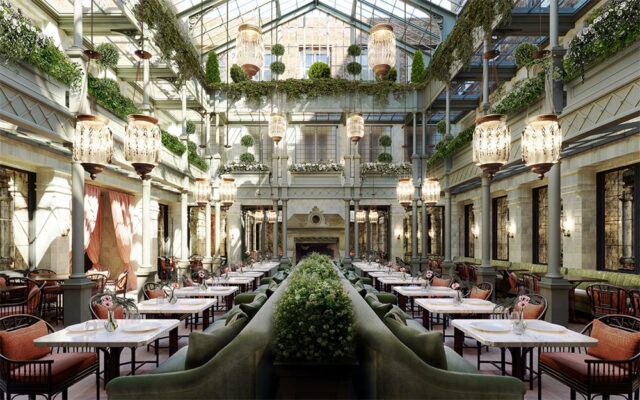 One of the coolest places to be seen in New York, the NoMad hotel is coming to the UK capital this year, and with it a destination fine dining restaurant. Eleven Madison Park’s Daniel Humm used to be in charge of the food offering at the Manhattan original, so expect a similar level of quality at the London outpost. Heading up the NoMad restaurant in London will be two EMP alumni: Abram Bissell and Leo Robitschek. No expense has been spared on the venue, which looks set to get tongues wagging when it (eventually) opens its doors. 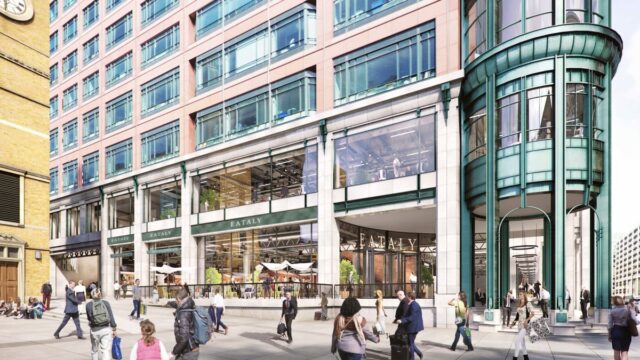 Not one but many Italian restaurants are set to descend upon Bishopsgate when Eataly opens its doors this year, offering everything from fine dining experiences to grab and go lunch offerings. The 40,000 square foot space will boast three restaurants, three bars, six ‘eateries’, two terraces, 12 retail departments and a cookery school. It will also boast a cavernous wine shop selling over 2,000 different Italian wines in what it claims will be the most comprehensive Italian wine offering in London. Among the restaurants within the complex is the high-end Terra, which will sit alongside a more informal pizza and pasta venue, and a market to table restaurant cooking with produce from the food hall 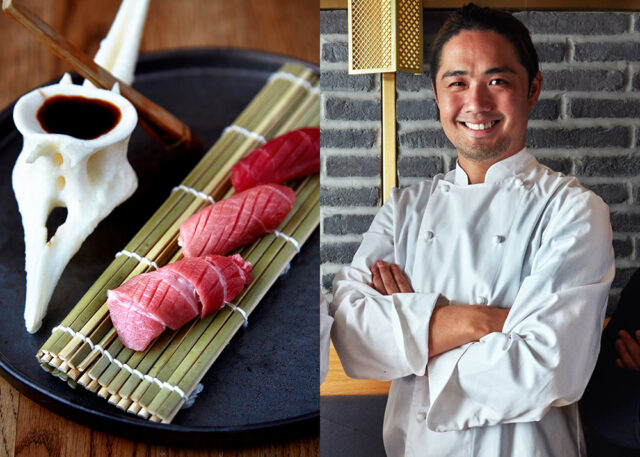 Mayfair is soon to get a slick new Japanese site called Maru by the founders of Taka, which has upped (chop)sticks to a bigger venue in Marylebone. The 20-course omakase restaurant focused around that most intimate of eating experience– counter dining. The 20-course farm-to-table tasting menu will be a moveable feast of dishes made with seasonal British ingredients. Brill, tuna and trout will be dry-aged in house, while the squid will be on show in display fridges. 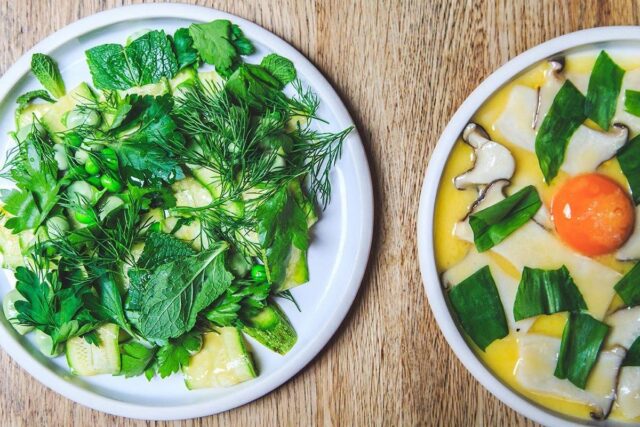 Borough Market stalwart Elliot’s opened a sister site in Hackney just before the December lockdown kicked in, forcing a takeaway and delivery pivot. We’re looking forward to it opening properly this year. The site will specialise in the local seasonal small plates it does so well at the Borough original. The east London venue will make a hero of wood-fired pizzas, offering the likes of garlic butter calzones, and pizzas rammed with taleggio, sage and brown butter, served alongside ricotta and pumpkin gnocchi with nutmeg butter. 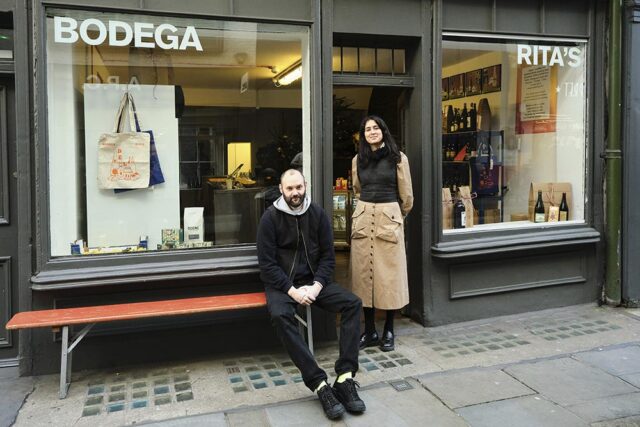 Missy Flynn and Gabriel Pryce, co-founders of iconic London eatery Rita’s Dining and New York-style sandwich shop Bodega Rita’s, are opening a new site in Soho. Ahead of the opening Bodega Rita’s Bottle Shop has taken over the space at 49 Lexington Street selling natural wines and a range of popular Bodega Rita’s deli items. Details of the menu are being kept under wraps but its sandwich game will undoubtedly be strong.