Six of the world’s most expensive whiskies

Whisky is big business, and no more so than in 2020 it seems. With distilleries temporarily closing due to Covid restrictions and production slowing, casks produced in 2020 are predicted to become some of the rarest and most valuable in the future, believes cask whisky investment company Whiskey and Wealth Club. 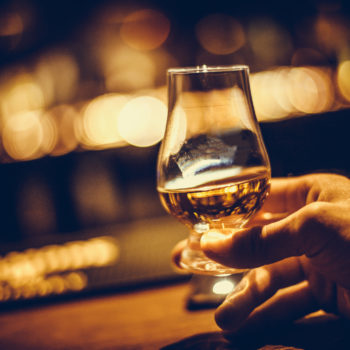 While it will be some years before that prediction is proven true, 2020 has certainly been tumultuous, which could well see it remembered as a “significant time for the history of the whisky industry”, the company has said.

Predicting the future’s big selling drams is an inherently risky business, but what is clear is that the whisky investment has never been more buoyant, with returns typically outpacing wine, art and jewellery, with the value of whisky rising by 582% since 2009, according to Knight Frank’s 2019 Wealth Report.

Earlier this year, an amateur collector sold a bottle he’d bought for just £11 in the 1970s for £2,700 at auction. Michael Amphlett, from Cholsey, Oxfordshire, bought a bottle of 1937 Macallan Single Malt Scotch Whisky in the late 1970s as a present for his father, costing roughly a third of his wages at the time. Amphlett’s story proves the potential in savvy purchases, if you can hold onto them long enough. But his hammer price pales in comparison to the sale prices achieved by some of the world’s biggest and most sought after whiskies in the world.

While The Macallan is well known for its record-breaking achievements on the world stage, and is predictably well represented in the following line-up, bottles from Japan, and a new distillery founded in 2013 in the Scottish Highlands, are also proving their worth with collectors.

Once the record holder as the world’s most expensive whisky ever sold, The Macallan M Imperiale 6-litre Lalique decanter’s selling price looks paltry compared to the prices achieved since for other bottles. This gargantuan decanter sold at auction in Hong Kong for US$628,000 in January 2014, around £382,000. That’s nearly £100,000 more than the previous record (£288,000) paid for a decanter of the 64-year-old Macallan in New York in 2010.

Lalique created four ‘M’ decanters, each requiring the work of 17 craftsmen and 50 hours to complete. Of the four, two have been archived by The Macallan and one has been committed to a private collector in Asia. Named “Constantine” after the Roman emperor, the Lalique-designed decanter is one of just four in the world and the only one to be offered for auction. 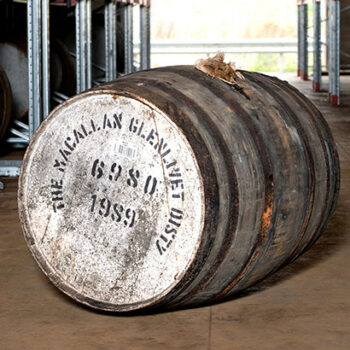 In November 2019 The Macallan grabbed headlines for the record-breaking sale of a 30-year-old Sherry hogshead cask, which sold for HK$4.5 million (£428,000) during a Bonhams Hong Kong sale – a world record for the “most expensive per bottle cask ever sold at auction,” said Daniel Lam, Bonhams’ director of wine and spirits, Asia, at the time. Previously, an American hogshead containing 22-year-old Macallan sold for HK$3.4m (£331,600) in November 2018.

This cask contains whisky distilled in 1989, and is believed to have been one of the oldest casks of The Macallan available on the market at the time. The identity of the owner was not revealed, but it was reported that as the cask’s purchaser they would have the choice of storing the cask at The Macallan distillery for as long as they liked, or transfer the liquid into 261 bottles.

Produced by Suntory, only 100 bottles exist, with this one only available to customers in Japan that had successfully applied to bid on the whisky via a lottery system. The 46% ABV whisky was distilled in the 1960s and matured in a Japanese Mizunara oak cask, before being transferred into a white oak cask in 1964. It is the oldest Japanese whisky available on the market. 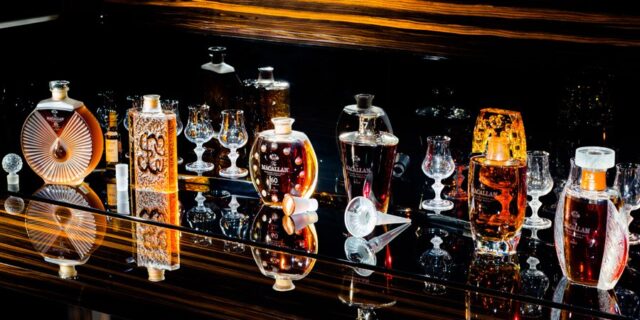 In April 2017 The Macallan saw one of its most sought after collections sell for HK$7.7 million (£752,634) at Sotheby’s Spring Sale Series, setting a new world record for any lot of whisky ever sold at auction. 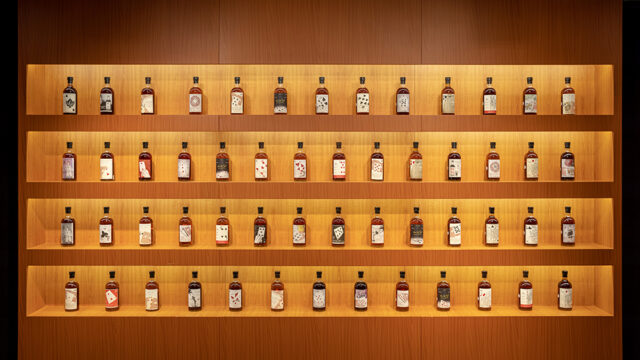 One of the most recent record-breaking auctions saw a Japanese whisky collection gains worldwide recognition, as well as set a new world record. In November 2020, Bonhams Hong Kong reported the sale of Hanyu Ichiro’s Full Card Series for sold for HK$11.9 million (£1.1m), smashing its pre-sale estimate of of HK$6.38m-HK$9.78m. The previous record for a set of the Japanese distiller’s collection was HK$7.19m (US$917,000) set in August 2019 during a Bonhams Hong Kong sale.

The Hanyu distillery was founded in 1941 by Isouji Akuto, a 19th-generation descendent in a line of saké brewers, but closed in 2000. Before it closed, Isouji’s grandson – Ichiro Akuto – took ownership of 400 casks from the distillery  and hand-picked each whisky from a single cask dating from 1985 to 2014. The 54-bottle collection was released between 2005 and 2014 as part of the Hanyu Ichiro’s Full Card Series, with each bottle in the set representing a playing card in a deck of cards.

This Full Card collection was collected by Aaron Chan, who had amassed the bottles since 2000, prior to opening Club Qing, a bar in Hong Kong specialising in Japanese whisky and rare old Scotch whisky.

Since 2016, The Macallan has enjoyed a flurry of big-selling lots at whisky auctions across the world, breaking records for its 1926 60YO adorned with various limited edition labels. Only 40 bottles of The Macallan 1926 were released in 1986 following a 60-year maturation in Sherry-seasoned oak casks, priced at £20,000. Of the 40 bottlings, 12 were given to artist Peter Blake to design and another 12 were handed to artist Valerio Adami. One bottle was given to Irish artist Michael Dillon, who hand-painted the bottle design. The remaining 14 bottles were given The Macallan’s ‘Fine and Rare’ label, making them the oldest iterations in the series.

Of the Adami and Blake labels, two bottles appeared at auction at Bonhams in Hong Kong in May 2018; one with a label by Peter Blake, the other with a Valerio Adami label. The Peter Blake label went under the hammer first for HK$7.9m (£751,703) to a phone bidder. Just three hours later, the Valerio Adami label sold for HK$8.6m (£814,081), nearly doubling its original top estimate of HK$4.5m. Bonhams sold another bottle with the Adami label in Edinburgh in October 2018 for £848,750 – the highest price for that label achieved so far. In February 2020, another bottle bearing the Adami label sold for a hammer price US$1 million (around £756,000) in an online sale hosted by  Whisky Auctioneer.

Dillon’s bottle became the first whisky to sell for more than £1 million (US$1.5m) when it went under the hammer at Christie’s in London, in November 2018. The bottle, featuring a hand painted design by the Irish artist, is one of the rarest bottles of whisky in the world. It marked a new world record for any bottle of wine or spirits ever sold publicly. One of the most recent bottles to have raised interest, but not necessarily for being the most expensive ever, was the first bottle of whisky released from Highland distillery Nc’nean. Located on the Morvern peninsula, Nc’Nean was founded in 2013, with production starting in 2017 and its first whisky released in 2020.

The fledgling distillery broke a world record after bottle number one of its inaugural single malt whisky sold for £41,004 (US$54,183) during an online auction. Only 1,320 bottles of its Ainnir whisky were released, with the first 10 bottles featuring unique silver detail. Bottle number one sold for £41,004 (US$54,183) during an online charity auction via Whisky Auctioneer, four times higher than the previous record for the most expensive first bottle from a distillery, which had been held by Teeling.

The no-age-statement whisky is made from organic Scottish barley and is a combination of five casks, bottled at natural cask strength (60.3% ABV). The distillery is known for its dedication to sustainability, as well as its experimentation with different strains of yeast. The team uses organic Scottish barley in a distillery powered by renewable energy and recycles 99.97% of its waste.