An amateur collector who bought a bottle of Scotch for £11 has sold it on at auction for £2,700. 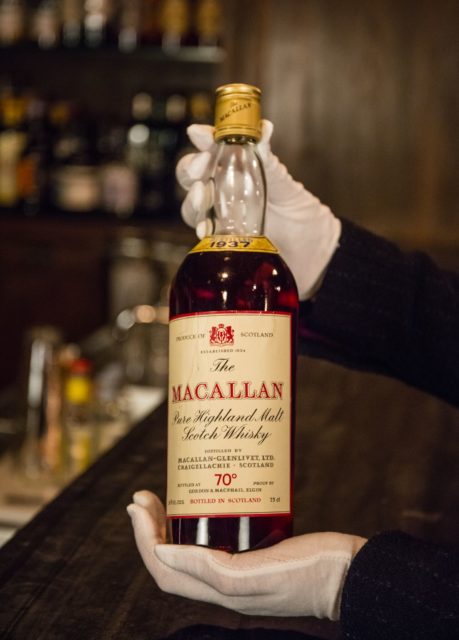 Michael Amphlett from Cholsey, Oxfordshire, bought a bottle of 1937 Macallan Single Malt Scotch Whisky in the late 1970s as a present for his father.

The age statement was a sentimental touch; as 1937 was the year his father moved Didcot as a 19-year-old glove maker, to work in a new factory in the area.

The whisky cost roughly a third of Amphlett’s weekly wages in the 70s, so was saved for a special occasion before eventually being forgotten. Michael’s father passed away in 1991.

Since then, Amphlett uncovered the bottle again but, not having the heart to drink it without his dad, put it up for auction online instead at the start of 2020, despite being a self-confessed “novice when it came to whisky auctions.”

It beat the reserve he placed on it at Whisky.auction, achieving a £2,700 hammer price.

The amateur collector said: “Since the loss of my father I haven’t had the inclination to open the bottle as it just didn’t feel right to drink it without him. I wanted to offer if for sale simply so someone else could enjoy it as much as I’m sure he would have done.

“I’m a complete novice when it comes to whisky auctions, and the fact that I’ve just made a lot of money from a bottle which I remember paying around £11 for 42 years ago is pure luck – but shows what stashing a bottle for a few years can do! Dad would’ve smiled at the price, and we have too. We’re off to south Goa!”