The André Simon Food & Drink Book Awards has announced its first longlist – featuring books on wine from Bordeaux, Georgia, Australia and even another galaxy. 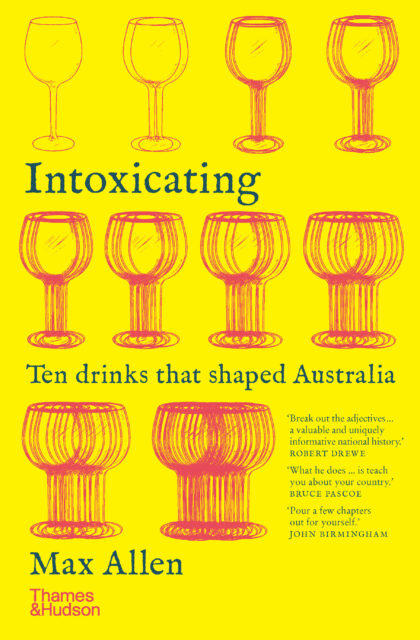 The seven longlisted drinks books have been selected from a total of 170 that were submitted for both the food and wine categories.

It is the first time that the awards have named a longlist, with André Simon Memorial Fund chairman, Nicholas Lander, saying that the judges had been “overwhelmed by the high quality of books this year”.

He said: “At a time where we can’t travel, this year’s food books take us around the world: from Afghanistan (Parwana) to Central Asia (Red Sands) as well as revisiting the comfort of classic recipes like chicken soup (The Chicken Soup Manifesto) and great British baking (Oats in the North, Wheat from the South).

“The drinks’ books have been heavily wine-focused and include guides for beginners (Which Wine When / Wine from Another Galaxy) and a personal memoir celebrating the restorative power of a glass of wine with friends (Wine Girl).

“This year, Britain has rediscovered home cooking with a fifth of Brits now making every meal from scratch and widening their repertoire of recipes since lockdown. This means that great food and drink writing is even more important and we feel honoured to be able to support our writers and industry.”

This year’s longlisted drinks books include two on Bordeaux; this includes an anthology of writing about the region called ‘On Bordeaux’ published by the Académie du Vin and Jane Anson’s ‘Inside Bordeaux: the châteaux, their wines and the terroir’.

Other country-specific books include Max Allen’s look at the ‘Ten Drinks that Shaped Australia’ from beer to rum to wine and Lisa Granik’s book ‘The Wines of Georgia’, a tour through the history and viticulture of the country based on her 30 years of experience visiting there.

Elsewhere, Albert Blaize and Claire Strickett’s ‘Which Wine When’ with its suggestions for everyday wine and food matches sits alongside Dan Keeling and Mark Andrew MW’s ‘Wine from Another Galaxy’ chronicling all things wine in the form of bottles, people and places and Victoria James’s ‘Wine Girl’ about her journey through wine as one of America’s youngest ever sommeliers.

A shortlist will be announced in the New Year.