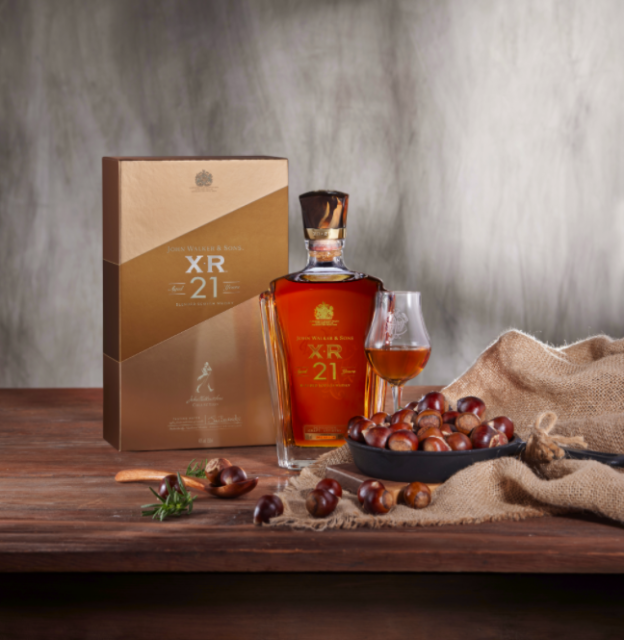 Taking inspiration from the handwritten blending notes of John Walker’s grandson, Sir Alexander Walker II, who was also a master blender like his father and his grandfather, John Walker & Sons XR 21 is the latest expression from the house.

One hundred years ago in 1920, Alexander Walker II was bestowed a knighthood by King George V for his whisky making craftsmanship.

The blend contains whiskies aged for a minimum of 21 years, including some from the now silent distillery Port Dundas, built in 1811 at the highest point in the city of Glasgow. Rare grains and malts expressions were drawn from the private reserves of the house’s master blender.

Finally, rich fruit, malt, and chestnut flavours are built from single malt whiskies from Speyside distilleries such as Mortlach and Cardhu.

In the official tasting notes of John Walker & Sons XR 21, the whisky has “rich creamy intense flavour, sweet honey and tempered spices come cloaked in warming smoke, citrus zest, ripened tropical fruits and caramel swirl within hints of tobacco and raisins”. The finish is “long, smooth, soothing, and showcases a subtle tapestry of peat, evolving into the deep richness of aged oak”.

The house recommends Hong Kong drinkers can pair the whisky with traditional local roasted chestnuts as a pairing to this creamy whisky.

It is now available all major retail stores in Hong Kong, priced at HK$998.