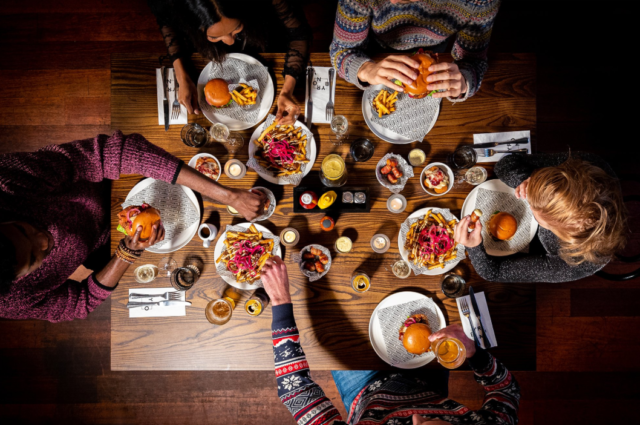 Respect new measures and behave responsibly: Prime Minister Boris Johnson has urged potential visitors to hospitality outlets to be sensible and behave responsibly. “Just as when we first locked down, we will only succeed in reopening if everyone works together,” he said. “Because we are not out of the woods yet. The virus is still with us and the spike in Leicester has shown that.”

The British Beer & Pub Association, UKHospitality, the London Night Czar and the National Police Chiefs’ Council also issued a joint statement ahead of the reopening of pubs. They said they were aware of the “huge amount of sacrifice” everyone had made, but asked pub goers to “be supportive of landlords and pub staff”. “It’s important everyone respects the new measures in place to ensure everyone can enjoy the return of our pubs safely. If we all work together we can ensure that the reopening of pubs and hospitality is a success and an enjoyable experience for everyone,” the statement conclude.

Trace and trace guidance published: The British Beer and Pub Association (BBPA), British Institute of Innkeeping (BII) and UKHospitality have also published track and trace guidelines for businesses. The document explains what data should be collected, who from, and how to store the information. These guidelines can be read here.

Over half of Brits not comfortable with visiting pubs: Well there is widespread excitement ahead of the planned reopening of outlets, research from Accenture shows that over half of UK customers (55%) are reluctant to return to pubs and bars.

Mark Hix joins 1 Lombard Street: Restaurateur and chef Mark Hix has joined 1 Lombard Street as its director of food and drink. He will work alongside executive chef Robin Freemen at the restaurant in the City of London. Hix’s restaurant group filed for administration back in April.

Tavolino: New neighbourhood Italian Tavolino is set to open its restaurant and outdoor terrace in London Bridge on 31 July. Focusing in simple dishes with produce sourced from suppliers in Italy and the UK, the kitchen is headed up by Louis Korovilas, formerly head chef of Bancone and godson of Giorgio Locatelli.

Swift Shoreditch: Acclaimed London cocktail bar Swift is set to open its second venue in the capital later this month, in the form of an all-day drinking destination in Shoreditch. Swift Shoreditch bar will be based at 93 Great Eastern Street.

Larry’s: From the team behind London’s Salon and Levan, New York diner inspired Larry’s is set to open in Peckham. Located next door to Levan, Larry’s is named after 1970s dance music pioneer and DJ Larry Levan, and will stay open late, playing music from its vintage Celestion Ditton sound system while guests settle in for dinner.

Six by Nico: Chef Nico Simeone is set to open his first London restaurant, Six by Nico London, on 20 July. Located in Fitzrovia’s Charlotte Street, the menu is inspired by ‘the chippie’, reflecting Simeone’s Scottish-Italian heritage.

Castle Terrace: Chefs Tom Kitchin and Dominic Jack have confirmed the closure of their joint venture Castle Terrace in Edinburgh. First reported by Richard Vines, the decision to close was attributed to the coronavirus and loss of tourist trade, meaning the restaurant was no longer “financially viable”.

Freak Scene: Chef Scott Hallsworth has announced the permanent closure of Freak Scene in London’s Soho. He said the decision had resulted from a combination of “expensive real estate, greedy landlords and Covid-19”.

Wood Chester: Chef Simon Wood, the winner of the BBC’s MasterChef in 2015, has announced the closure of his restaurant at Hotel Indigo in Chester. He said he would now focus his attention on his sites in Manchester and Cheltenham.