London’s Brixton Brewery is raising money for its local food bank by selling brewing yeast to home bakers along with a bread recipe. 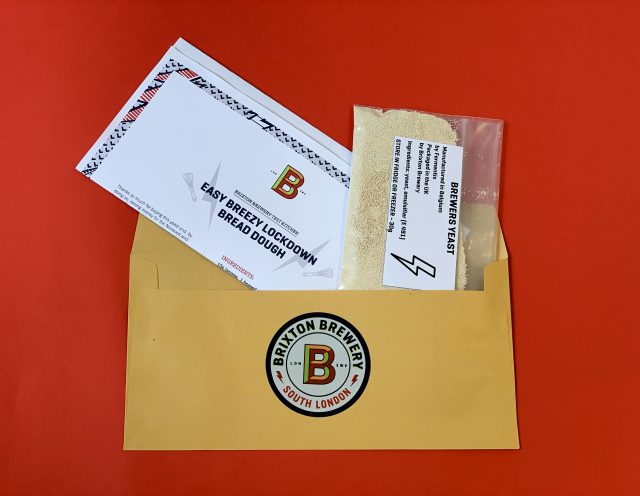 As the UK grapples with a shortage of baking supplies, Brixton Brewery is supplying bread makers with yeast.

The brewery is selling 30g sachets of yeast, which can make between six to eight loaves depending on their size, along with a bread recipe.

Xochitl Benjamin, co-founder of Brixton Brewery, commented: “When I heard about the yeast shortage in the news I knew we had to do something to help! I got caught out myself, trying to buy some from the shops in late March and there already wasn’t any.

“Then I realised that I have access to a brewery full of yeast and I probably didn’t need to worry! We hope that by making our yeast available to buy, we can help more people indulge in the joys of home breadmaking and raise funds for our local food bank while we’re at it.”

While not the same as the dried yeast sold in supermarkets, the brewery said it works well in most bread recipes.

All profits from the £5 parcels will be donated to the Norwood and Brixton Food Bank. The brewery is also giving £5 from all t-shirt sales to the food bank.

“The money raised by the fantastic team at Brixton Brewery will enable us to buy much needed stock to refill our shelves. Things we desperately need include longlife milk, tinned meat, custard, washing up liquid and much more.”

The yeast parcels can be purchased from the Brixton Brewery web shop here.

Brixton is not the only brewery linking bread with food banks during the Covid-19 pandemic. The US Guinness Open Gate Brewery in Baltimore has been donating 500 loaves of its “brewers’ bread” every week to the local Maryland Food Bank.

Other brewers have launched different schemes, including donating a percentage of online beer sales to food banks and frontline health staff, to fight the virus.

These include Brewgooder with its ‘one on us’ campaign, St Austell’s pint match scheme, Camden Town’s Heroes lager, and ‘Pay a Pint Forward’, which is being supported by around 10 companies in the UK including Gipsy Hill Brewing.