Cramele Recaş: Coronavirus will lead to consolidation in wine industry

Philip Cox, founder of Cramele Recaş, the largest exporter of Romanian wine, believes the coronavirus will lead to consolidation in the wine industry. 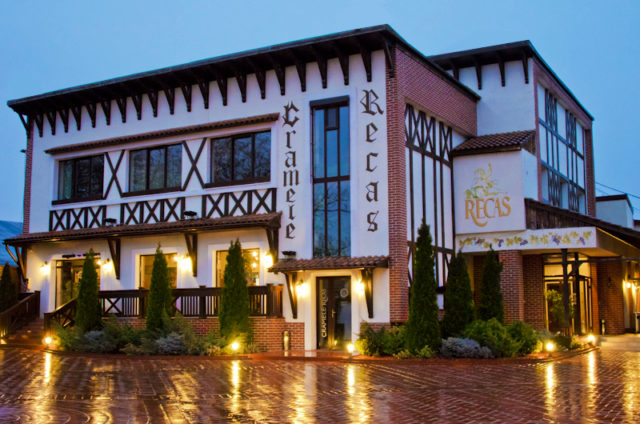 Speaking during a Zoom conference last week, Cox and UK export director, Matt Johnson, gave an update on the situation in Romania and the overall performance of the producer’s wines during the health crisis.

According to Cox, this year Cramele Recaş became the largest winery in Romania by volume and turnover. The wine producer has 1,250 hectares of vineyards and owns three wineries: one large facility in western Romania with a capacity of 32 million litres, plus two further sites in the east, which can process a further 7.5 million litres between them.

Recaş sends 50% of its production overseas and is responsible for over half of all exports of Romanian wine.

Cox, who founded the company in 1992 having previously worked for German wine producer Reh Kendermann, said he believes the current health crisis will change the wine world.

“This is definitely the oddest year yet in a long list of odd years,” he said. “There are too many wineries in the world, more than the market actually needs. I think it [coronavirus] will lead to a lot of consolidation, with even some big companies being put under pressure. The wine industry is not very good at adapting to supply and demand. A lot of people make wine that nobody actually wants.”

Speaking about his experience of shipping wine during the pandemic, Cox said things were starting to improve after confusion led to delays in March.

“At the beginning there was a lot of chaos on the borders. Truck companies didn’t know the rules and neither did customs police, which led to awful queues and traffic jams,” he said.

As a result, Recaş is shipping most of its wines by train in an attempt to decrease hold-ups. Cox said shipping to the UK was “still a problem” due to the number of borders which need to be crossed and medical checks which must be conducted.

“A lot of truck drivers have got sick so there aren’t enough of them, and many of them are quite scared to go anywhere,” he added.

Situation in the UK 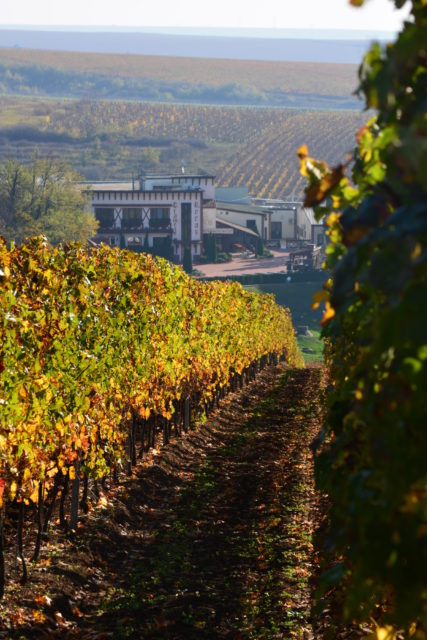 Recaş has recently secured new listings in both Waitrose and The Co-op. Johnson said that both supermarkets brought their orders forward as soon as the coronavirus situation came to light to ensure they had the stock available. He said that sales “went mad” in the UK two weeks ago, but that things were starting to calm down. Cox also confirmed that the company’s wines were performing well in Asda and Spa, and said that online sites such as Virgin Wines were doing “very well”.

The vast majority of Romanian wine in the UK is sold in the off-trade, rather than the on-trade. Asked what the impact of sales would be in the UK, Johnson said he expected that listings in the off-trade would “grow or be pretty stable”.

“What will fall back this year is new product development,” he said. “Because retailers are so busy doing other things, trying to develop anything new with them just isn’t happening.

“Alongside trying to promote our premium wines in the UK, we were trying to develop more interesting ideas and are launching a range of slightly more expensive wines, mixing indigenous with international varieties. We were going to try that with Majestic, but to be honest, that’s all on hold.”

Cox said that preparations for the impact of Brexit, which has seen the company reduce the proportion of wine it sells to the UK (from 70% in 2016 to around 20% now), has actually helped to reduce the effects of coronavirus.

Recaş has instead diversified its wine business, concentrating on other countries and selling wine at different price points to mitigate the risk.

Romania announced a state of emergency on 16 March, despite having fewer cases than many countries within Europe. From the 22 March, the country began prohibiting all non-Romanians from gaining entry. From 24 March, the government announced stricter measures, banning non-essential travel, closing schools and universities, and requiring people to carry documentation to explain their reason for being outside.

At the time of writing, there are a total of 6,879 confirmed cases in Romania with 346 deaths.

Many wineries in Romania are entirely dependent on the domestic on-trade sector, and as a result have lost their entire business. Cox said Recaş has 30 members of staff in Romania which work for the on-trade division. He said these people have been put on a “holding pattern” and the winery is also working with distributors and helping to take back stock to avoid additional debts.

Cox also brought in 70 workers from Vietnam this year as it was a “major problem” getting people to work on the vineyards.

However, with a quarter of the four million Romanians working overseas returning in the past month, this situation may be remedied.