LVMH-owned Ardbeg is to launch its first beer – The Shortie Smoky Porter – in partnership with social enterprise and clean water charity Brewgooder. 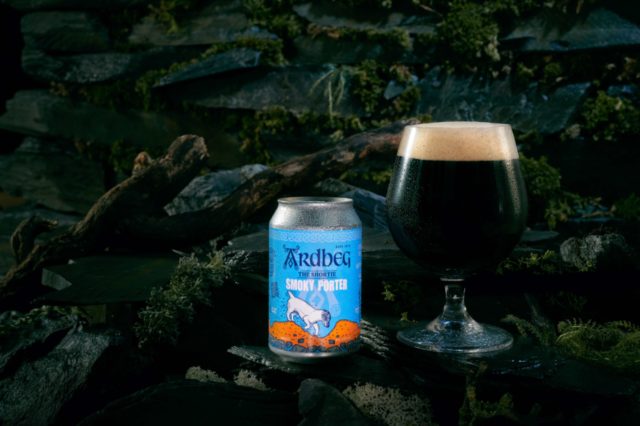 Launching on 24 March, the collaborative brew is part of Brewgooder’s global gathering campaign. It takes its name from Ardbeg’s canine mascot, Shortie the jack russell, and is the brainchild of flatmates Alan McIntyre, global brand manager for Ardbeg, and Alan Mahon, founder of Brewgooder.

All profits from the sale of the beer will be donated to clean water projects in Malawi.

To make the limited-edition brew, Ardbeg joined forces with Williams Bros. Brewing, based in Alloa, Clackmannanshire. The same peated malt used in Ardbeg’s 10-year-old whisky is used to brew the beer.

The porter is said to mirror Ardbeg’s signature smoky character, with notes of dark chocolate, malty biscuit, coffee and liquorice, according to the brand.

Brewgooder’s global gathering campaign will see around 250 brewers – along with Ardbeg – release beers over the weekend of 20-22 March to celebrate World Water Day.

Mickey Heads, Ardbeg distillery manager, commented: “Not only is this a hugely important cause – that we’re delighted to be a part of – but The Shortie Smoky Porter is of course a first for the Distillery. Helping brew a beer may seem like unchartered territory for Ardbeg, but as any whiskyphile worth their malt will tell you, beer and whisky share the same DNA.

“Just like brewers, we ferment our malt. The only difference being, we hold on to the hops. We hope that Ardbeggians and craft beer lovers alike will enjoy this extra special limited edition.”

The 6.2% ABV beer will be exclusively available in the UK and can be purchased at the Ardbeg visitor centre, via the Ardbeg website and in select stores. It will be priced at £14 per four-pack.

Alan Mahon, founder of Brewgooder, commented: “This collaboration is particularly special for me. To create an incredible beer that helps empower people’s lives is one thing, to do it with one of the world’s best whisky brands is another, but to bring it to life with my best friend: there are few things I have been prouder of in my life. I look forward to working with the team at Ardbeg to turn the profits from this beer into life-saving clean water wells for those who need them.”