The 8th edition of Hugh Johnson and Jancis Robinson MW’s The World Atlas of Wine has been named the winner of the 2019 André Simon Award for best drinks book. 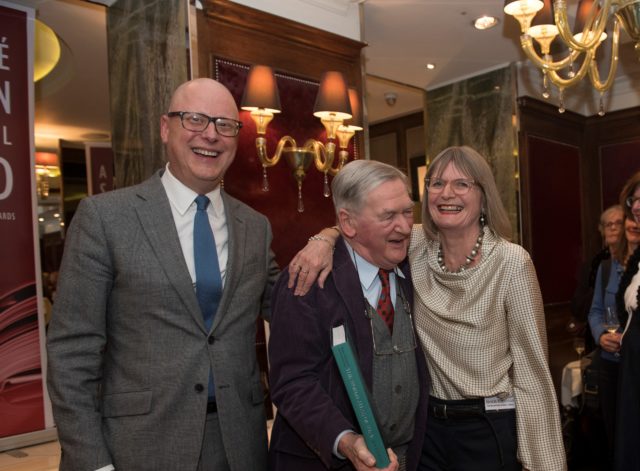 The winners of the awards were announced at a ceremony on Monday 20 January at the Goring Hotel in London.

The 8th edition of The World Atlas has been updated to reflect numerous changes in the global wine scene since the 7th edition was released six years ago.

It has grown to 416 pages and 22 new maps have been added to the already extensive cartography.

Drinks assessor Dan Jago commented: “One of the key criteria for the André Simon book awards is ‘Will I still be referring to it in ten years’ time?’ With The World Atlas of Wine, I am certain that the answer is yes.

It has seen many changes over the past 48 years since the 1st edition was published, but the 8th takes the depth of information and reference to a whole new level. With superior writing, detailed cartography and fine photography, it has always been recognised by the wine trade and critics alike as the essential and most authoritative wine reference work; it is totally deserving of this recognition, especially in Hugh’s 80th year, and his 60th year of wine writing.”