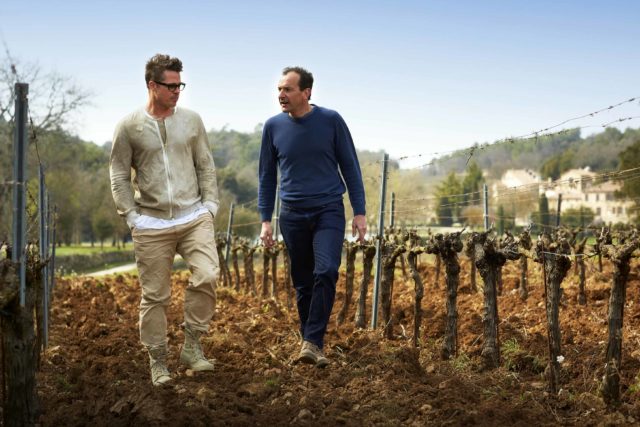 In celebrity wines, Brad Pitt and Angelina Jolie’s estate, Château Miraval in Provence, has partnered with Champagne Pierre Péters to launch a rosé fizz and create the “only Champagne house which only makes rosé”. 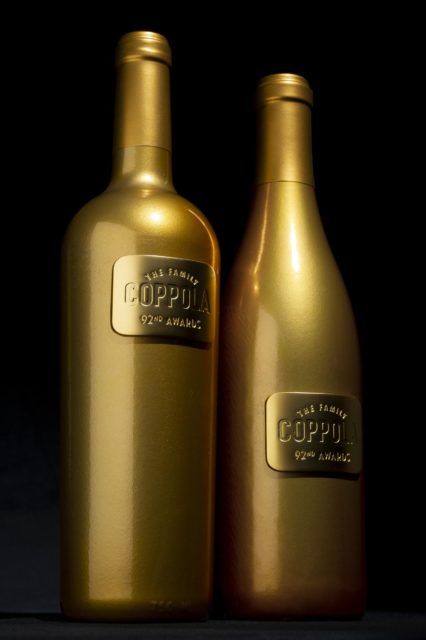 In celebrities drinking wine, Francis Ford Coppola is using his winery’s partnership with the Academy Awards as a launch platform for two new wines, with a limited edition run being presented in gold bottles.

The famous director’s Californian winery agreed a partnership with the Academy in 2017 and a new Reserve Chardonnay and Reserve Pinot Noir will be among the estate’s wines being poured at the 92nd Oscars and Governor’s Ball this February. 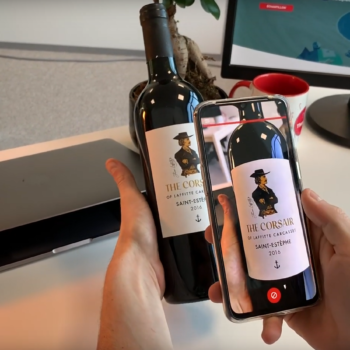 Saint-Estèphe-based Château Laffitte Carcasset has unveiled what it claims is Bordeaux’s first wine with an augmented reality label, which tells the story of the privateer Jean Lafitte.

ean Laffitte was born near Pauillac in 1780, and it is believed that at some point during the 18th century, he left Bordeaux for the Caribbean.

He became a well-known privateer in the US, and is also thought to have established a “pirate hideout” in New Orleans.

The 35-hectare estate has partnered with the SnapPress app and POSQA, a start-up that supports augmented reality projects, on the initiative.

The producer hopes it bring “young, connected consumers” to the brand, and also to Bordeaux. 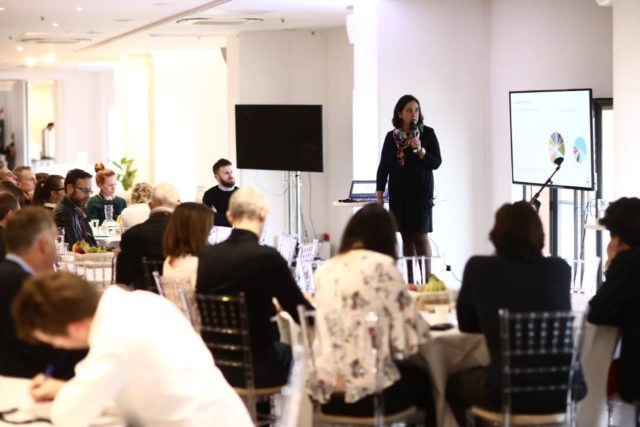 On Wednesday, db scaled the OXO Tower (well, took the lift to the 2nd floor) to learn about the meteoric rise of Sauvignon Blanc at the annual New Zealand Wine in a Glass tasting.

Just shy of 50 exhibitors came to the tasting, showing around 350 different wines from nine regions throughout NZ, and over 20 different styles.

Crisp, aromatic, grassy Sauvignons make up the vast majority of New Zealand’s wine exports, and are the reason the country’s industry is as healthy as it is today, according to Maria Castroviejo from Rabobank, who delivered the first seminar of the day in NZ’s position in the global wine industry.

Exports have grown substantially, which she said, “hugely driven by Sauvignon Blanc.” Overseas wine sales reached roughly 270 million litres last year, and although SB makes up more than 220 million of those, Cstroviejo said “the gulf is widening.” She said that rosé wines, in particular, were beginning to pick up more customers abroad, with rosé sales growing 29% in volume last year. 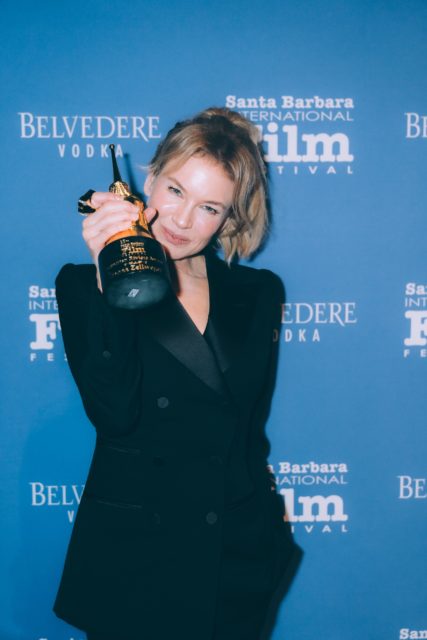 On Thursday night, vodka brand Belvedere raised its glass to Renee Zellweger at the 35th Annual   who was just presented with her most recent award win.

Belvedere sponsored the American Riviera Awards VIP Afterparty honouring Renee Zellweger, and supplied the booze for the night, forming the key ingredient of this curiously-named cocktail; The Zellweger Zest. The serve is a mix of vodka, lemon juice, elderflower tonic, soda and a mint garnish. 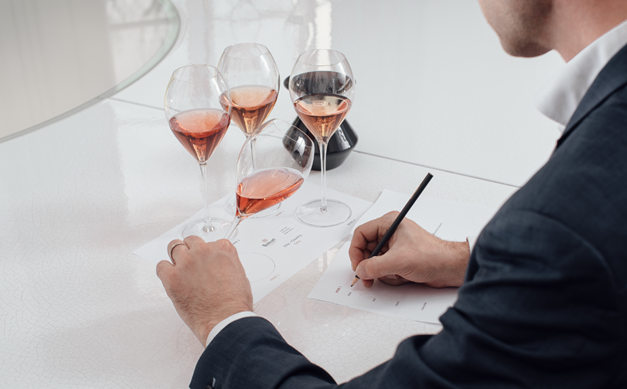 The competition was first launched in the US as a training and mentoring programme to support Sommelier education. The blind tasting component of each competition day challenges participants on their tasting skills and abilities to communicate on their findings, and the accompanying seminar is a deep and detailed dive into a winemaking subject of chef de caves Frédéric Panaïotis’ choice; past topics have included ‘Phys Behind The Fizz’, ‘Rosé in the making’ and ‘Oxidation versus Reduction’.

A winner is selected at each edition by a panel of judges, who will give one lucky somm a four-day tour of the Champagne region hosted by Panaïotis himself.

The UK edition of the Ruinart Sommelier Challenge, now in its fifth year, is open for entries. The entry deadline for the seminar and competition is 13 February. Click here to enter. 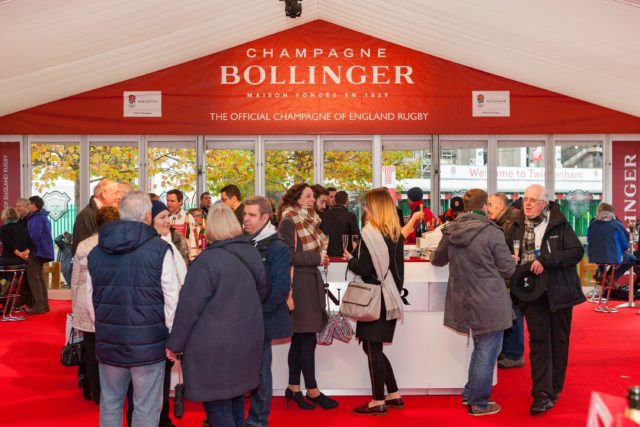 In sporting partnerships, Champagne Bollinger and England Rugby have extended their partnership for a further five years.

The partnership includes match day advertising and branding rights and bottles presented to both England men’s and Red Roses ‘man of the match’ across the Quilter International and Quilter Cup games.

An outspoken opponent of Dry January, French chef Alain Ducasse has slashed the prices of top bottles of Burgundy and Bordeaux at his restaurants to encourage diners to splash out on wine.

“I like swimming against the tide. I’m obsessed with selling wine,” Ducasse told The Guardian, revealing that he was “horrified” to see diners in New York drinking iced tea at lunch. 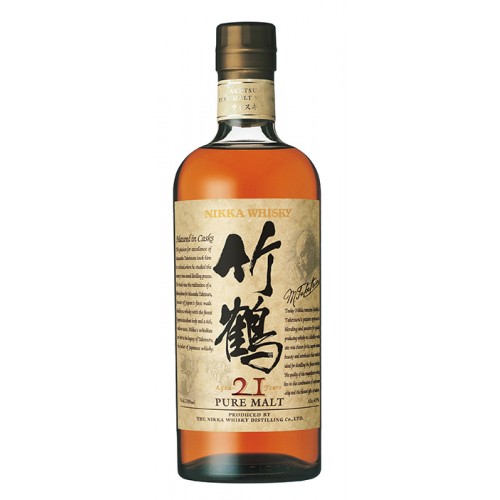 Japanese whisky is facing a shortage crisis after the boom that has taken place in recent years. Following on from famous house such as Yoichi, Hakushu, Hibiki and more, Nikka’s Taketsuru Pure Malt is also putting a halt to sales it has been announced.

Last week, Nikka made an announcement to Japanese suppliers that it is going to suspend the sales of 4 SKUs from Taketsuru Pure Malt this March. The exact cut off date vary depending on stock availability.